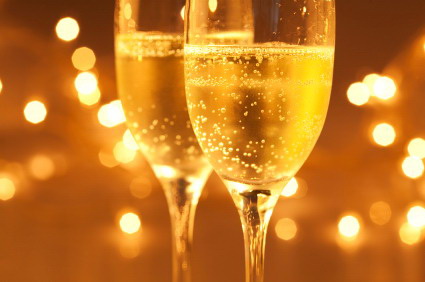 Most people think of champagne as the drink of choice to ring in the New Year. But when the price of one bottle averages $60, you might want to consider sparkling wine, which offers great taste for a fraction of champagne’s price.

Although champagne only comes from the Champagne region of France, almost every other region of the country and many countries around the world produce sparkling wines, often using the same techniques and grapes as champagne.

Most sparklers are a blend of the traditional champagne grapes—Pinot Noir, Pinot Meunier and Chardonnay.

Like champagne, they’re labeled according to their dryness, with extra b 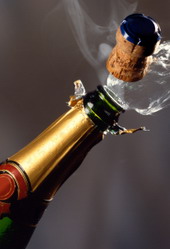 rut being the driest, followed by brut, extra sec, sec, demi-sec and doux.

This range of styles makes sparkling wine a great aperitif, one that whets the appetite. (Just the sound of the cork popping can get most people salivating.)

It’s also one of the most food-friendly of wines, able to pair with ingredients such as eggs, cream, vinegar, olives, spicy dishes, oysters and green vegetables that can overwhelm other wines.

The acidity and effervescence in bubbly cleanses the palate after each sip. During holiday celebrations, serve sparkling wine throughout the meal, not just when toasting.

Many French sparkling wines outside of Champagne aren’t carried regularly in the LCBO, but they are released periodically through the Vintages program.

The best come from cool-climate areas such as Burgundy, where they are called crémants de Bourgogne. Try François Labet or Charles de Fère from Boisset.

In the Loire Valley, sparkling Vouvrays, made from the Chenin Blanc grape, have less mousse, or fizz, but are still elegant and refreshing.

Look for Bouvet-Ladubay and Château Sainte-Radegond. Crémant d’Alsace is a blend of traditional champagne grapes and Alsatian grapes such as Pinot Gris, Pinot Blanc and Riesling.

Depending on the blend, they range from tart and citrusy to a steely, minerally sparkler. Good producers include Boeckel and Dopff au Moulin. 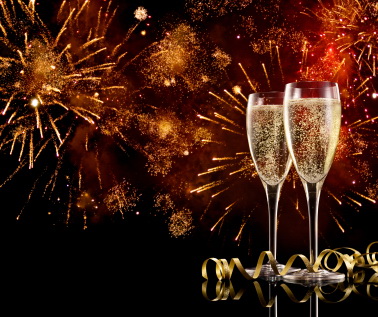 Italy produces two styles of sparkling wine. The first, Prosecco, is a dry, crisp wine, with a vibrantly floral, citrus character. About a third of Proseccos are called Frizzante; they have a lighter mousse than the majority of Proseccos, which are described as spumante, or fully sparkling.

The second Italian sparkler, asti spumante, is sweet because the grape juice is filtered before fermentation, which weakens the yeast by leaving it fewer nutrients to eat.

Astis have long been described as syrupy, fizzy concoctions; however, many modern versions are floral, fruity and refreshing, such as those from Martini and Rossi and Fontafredda. For Proseccos, look for Sandi and Valdoebiadene.

Spanish sparkling wine, or cava (meaning cellar), offers some of the best values. Cavas are made using the traditional champagne method, but with three white Spanish grape—Macabeo, Parellada, Xarello and, increasingly, with Chardonnay.

By law, cavas are aged in the bottle a minimum of nine months; the grand reserves, thirty-six months.

Cava spends less time on the lees (the wine’s dead yeast cells) than does champagne, and it therefore tastes less yeasty and more earthy, with a deeper golden colour.

Like Italian sparklers, a warmer climate means that cavas are less acidic than champagne; however, they can still be refreshing.  Try Codorniu Brut Clasico, Freixenet Cordon Negro or Segura Viudas.

Ninety-five percent of German sparkling wine is known as Sekt, mostly made from a variety of white grapes. 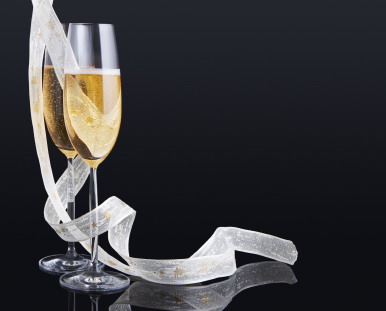 Only Deutscher Sekt is made from traditional German grapes Riesling and Müller Thurgau, and is considered the better quality of the two wines. German sparklers have a zesty mineral character.

They are usually either trocken (dry) or halbtrocken (medium dry). Good labels include Henkell Trocken and Kupferberg Gold. Deutscher Sekt, due to its smaller production, is more difficult to find in Ottawa, but when you do, it’s worth trying.

Due to warmer climates and style preferences, New World sparklers tend to be fruit-driven compared to the Old World.

As you open a bottle of bubbly this year, that fizzing sound will blend with your sigh of relief, knowing that these sparkling alternatives don’t cost their weight in gold.