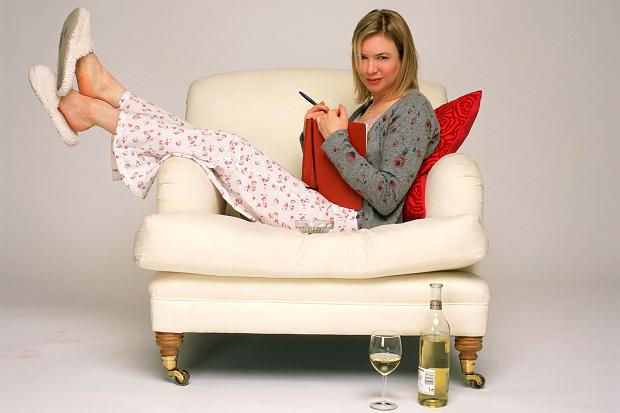 My dieting heroine is Bridget Jones from the movie of the same name—not because she was that successful in losing weight, but because she never abandoned her glass of chardonnay (and still managed to snag Colin Firth).

For me, dieting is unbearable if I have to give up all the sweets and my wine. (And if I stopped drinking, I’d be out of a job.)

The good news is that you can drink wine without getting fat. When it comes to both calories and carbohydrates, moderate wine drinking won’t ruin your diet.

Wine has no cholesterol, sodium or fat, and it’s low in carbohydrates. Several studies indicate that drinking a glass or two of wine a day may have little effect on our weight.

Regular, moderate wine drinkers tend overall to be slimmer than teetotallers, according to a study published in the European Journal of Clinical Nutrition.

A 1991 Harvard study, which followed 138,000 men and women over ten years, found that increasing their alcohol intake didn’t cause the subjects to gain weight. 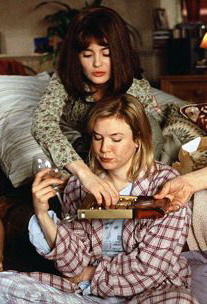 In fact, the women decreased their body weight by an average of about 15% instead of gaining the weight predicted according to the calories they consumed. Intriguingly, the men’s weight stayed the same.

Scientists are mystified about this because it runs counter to the expectation of wine being fattening since it does add calories and should give us the munchies. Wine raises blood-sugar levels and then drops them quickly—which can result in food cravings.

One reason for the lack of weight gain may be that the human body treats alcohol like a toxin. So unlike most foods, wine is processed by the liver, rather than the stomach, to remove it from our system quickly.

Our livers convert most of the wine into a relatively benign acetate, which it releases into the blood. Very little is turned into fat; and the body burns this acetate for fuel before it starts on its own stores of fat.

As well, it’s thought that the anti-oxidants and flavanoids in wine possibly also accelerate the breakdown of body fat.

Of course, calories consumed aren’t the only predictor of weight gain; other factors play a role too. For instance, moderate drinkers tend to have healthy lifestyles that include good diet and exercise. Perhaps they also have a natural tendency to be slimmer, with higher metabolisms.

For the gender difference, some scientists hypothesize that women may metabolize alcohol differently from men: the calories in wine somehow burn more quickly.

Just how many calories are there in alcohol? All alcohol, including wine, contains seven calories per gram. That’s less than fat itself, which has nine; and more than the four calories in both protein and sugar. In terms of what you actually drink, a five-ounce glass of dry red or white wine has on average 110 calories.

The total calories per glass depends on sugar and alcohol content—and varies from wine to wine. The alcoholic strength is expressed as a percentage of the bottle by volume, and is usually noted in small type at the bottom of the label.

Alcohol contributes more calories than sugar. For example, a six ounce glass of…

Continue to Part 2 of Wine Calories …