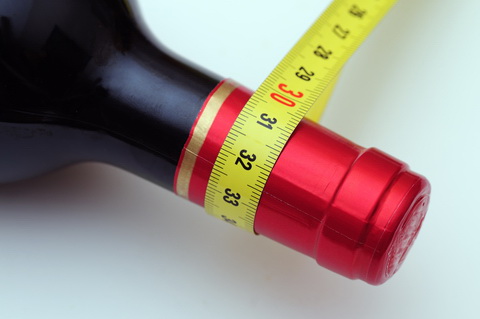 Alcohol contributes more calories than sugar. For example, a six ounce glass of slightly sweet German riesling, with just 7% alcohol, will still have fewer calories (about 110) than a dry, robust Australian shiraz with 15% at about 175 calories.

Over the past five years, the level of alcohol in many wines has been increasing steadily. This is particularly true for wines from warm climates such as Australia, Chile and California.

Grapes are being picked later in the season when they’re riper and laden with sugar, and consequently get fermented into higher-alcohol wines.

The combined sweetness and alcohol in dessert and fortified wines also make them caloric. For example, a two-ounce glass of port at 20% alcohol with 10% residual (left-over) sugar has about 300 calories. By contrast, a 12-ounce bottle of beer has 150 calories and an 8-ounce glass of whole milk has 160 calories.

For people on the Atkins Diet (as more than 60 million North Americans are now), dry wine looks even better. Carbohydrates are essentially sugars, either simple (honey, sugar, candy) or complex (fruit, vegetables, bread).

A slice of bread, for example, has about fifteen grams of carbohydrates. Although wine derives from fruit, dry w 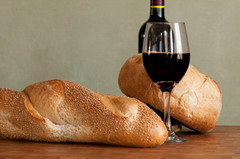 ine isn’t considered a carbohydrate because the fermentation process converts all the grape sugar into alcohol.

You sometimes find the sugar level of a wine on the store shelf tag expressed as a number, with “0” meaning completely dry, “1” meaning it has a little sweetness and so on.

A five-ounce glass has just 1.25 grams of sugar—well under the seven grams that’s considered low-carb, which would have made the late Dr. Atkins happy.

Actually, both the Atkins and South Beach diets recommend cutting out wine altogether during the initial two-week “induction phase,” because your liver has to process it before your body can start burning fat.

Such diets may be faddish, but several wine producers have taken notice. Several years ago, Brown-Forman, an American 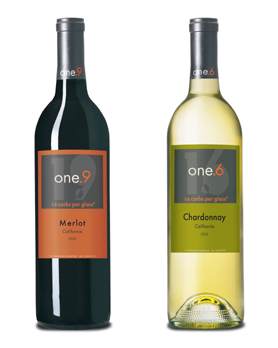 wine and spirits conglomerate, launched two low-carb wines: One.6 Chardonnay and One.9 Merlot.

Their names indicate the carb counts per five-ounce glass, which is only half of what’s in most wines. The secret, apparently, is a “powerhouse yeast” that ferments all the residual sugar in the wine.

However, this also increases the calorie count. The low-carb wines have alcohol levels of 13.5%, making them full-bodied both in the mouth and on the hips. One.6 chardonnay has 120 calories per glass; One.9 merlot has 125.

Other companies, rather than formulating new wines, have simply relabeled existing brands. Diageo, another large American alcohol distributor, created bottle-neck labels for its California wines such as Beaulieu Vineyard BV Coastal, Sterling Vintners Collection and Century Cellars, to indicate that they’re low-carb and to give the calorie counts.

The company is also using this labelling for some of their spirits, such as Smirnoff vodka, though the mixers that often accompany spirits aren’t low-carb.

Several years ago, the U.S. Alcohol and Tobacco Tax and Trade Bureau ruled that wine producers could include such information on their labels. Until then, wine has never been considered a food and therefore it was never required or permitted to advertise health benefits. But the Bureau has reservations about the practice. 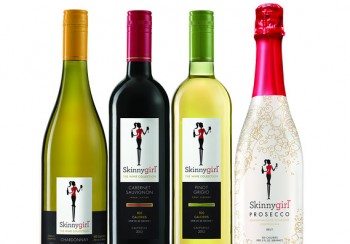 The irony, of course, is that all dry wine qualifies as low-carb, whether it says so on the label or not. And for different marketing reasons, other wine producers are hesitating to jump on the low-carb bandwagon.

Some believe it would give consumers the impression that their other wines, not being labeled, are therefore high in carbohydrates. Others think that these claims would diminish their upscale image.

But if the initial sales are any indication, such fears may be groundless. Within two weeks of announcing their new low-carb wines, Brown-Forman received orders for more than …