On CTV News, we chat about pairing wine with tomatoes, from heirloom to vine-ripened varieties.

In Ode to the Tomato, Chilean poet Pablo Neruda described them as “the stars of the earth” that are upon the table, belted by summer” and “grant us the festival of ardent color and all-embracing freshness.”

Now is the time to indulge in tomatoes while they’re in season with their thin skins that slide off plump like silk lingerie and yield their juicy, chin-dripping pleasure—the opposite of those tired February pellets that taste like mid-winter despair. 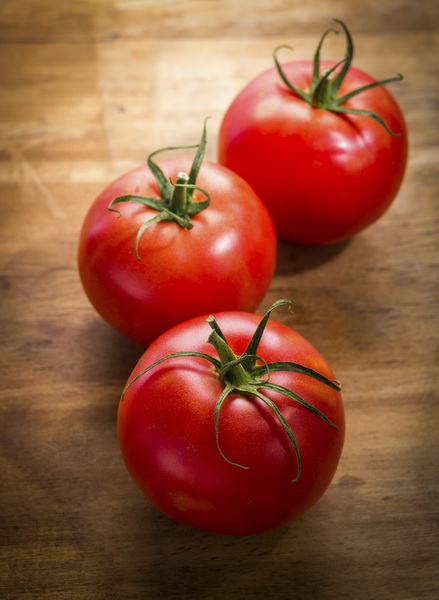 Tomatoes hang heavy in our backyards and fill farmers’ markets bins, or as Neruda envisioned: “The street filled with tomatoes, midday, summer, light is halved like a tomato, its juice runs through the streets.”

Let’s imagine we’re going to eat an all-tomato meal. Let’s start with raw tomatoes, which can be tough on wine with their high acidity.

I’d suggest a crisp, white wine like this Lenz Moser Gruner Veltliner from Austria, which I call salad in a glass. It has vibrant acidity to match the sliced tomatoes on a caprese salad with buffalo mozzarella, basil and olive oil.

These other ingredients soften the perception of acidity in the tomatoes. Salting raw tomatoes achieves the same effect. In the 1950s, the Trattoria da Vicenzo on the Isle of Capri created the first insalata caprese.

This Gruner would also work with gazpacho, or other cold tomato-based soups. You could also try a zesty Italian red wine with good acidity that’s not too fruity. 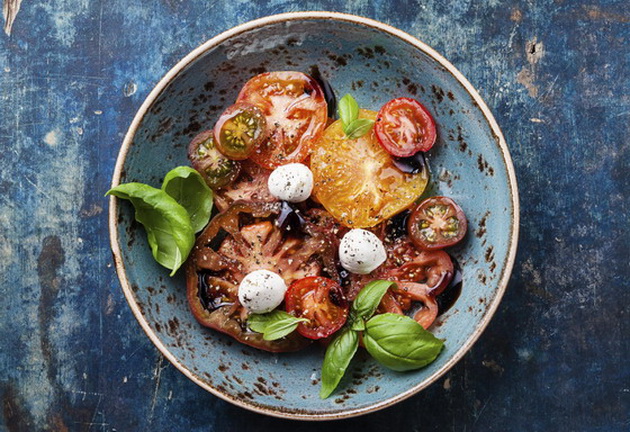 In tomato chutney, the pairing challenge isn’t the tomato, but the vinegar, which can wreak havoc on wine unless you have one with vibrant acidity to match like a Barbera.

Cool-climate pinots from Burgundy, Canada, New Zealand, and Oregon have the edgy acidity and tartness needed for tomatoes, like this Inniskillin Pinot Noir.

Sun-dried tomatoes are like grapes and people, the longer they hang around on the vine or the planet, the more they become themselves, concentrated wizened versions. The drying process increases their umami flavour, that savoury deliciousness that comes from their high glutamate, an amino acid, which continues to rise as they ripen. 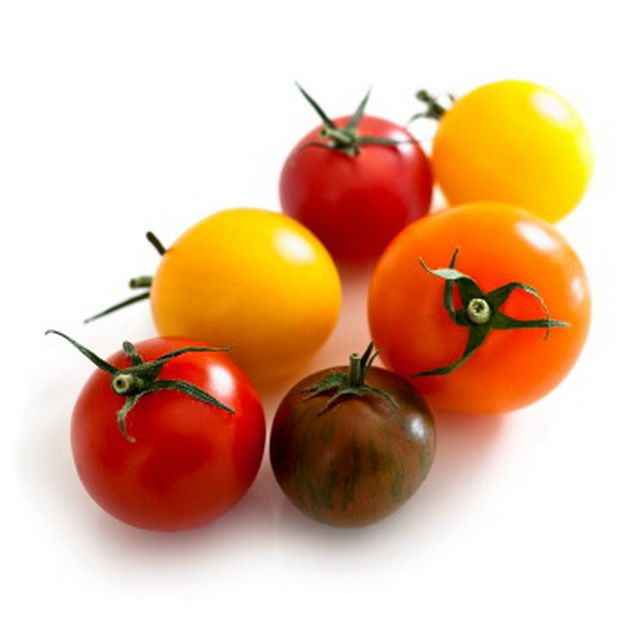 Umami is the fifth taste, along with sweet, sour, bitter and salty, that we detect in our mouths and it signals high-protein foods. We salivate and produce digestive juices in response. Umami is great for our health, as are other components in tomatoes including anti-oxidants, such as lycopene, that are believed to decrease the risk of certain cancers and decrease inflammation.

When tomatoes are served warm but not cooked, try a zesty rosé, or even better a rosé cider from Quebec like this one from Cidrerie McKeown Rosé Cider.

Of course, not all tomatoes are created equal. The yellow, golden, and purple varieties are sweeter than the red, so they require a wine with a bit softer acidity and more ripe fruit aromas, like this Californian Pinot Noir from Imagery. It has the juicy, ripe berry fruit flavours that go well with these sweeter varieties of tomatoes, including more than 175 varieties of heirloom tomatoes in various sizes, shapes, colors and tastes.

One of the most famous types of tomato is San Marzano, a plum tomato that’s longer and thinner than other tomatoes and is renowned for its flavour that balances sweetness and acidity. There’s also cherry tomatoes and cuore di bue or ox hearts, named after their shapes.

Tomatoes are often served cooked in a multi-ingredient dish or in a sauce, such as ratatouille or marinara, which makes them far less harsh. The cooking or roasting process brings out a more caramelised sweetness in tomatoes that further softens the acidity. 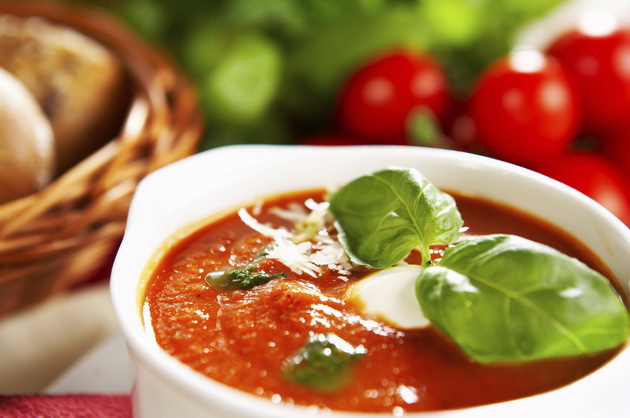 Many Italian reds are even described as having the aromas and flavours of sun-dried tomatoes. Try juicy Italian reds, such as barbera, valpolicella, and dolcetto—all have complementary ripe red fruit aromas, a touch of spice, and a mouth-awakening acidity. Try this Monte Zovo Sa’ Salin Ripasso Valpolicella.

With a Neapolitan pizza, the cheese really softens the acidity in the tomatoes – try Relax Riesling or the Malbec. 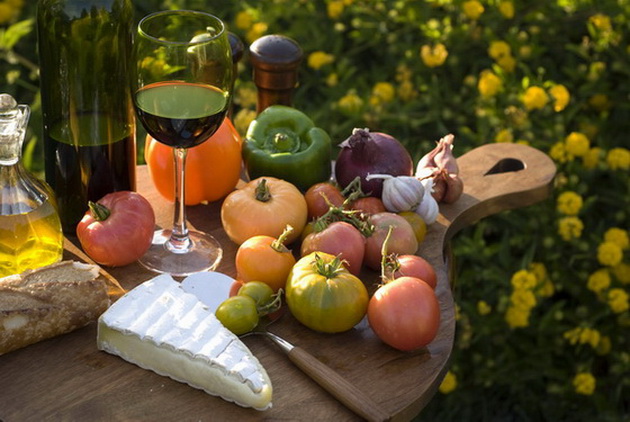