What’s old is often new again and that’s the case when it comes to alcohol. In fact, the oldest alcoholic beverage, mead, is having a resurgence! So, grab your goblets because here to highlight meaderies from across the country is Natalie MacLean who offers Canada’s most popular online wine classes at nataliemaclean.com. Welcome, Natalie!

Natalie, I had never heard of mead before so let’s start with explaining what it is and how long it’s been around?

Mead is fermented honey and water. It’s been around for at least 12,000 years, the world’s oldest alcoholic beverage.

Honey wine is what those party-hardy Vikings quaffed after a long day of plundering and pillaging. In Norse mythology, the god Odin in Valhalla, got his strength from mead. Newlyweds got their fertility by drinking mead every night during a new moon cycle. This is where we get the term “honeymoon.”

And I don’t want to leave out the fun-loving Celtic Druids, ancient priestesses, dancing around forest campfires for Summer Solstice. These are my people and probably where I got my thirst for fermented drinks.

How does the taste generally compare to wine?

Mead usually tastes like its honey-base, but also of the fruit that may have been added to it for balance since honey has no tannin or acidity. Like wine, mead ranges in style from bone-dry to dessert sweet.

How strong is it?

Mead ranges in strength from 6 to 20% depending on how it’s made. There are actually more than 300 types of honey in North America dozen made from nectars of many different flowers and herbs, from thistles and clover. Most meads are best served chilled in a white wine glass.

Why is mead gaining so much popularity again now?

Mead makes a comeback every three to four thousand years. Kidding. It fell out of favour originally when it became easier to make wine and beer. Plus, you didn’t have to deal with an angry swarm of bees who really wanted you to mind your own beeswax. 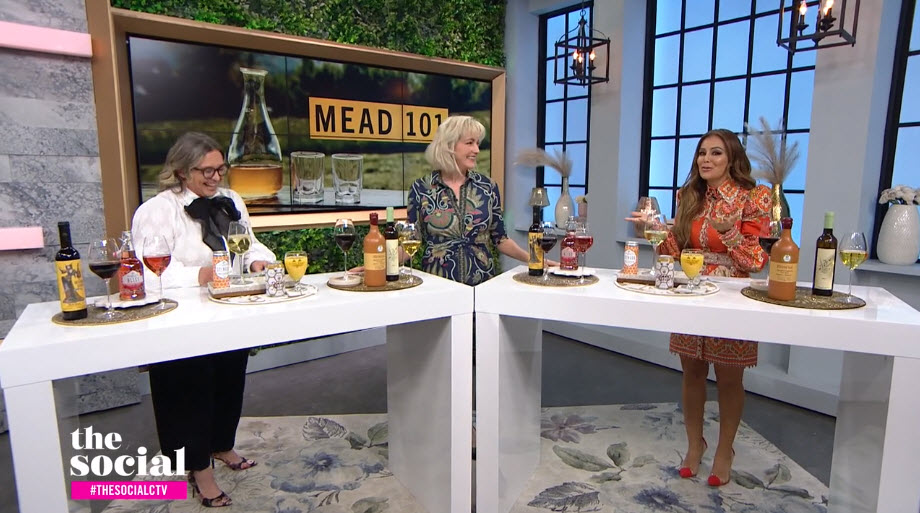 Mead is now experiencing the same resurgence as craft beers. People are interested in more variety of flavours as well as supporting local producers. It also pairs nicely with all those goblet-gulping shows from Game of Thrones to various Viking series.

All of these meaderies ship across Canada – you can order directly from their websites. On average they’re a fraction of the price of wine, which really takes the sting out of your wallet.

The first meadery you’re highlighting today is in Prince Edward County. Tell us about it.

It’s called Millefleurs Meadworks, which means a thousand flowers. They have an apiary or collection of more than 100 beehive colonies in Prince Edward County. This beautiful estate winery is surrounded by sweeping fields of lavender, along with Dahlias, Sunflowers, zinnia and sage. Bees collect the nectar from flowers, herbs and fruit trees and convert it into honey. 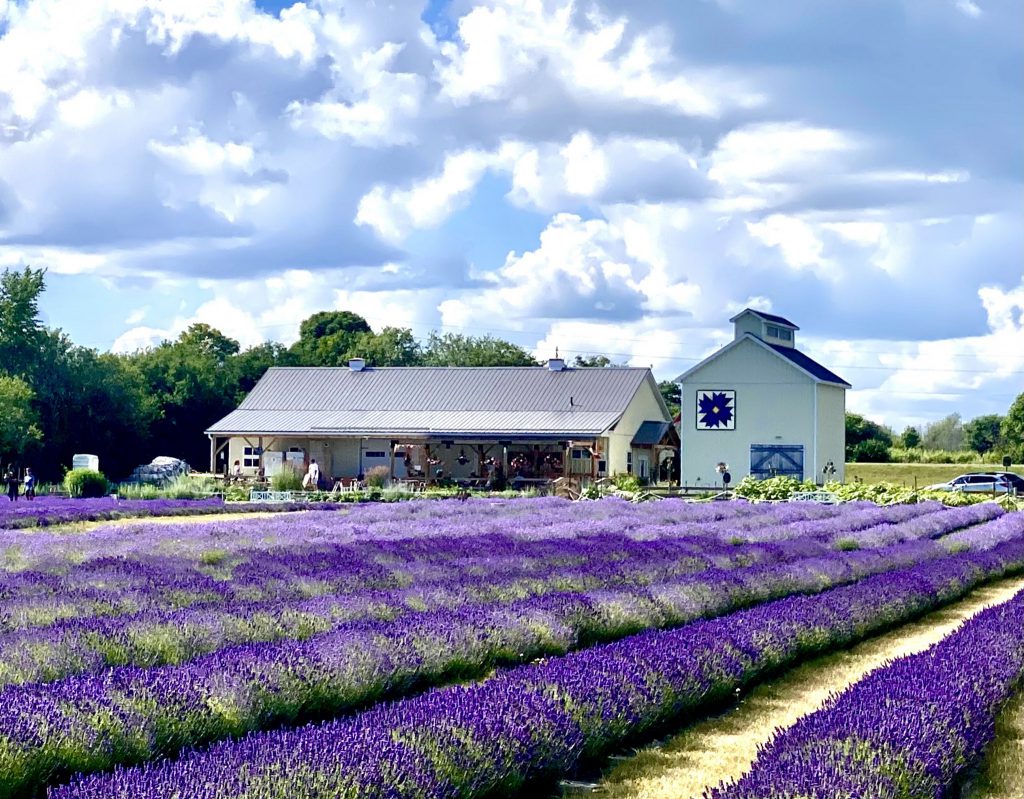 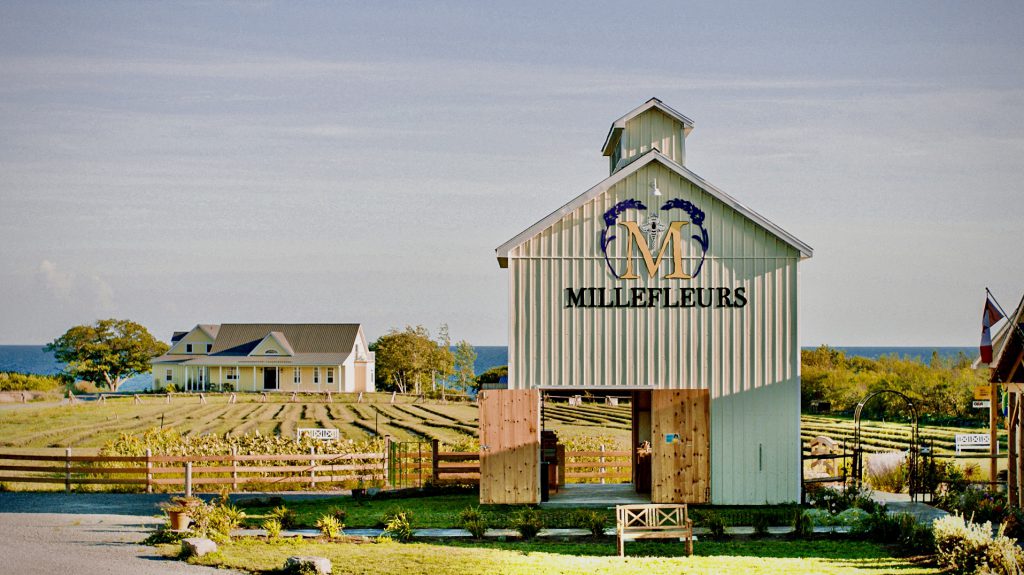 Tell us about the mead we’re sampling.

She’s called the Brooding Queen and is a co-fermentation of honey and black currant berries (cassis). A wide variety of other fruit, spices and herbs are often added to mead to further widen the variety of flavours. This is aged in a stainless steel vat for eighteen months. It offers aromas of ripe cassis and cracked walnuts, with bright acidity, a touch of saltiness and smoke. Pair it with shellfish, mushroom risotto or venison.

Now we’re going to the west coast. Tell us about the first mead we’re trying from British Columbia.

These meads come from Meadow Vista Honey Winery is in nestled in Kelowna in the Okanagan Valley, also famous for its grape-based wine. 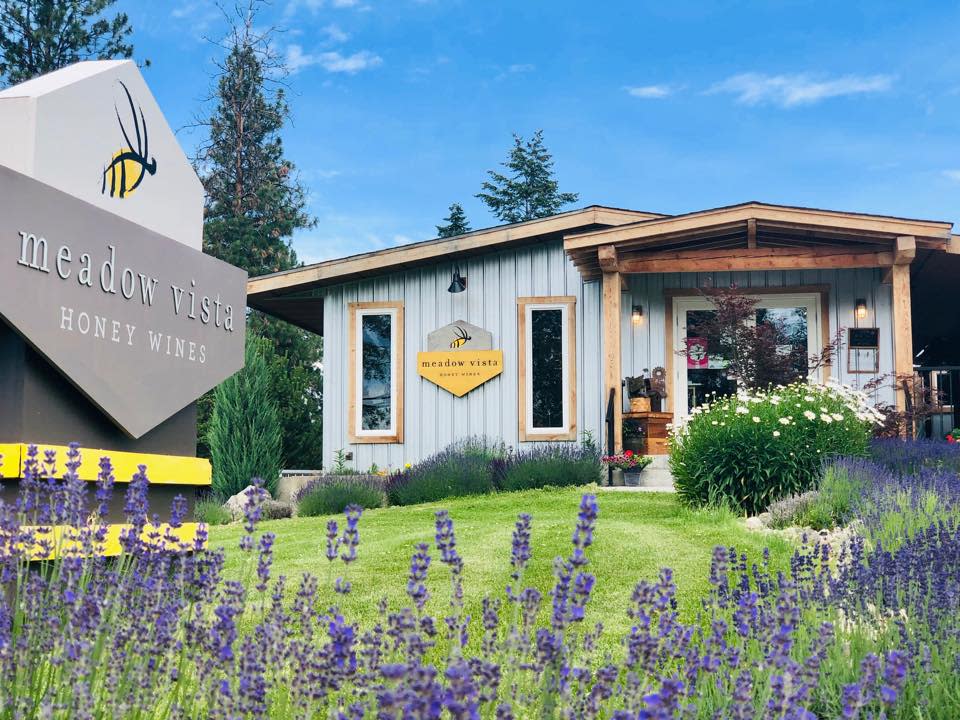 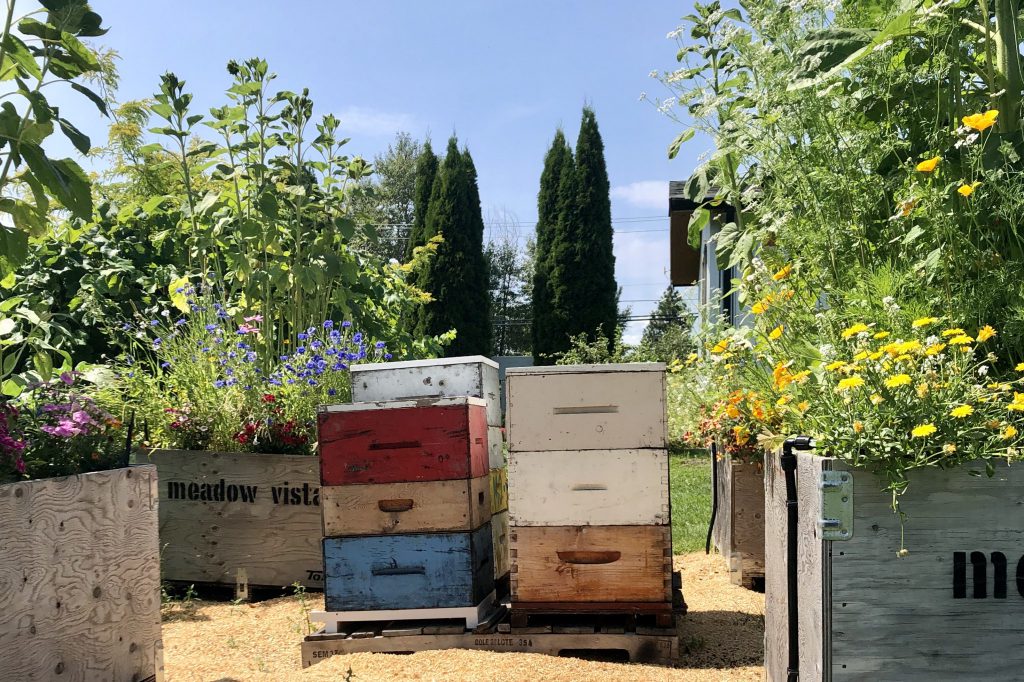 The first mead is their Cherry Bliss Sparkling, a lovely blend of B.C. cherries and honey. It’s made similarly to the method used for Prosecco is made in a vat to create the bubbles. It features notes of bing cherry and dark plum. Pair this bubbly with grilled seasonal veggies and meats.

What’s the second mead we’re having from BC?

This is their Vanilla Peach Bellini, a trendy canned cocktail, with just 8% alcohol. It’s a blend of their honey with juicy Okanagan peaches and a hint of vanilla. Pair it with charcuterie boards and vanilla ice cream. Serve it over ice, chilled.

Now we’re heading East to New Brunswick with this next mead. Tell us about it.

This is Queen’s Nectar from Pollen Angels in New Brunswick. Queen’s Nectar is a Cyser, which is a Mead that is produced by combining honey with apples. Their restaurant chef says it pairs with air and anything else on the plate. 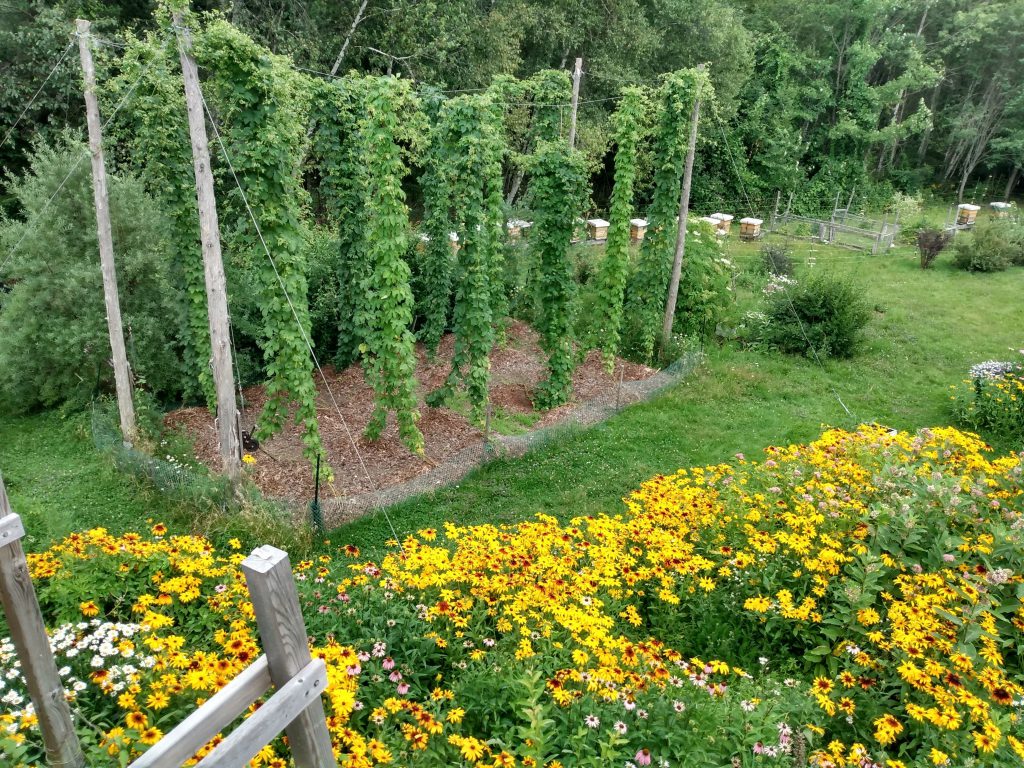 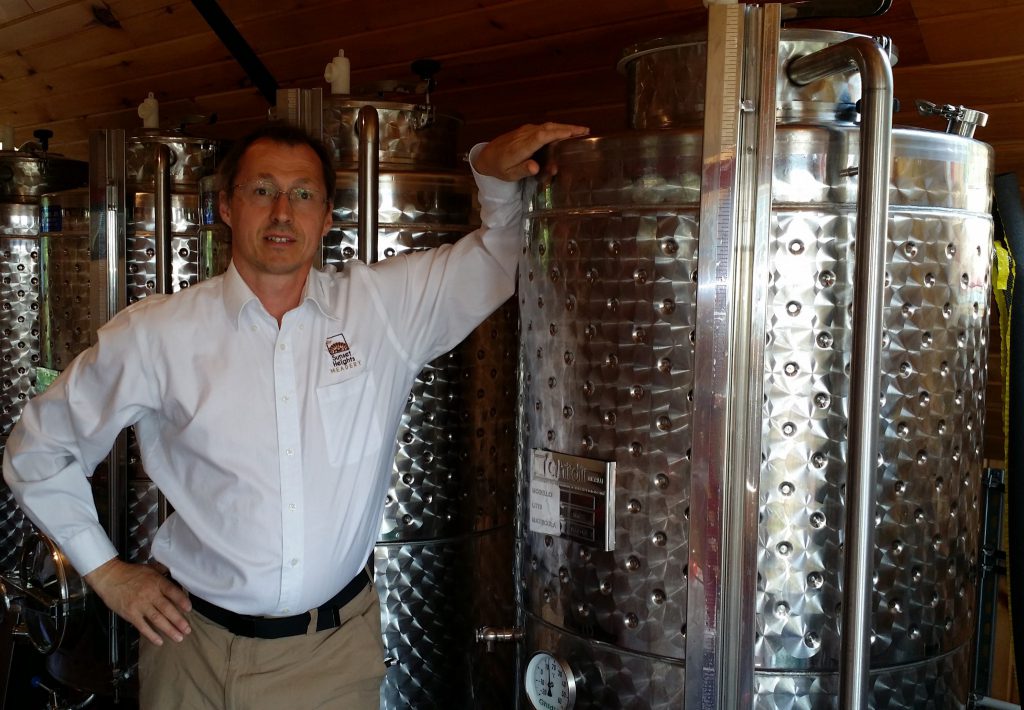 Queen’s Nectar also acts as the perfect base to make your own blends as it has a tendency to amplify any flavours it encounters. They suggest using it as a base for cocktails, as simple as blending with a single malt or as complicated as you’d like.

The simplest form is to make a MeadMosa that I have for you to try. 1/3 freshly squeezed OJ blended with 2/3 Queen’s Nectar will change Sunday Brunch for life.

Now this is a meadery from Quebec called, Intermiel

Intermiel was founded in 1976 by husband-and-wife team Viviane and Christian Macle in Saint-Benoît, Quebec. Their daughter and her husband Cyril have since taken it over and today they have more than 5,000 beehives, as well as 14,000 maple tree sugarbush and a 600 apple tree orchard.

It attracts more than 100,000 visitors a year, of which 15,000 are students from Québec schools as they have a marvelous education program to teach kids about the bees and the bees. 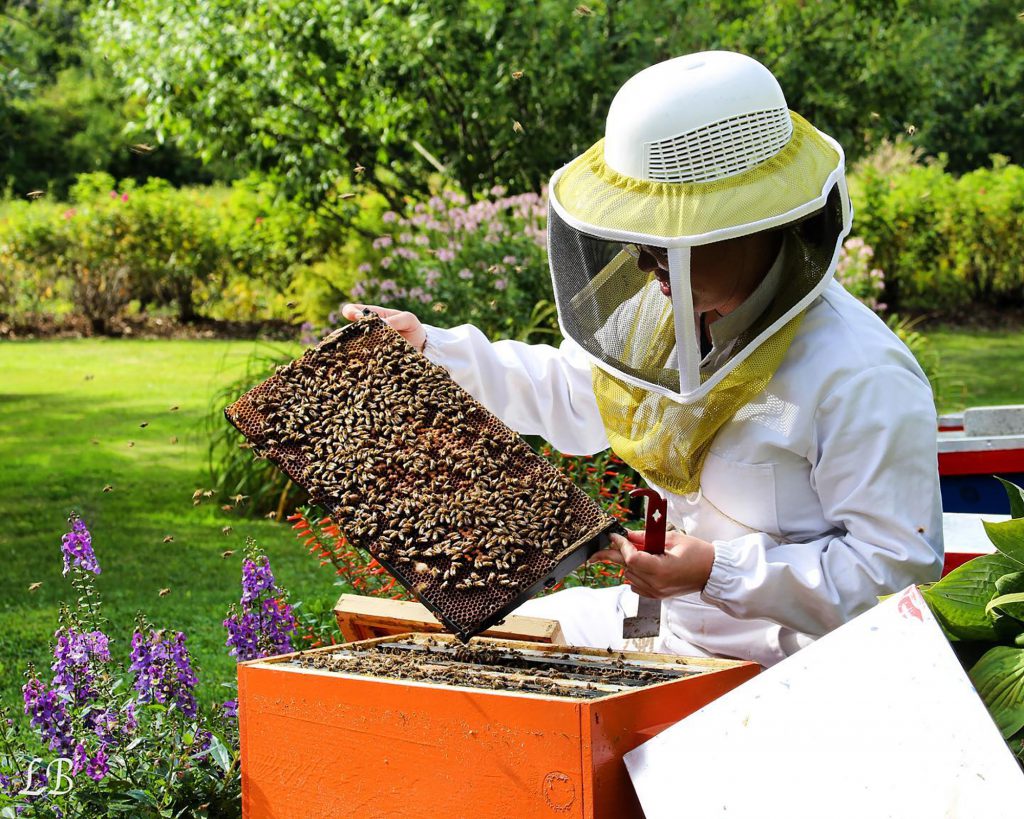 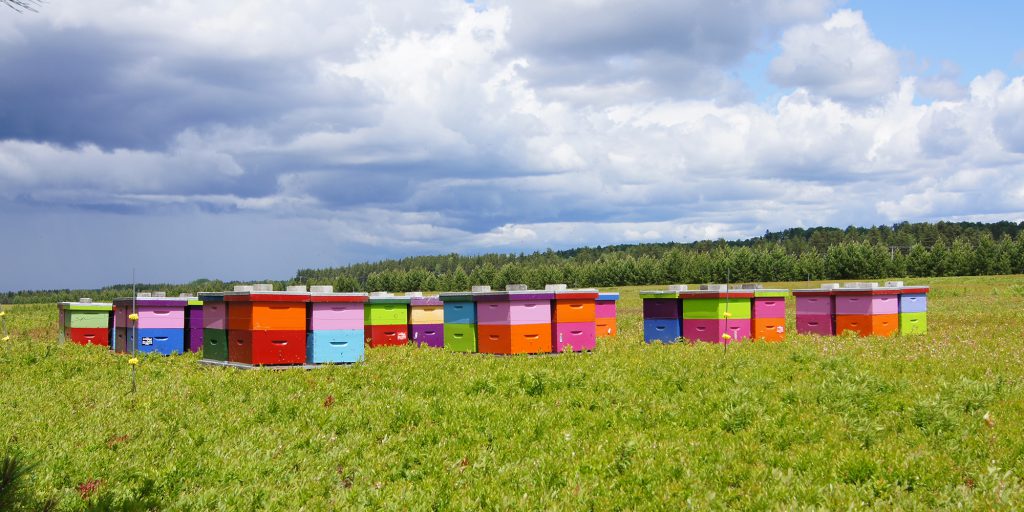 Their Médiéval mead is aged in oak barrels. Buckwheat honey gives it a rich, dark amber color and aromas of dried apricot, forest floor and vanilla spice. This mead has won gold medals in several competitions. Pair it with a fruit flan, marzipan or blue cheeses.

Another husband-and-wife team Eugene and Renata Roman started the Rosewood Estates Winery and Meadery on the Beamsville Bench in Niagara in 2000. Eugene’s father gave him his first beehive when Eugene was just six years old. Today the meadery is run by their son, Will.

The Legacy Cyser co-ferments apple juice and honey to create a mead with notes of wildflowers, fresh apple and honey. It pairs well with savoury and fruit-based desserts. 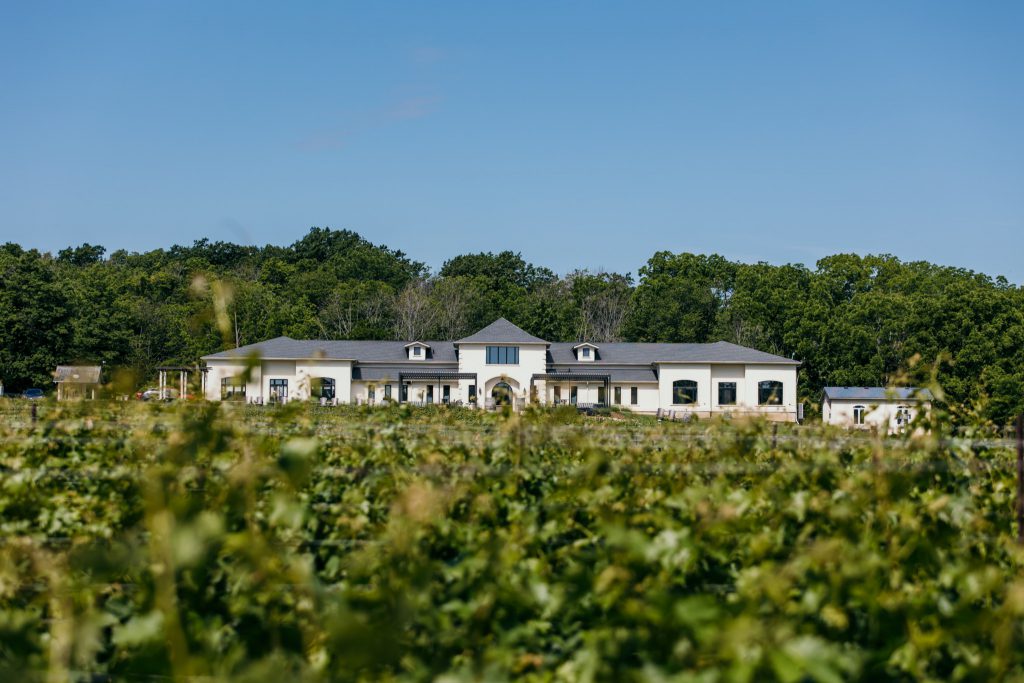 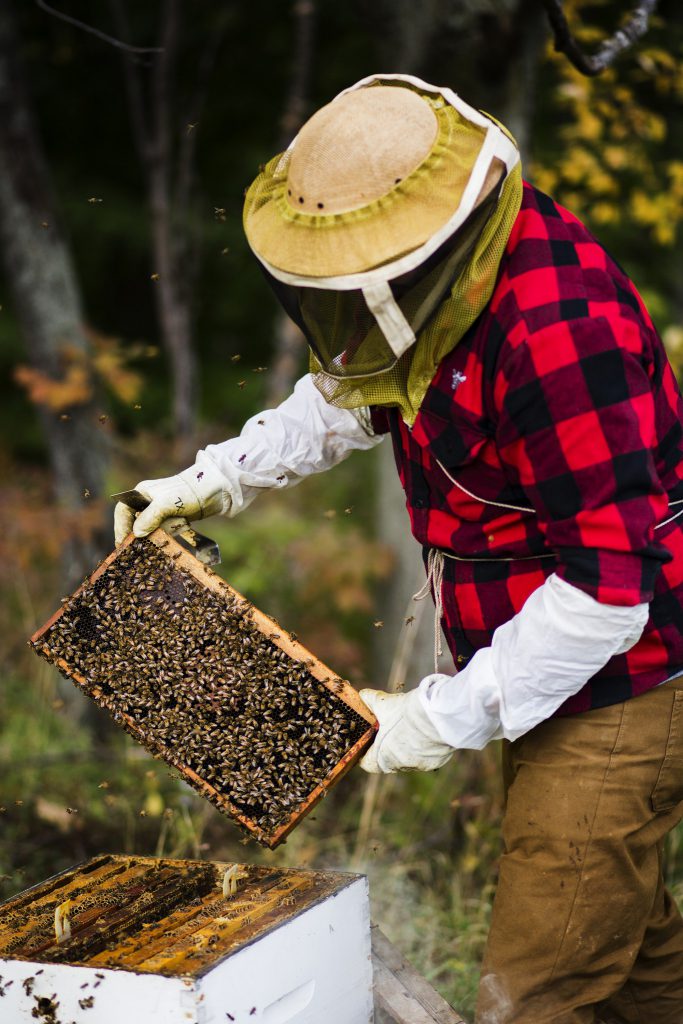 This has been a phenomenal education, we love it when you bring this kind of information. Thank you, Natalie.