Our guest this evening is a third-generation winegrower from one of America’s most historic winemaking families.

At just 10 years old, she tended the gardens with her father and grandfather, and spent her high school summers working alongside her brothers and sisters at the Gallo Family Vineyards.

After studying winemaking at the University of California at Davis, she became an apprentice winemaker under the careful guidance of her grandfather Julio Gallo.

And she joins me live now from her home in Napa Valley: Welcome to the Sunday Sipper Club Gina Gallo!

Note: YouTube has the audio and video out of sync. So either close your eyes and listen, or you can watch it on Facebook here.

On a personal level, you’ve mentioned that finding balance is your most difficult challenge: how do you do it? Is it harder as a woman in the wine industry, than for a man? Why?

You’ve also mentioned that you’re a breast cancer survivor: what was essential to you during that time when you were fighting the disease?

Why are food banks a special interest for you?

What were the most important lessons that your grandfather, Julio Gallo, taught you?

What was the exact moment when you realized that you wanted to make wine? Tell us exactly where you were? What triggered the thought? How did you feel? What was the next step you took to get going on the path to winemaking?

What’s your favorite failure? Where were you? What happened? How did you feel? What did you do to recover? What did you learn from this experience that made you stronger or better in some regard?

On a related note of adversity, in your opinion, what changed for the California wine industry with the wild fires?

Now take us to the best moment of your wine career: what happened? Where were you? What happened? How did you feel?

What’s the most memorable thing someone has ever said about your wines?

What was something you were wrong about as it relates to making wine?

Describe the downright weirdest wine pairing you’ve ever had? Where were you? Describe the food in detail and the flavors? Which wine? Did it work or not as a pairing?

Gina Gallo developed a deep respect for the land early on. At just 10 years old, she tended the gardens with her father and grandfather, picking fruits and vegetables that her mother and grandmother would turn into family meals. She spent her high school summers working alongside her brothers and sisters at our family winery.

After studying winemaking at the University of California at Davis, Gina became an apprentice winemaker at E. & J. Gallo Winery, under the careful guidance of her grandfather Julio. Soon, she completed her first full harvest in Sonoma County, working side by side with her brother Matt, who has grown the grapes for Gina’s wines for more than two decades.

Today, as the winemaker behind our Gallo Signature Series, Gina carves out specific blocks on our most sought-after vineyards to hand craft limited batches of wine. 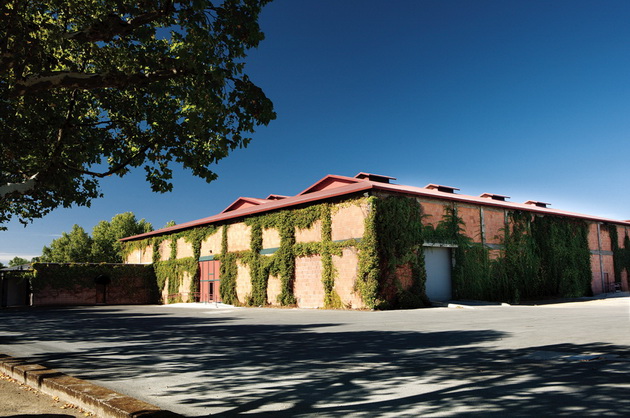 Alan Cameron · 38:44 You two deserve an afternoon together …on a hill-side with a couple of casks, and someone to write down everything you say !

Paula Oreskovich · 32:09 Love Gina Gallo! So proud of all she does for the California Wine industry. Can’t wait to see what the future holds for her and the Gallo team!! 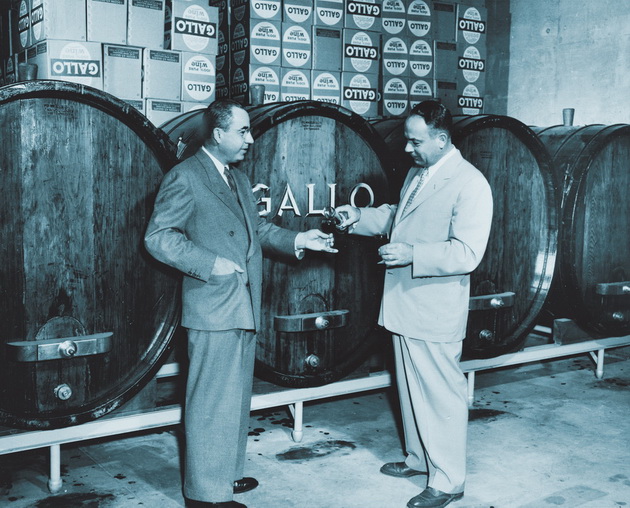 Lori Kilmartin · 25:03 A lady after my own heart! Always learning!!

Paul E Hollander · 48:49 The Gallo portfolio of wineries is so extensive. Had a Wm Hill a couple of months ago.

Sam Hauck · 20:15 Good to hear what Gallo is doing in terms of sustainability.

Lori Kilmartin · 57:00 Thank you Gina! Please come back for another segment! Soon!! 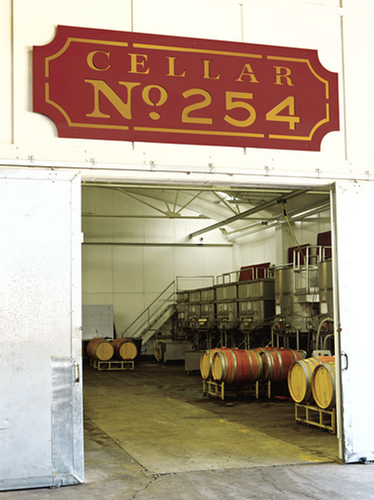 Lori Kilmartin · 48:39 My mouth is watering hearing about these wines!!

Lori Kilmartin · 38:35 How many family members work for the winery today?

Kari Fox · 14:31 How did the drought and then fire affect your business?

Tim Belch · 37:08 Has she ever used a wine consultant as portrayed in the documentary Vino Mondecino? 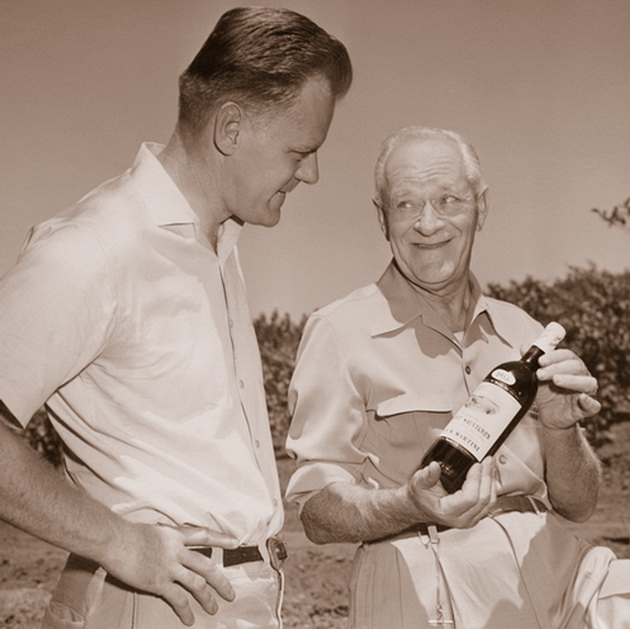 Paul E Hollander · 9:04 Recently enjoyed a 2010 Signature Series Napa Valley Cabernet Sauvignon. It “blew our socks off” it was so good!

Paula Oreskovich · 36:59 Gina–what is the biggest issue facing the California Wine industry in the future?

Jenn Havers · 51:21 What a wonderful description of that Chardonnay! I feel like I can taste it! 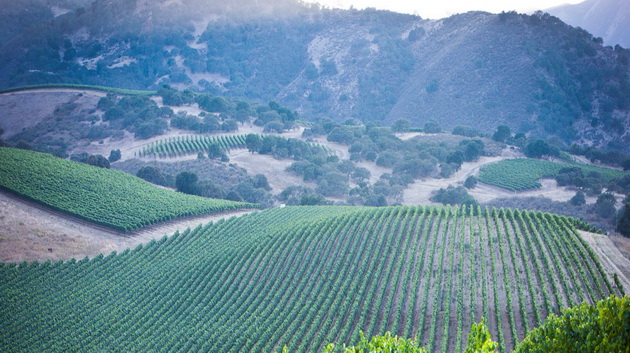 Beverly Asleson · 28:42 I love her enthusiasm of wine and family history

Stephen Andrews · 58:04 Thank you Gina and Natalie for a most enjoyable program tonight. Very entertaining.

J Laurie Demmings · 56:19 Thank you from the bottom of my Wine Glass Gina! Come back Soon

Lori Sweet · 37:34 Did the fires and drought have any effect on your many vineyards? 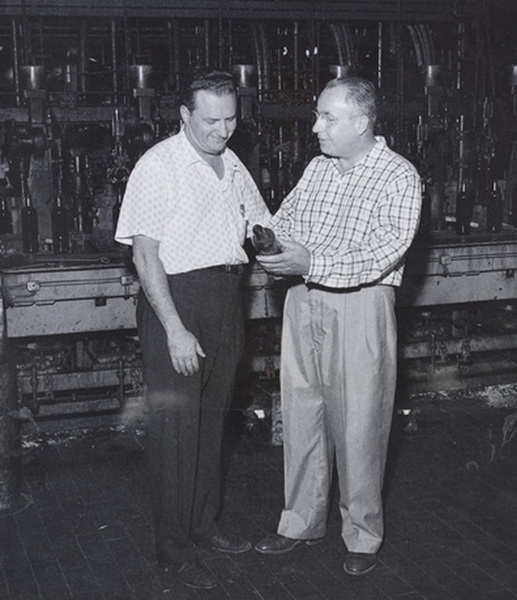 Rick Dalderis · 47:01 Does the availability of water in California effect Gallo?

James Norton · 39:43 What grape is undervalued

Darryn Varey · 38:18 Gina, how have the current weather patterns (the drought, the wildfires) affected your wine making?

Charlotte Cadieux · 53:16 You should have her again a part 2

Beverly Asleson · 57:51 Thank you Gina I enjoyed your story. Cheers 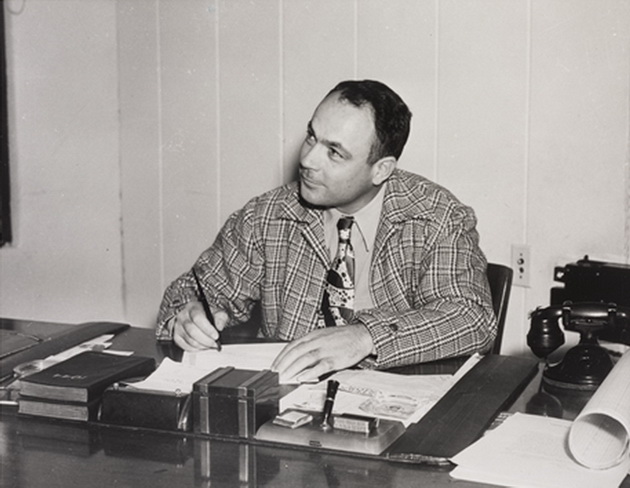 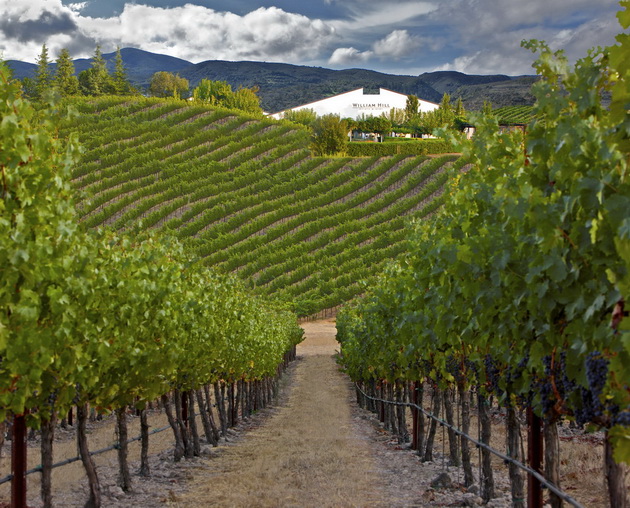 Paula Oreskovich · 35:07 Love the fact that Gina and family is so committed to innovation and what’s next. So important for the future of the California industry and not resting on its laurels.

Paul E Hollander · 0:00 Both wines were excellent but the Gallo, WOW! 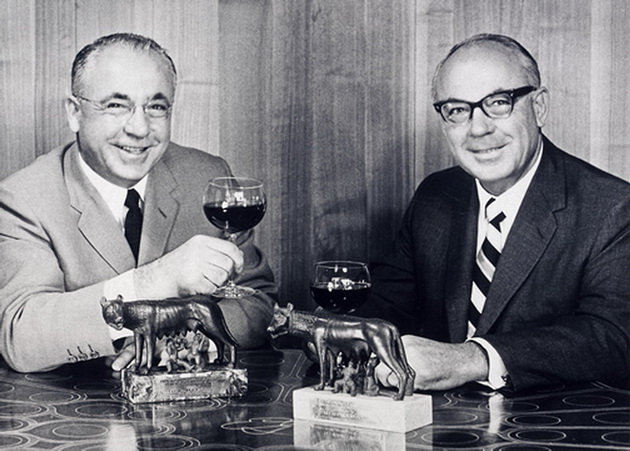 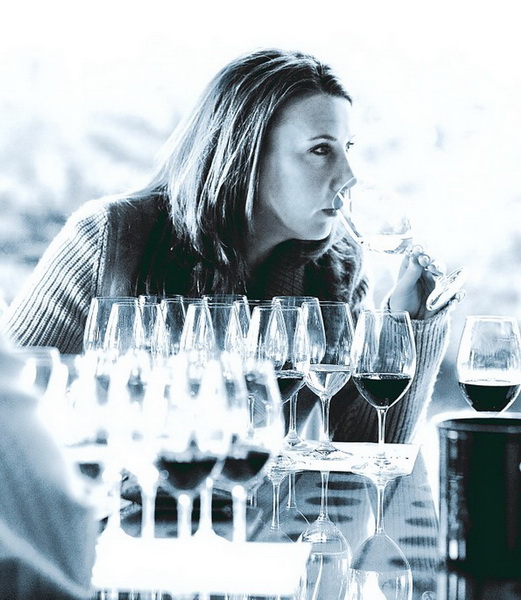 Deeply passionate about honoring the history of her family and the craft of winemaking, Gina Gallo is a third-generation winegrower from one of America’s most historic winemaking families. As the Senior Director of Winemaking, Gina is dedicated to bringing to life her singular vision of wine as a creative expression of the land demonstrating the unique qualities of that vintage.

Gina’s journey as a winemaker began when she was just 10 years old, tending the gardens with her father and grandfather and picking fruits and vegetables that her mother and grandmother would use for fresh, seasonal family meals. One of eight brothers and sisters, Gina has fond memories of how her family’s shared passion for food and flavor brought the generations together. “It was not just about the food, but the people at the table,” said Gina. “We were always there with my mother’s parents and my father’s parents. We learned so much about our history and their history through these meals.”

Gina spent her high school summers working at the Gallo family’s winery, later joining the Gallo sales team after earning her bachelor’s degree from Notre Dame de Namur University. Following in her grandfather’s footsteps, she found her true calling as a winemaker. In 1990, she became an apprentice winemaker at the Gallo family’s experimental micro-winery in Modesto, CA while she also studied winemaking at the University of California at Davis. Under the tutelage of Julio Gallo and Marcello Monticelli, a 30-year veteran of the Gallo team, Gina flourished in the cellar. Three years later, she completed her first full harvest in Sonoma County, working side by side with her brother, Matt. He grew the grapes and she made the wine, in a partnership that has thrived for more than two decades.

Today, as the winemaker behind Gallo Signature Series, Gina is intimately engaged with the Gallo family’s premier estate vineyards in Napa, Sonoma and Monterey Counties. As winemaker, she values the entrepreneurial history of her family, using her experience and creative vision to craft luxury wines from these exceptional vines.

Giving Back to the Community

Now as a mother of two and living with her husband, Jean-Charles Boisset, in the Napa Valley, Gina is committed to her community, particularly organizations that support her passion for healthy, nourishing food. Gina is a board member of the American Farmland Trust, which works to preserve agricultural land, and Taste of the NFL, which raises funds and awareness for food banks and anti-hunger initiatives.

Gina has also been honored with several awards and accolades. She was a 2016 inductee to the James Beard Foundation’s Who’s Who of Food & Beverage in America. Additionally, she was named one of the Most Innovative Women in Food and Drink by Fortune magazine, as well as being named #17 on Decanter magazine’s “Power List” of the most important men and women in wine. Gina also received an honorary Doctorate in Oenology from Johnson & Wales University in Providence, Rhode Island in 2008.

What makes a wine truly special? The most memorable wines hint at the nuances of the vineyard. The most elegant wines reveal the craft of the winemaker. But a wine is much more than grapes and barrels. In many ways, a bottle of wine is a story. A story of words and years and people, woven into every glass.

The Gallo Signature Series honors an extraordinary story that began in 1933. It celebrates the Gallo family’s estate vineyards in Sonoma, Napa and Monterey Counties, and it showcases the personal passion of third-generation winemaker Gina Gallo.

The history of the Gallo family is inextricably linked to the history of winemaking in California. What began as a simple idea – to make quality wine accessible to American households – has evolved over decades to encompass premier vineyards and wineries in some of California’s most renowned wine regions.

In the early days of the California wine industry, the Gallo family brought fortified wines to dinner tables across the country. As consumer tastes evolved toward drier, more robust wines, Gallo shifted its winemaking focus to grow side-by-side with America’s interest in wine.

Over time, the Gallo family grew deep roots in Sonoma County, and later expanded its presence into Napa Valley and the Central Coast. Bringing together a truly unique collection of vineyards, Gallo is one of only a few wine producers that can tap into such a diverse range of growing regions and hand-select specific blocks within that wide array of properties. The Gallo Signature Series was born of this unique access.

With some of California’s best grapes at her fingertips, Gina Gallo has created three distinct wines from the Gallo family’s unique combination of vineyards. For Gina, the Gallo Signature Series expresses her family’s passion for great vineyards and great wine, and it reflects the best the Gallo Winery has to offer. The Gallo Signature Series marks a return to hands-on, artisanal winemaking for Gina, and it brings to life the enduring legacy of Ernest and Julio Gallo.