Last night, we were joined by a special guest, Mark Beringer, Chief Winemaker of Beringer Vineyards, to chat about his wines as well as the latest technology that’s transforming California wines. 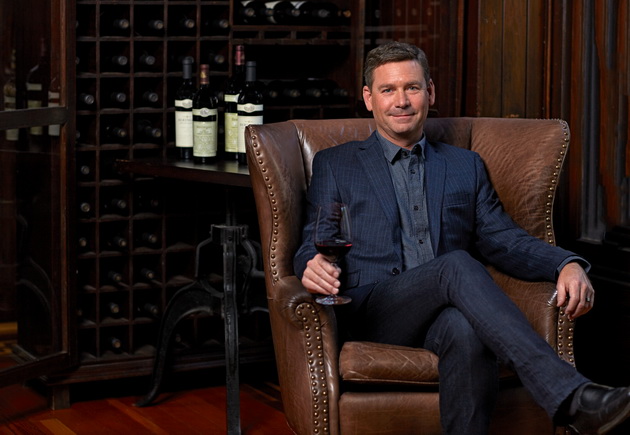 Mark Beringer, great-great-grandson of Beringer Vineyards’ founding brother Jacob Beringer, was immersed in wine from the moment he was born in the heart of the Napa Valley. As the direct descendant to Beringer’s first winemaker and one of the most iconic family names in Napa Valley wine history, he knew from a young age that he would follow in the footsteps of his ancestors. As a young man he spent many hours working in his family’s wine store in St. Helena, expanding his knowledge of wine as well as gaining an appreciation for wines outside of the famous region he
has always called home.

After a stint in high school working as a stock clerk at the historical family property at Beringer, Mark spent summers working at Raymond Vineyard until he graduated from California State University in Fresno with an Enology degree in 1990. Eager to immerse himself in winemaking upon graduation, he spent a year in the cellars at Benziger in Sonoma and then joined Duckhorn in 1992. Mark began as Enologist and worked his way up to Vice President of Winemaking at Duckhorn, earning the accolade of #6 Wine of the Year from Wine Spectator for the 1999 Duckhorn Napa Valley Cabernet Sauvignon during his 15-year tenure. There Mark was able to bring to life his passion for component winemaking and the use of traditional methods when possible so as to let the terroir best show itself. 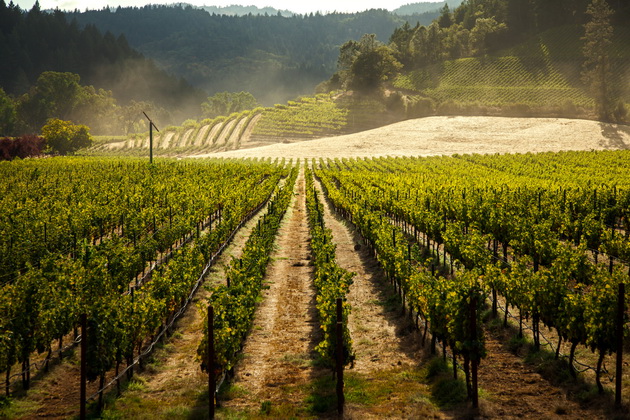 In 2009 Mark joined Artesa as Vice President and Winemaker, where he oversaw hundreds of acres on the estate and notably improved quality and recognition of the portfolio. In 2015, Mark Beringer came ‘home’ to Beringer Vineyards, joining as Chief Winemaker and following in the footsteps of acclaimed Winemaker Emeritus Laurie Hook. “I’m absolutely thrilled to be making wines for the very winery that my ancestor built, and be part of the next chapter in this important story of Beringer and of the Napa Valley. I take tremendous pride in being part of this unique winemaking legacy and being the 8th winemaker among a hallowed roster of talent including Ed Sbragia and Myron Nightingale,” notes Mark.

Proud father to three daughters, Mark enjoys mountain biking and skiing in his free time as well as traveling with his wife, a commercial pilot. Always happy to return home to the Napa Valley, he adds, “As a winemaker, there is no greater thrill than having great vineyards to work with and Beringer’s are second to none. The diversity of microclimates, terroir and locations truly comprise the best of what Napa Valley has to offer and I’m honored to work with them.” 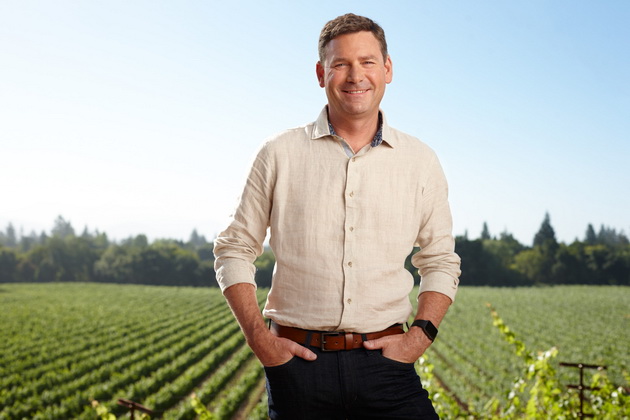 Laurie Hook is stepping back as chief winemaker at Beringer, where she has been a guiding force for more than two decades, and chief winemaker since 2000. She will remain with the winery as winemaker emeritus.

Her successor, Mark Beringer, is coming home. He is a direct descendant of founding brother Jacob Beringer, Mark’s great-grandfather, one of two Beringer brothers who established the iconic Napa Valley winery in 1876, making it one of the valley’s oldest and most respected companies. It’s also made a Wine Spectator Wine of the Year twice, first in 1990 for its 1986 Private Reserve Cabernet, and then again in 1996 for its 1994 Private Reserve Chardonnay. 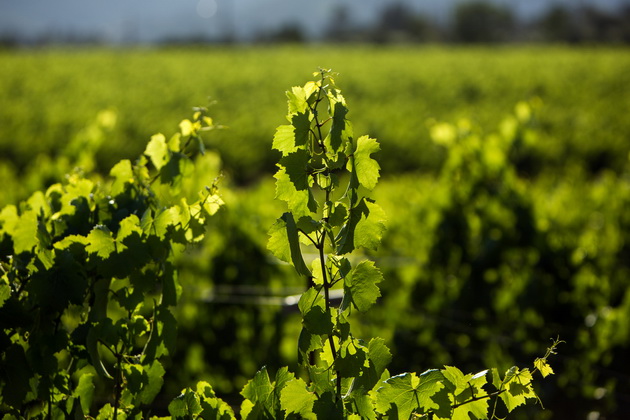 Mark, who is being replaced at Artesa in Carneros by Ana Diogo-Draper, will assume the responsibilities of chief winemaker while Hook will serve in an advisory role.

Winemakers don’t come and go at Beringer. They become immersed in the Napa icon’s wine and history. In its modern era, which dates to the 1970s, only three winemakers have held the spot that Mark Beringer is assuming, which accounts for much of the consistency Beringer wines have come to be known for.

Myron Nightingale engineered the renovation and turnaround at Beringer with the introduction of the Private Reserve line of Cabernet and Chardonnay. His understudy was Ed Sbragia, who oversaw winemaking until 2000 and was winemaker emeritus until 2008. Hook joined Beringer in the 1980s, working with both Nightingale and Sbragia before assuming chief winemaker responsibilities in 2000.

Wineries need great grapes and the right equipment to put them in the position for success, but it’s the winemaker and his or her talent who is the conductor. 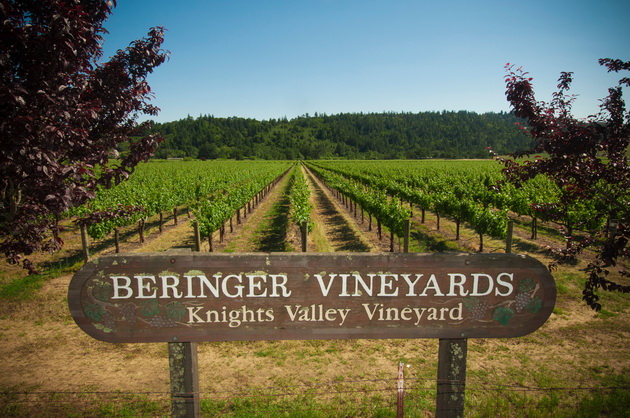 Mark Beringer doesn’t just share his name with the well-known Napa winery, he is the great-great grandson of founding brother Jacob Beringer.  As a direct descendant to Beringer’s first winemaker, it is both no surprise and rather remarkable that he would become the Chief Winemaker of this iconic and legendary Napa winery.  Here’s a look at his journey home:

What Do You Remember Most Fondly About Growing Up In A Winemaking Family?

“Wine was always around.  As kids we were introduced to wine early, and enjoyed some at dinner.  We knew that, around the holiday, the really good wines would come out for sharing.  It was our first introduction to the great wines of the world.” 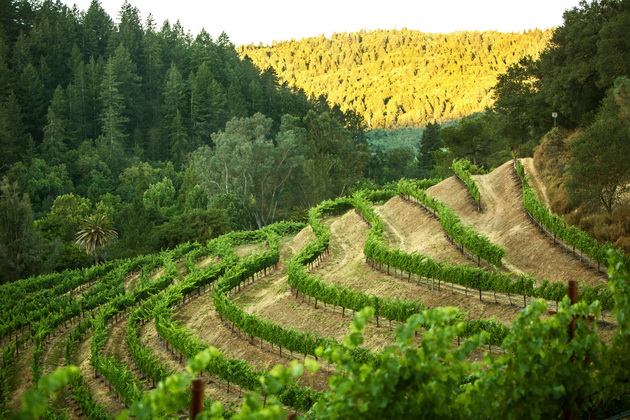 What Was The “Ah Ha” Moment When You Truly Knew You Wanted To Be A Winemaker?

“I was originally supposed to be a music major in college.  After a few elective courses in viticulture, I knew that it was what I was meant to do.”

What Did You Study, And Where?

“I earned my BS degree in Enology, with a minor in chemistry, from California State University Fresno.” 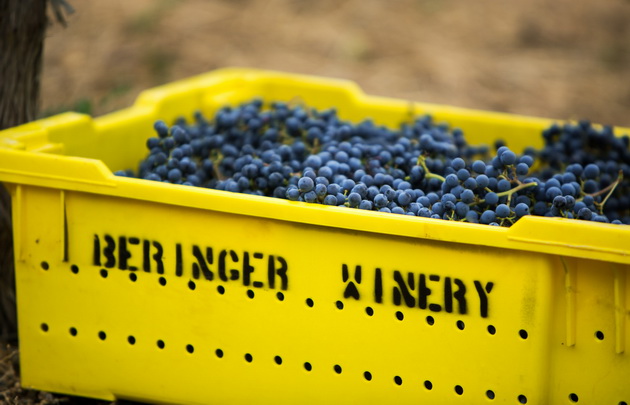 How Has Your Career And Travels Affected You, Both Professionally and Personally?

“I worked for a Spanish owned winery, providing me several opportunities to travel throughout Europe and study winemaking in Spain, France and Italy.  It opened up my eyes to a broader world of wine and the importance food plays in the wine and food equation.  This helped my winemaking style mature, as I focused more on the way my wines would be enjoyed as part of a meal.”

Why Did You Decide To Come Back To Beringer?

“It really wasn’t a hard decision.  To have the opportunity to follow in the footsteps of great winemakers, both from my family and from the industry, is truly an honor for me.  I’m also very proud to be able to contribute to my families continuing legacy in Napa Valley.” 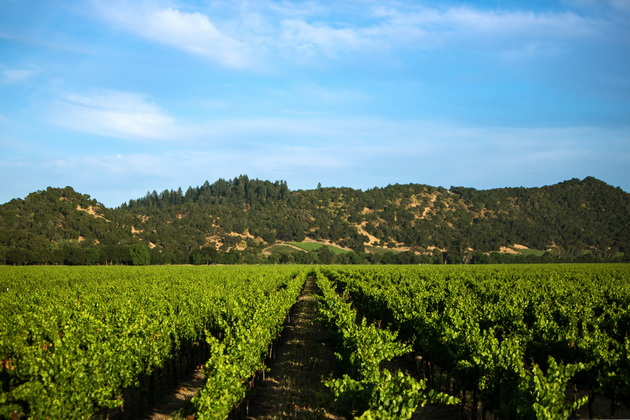 What Are Your Personal And Professional Goals In The Future?

“Simply put, to have Beringer recognized once again as one of the best wineries in the Napa Valley and the world.”

Who Has Been Your Greatest Influence?

“My Uncle, Roy Raymond, who was the Beringer winemaker from 1956-1971, was my greatest influence.  I worked at Raymond Vineyards for six harvests while going to school and he taught me the hands on, practical side of winemaking.  Through his guidance I learned how to connect the dots between what I was learning on a chalk board at school, and how to put those lessons into practice.” 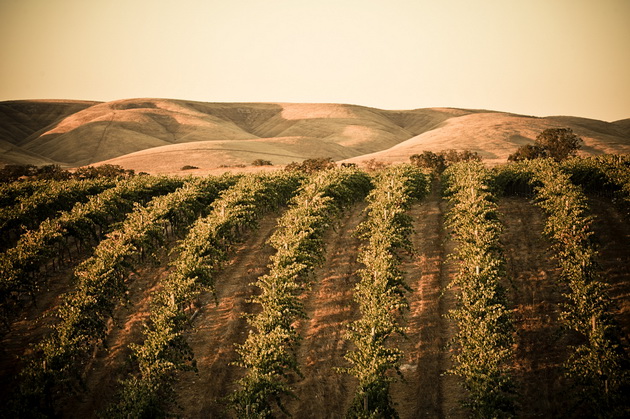 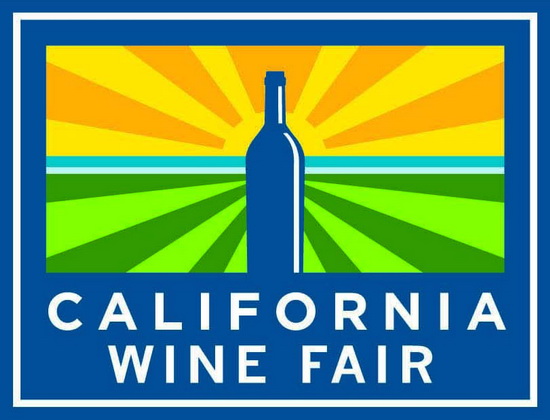 The 2017 California Wine Fair is traveling across the country in April touching down on 7 cities coast to coast.

California’s success has been built by a pioneering spirit that prides itself on its unique identity, lifestyle, personality and passion for the grape.

This year, more than 111 wineries, 400 wines and numerous friends from the vineyards will be visiting Canada and meeting with lovers of California wine.

Visit www.calwine.ca for more info and a complete list of participating wineries in each city. 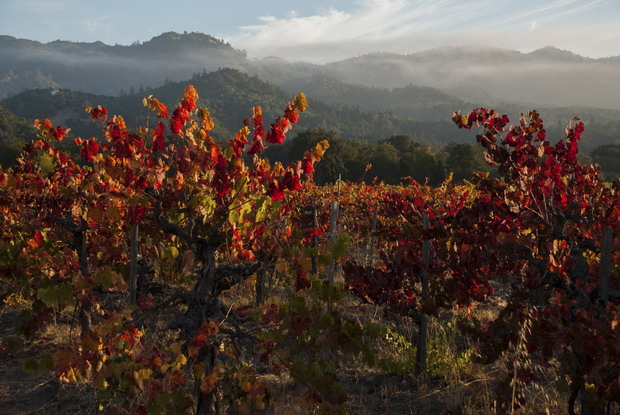 The 2017 California Wine Fair promises to deliver sparkling and knowledgeable personalities, fabulous wines and dynamic energy — all in one room.

Looking forward to seeing you this spring, Cheers! 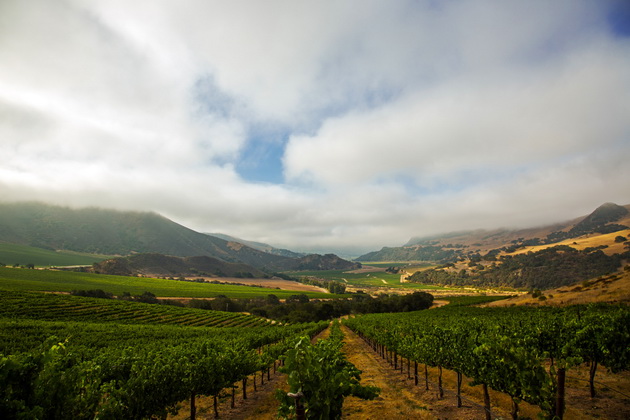 What?            Join us for a unique opportunity to sample a wide selection of more than 350 premium wines from 100 of California’s top producers.

Where?           The Westin Ottawa,Confederation Ballroom
11 Colonel By Drive, Ottawa, ON

Contact: Tickets for the evening event are $75 per person and available by visiting www.calwine.ca. You can also call California Wines at 1-800-558-2675 (CORK) or email [email protected]

The  evening event is in support of the Sommelier Certificate Program at Algonquin College in Ottawa. 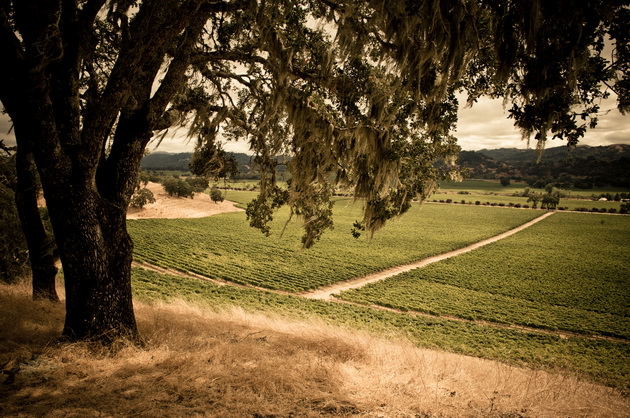 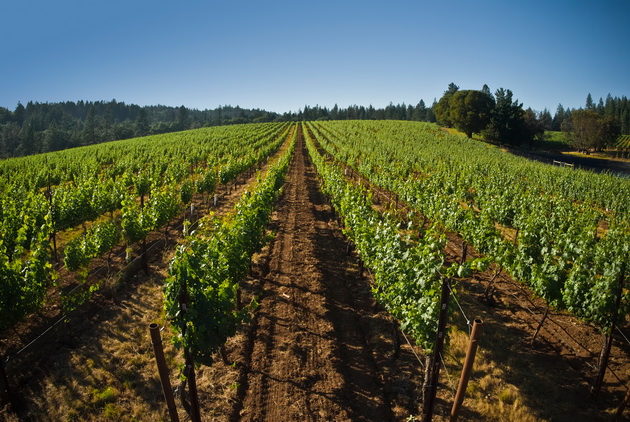 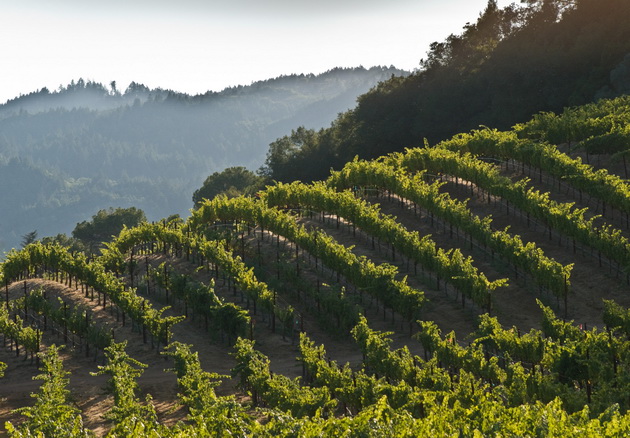 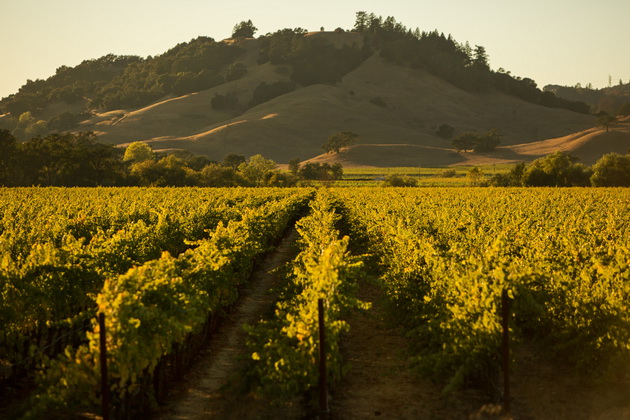 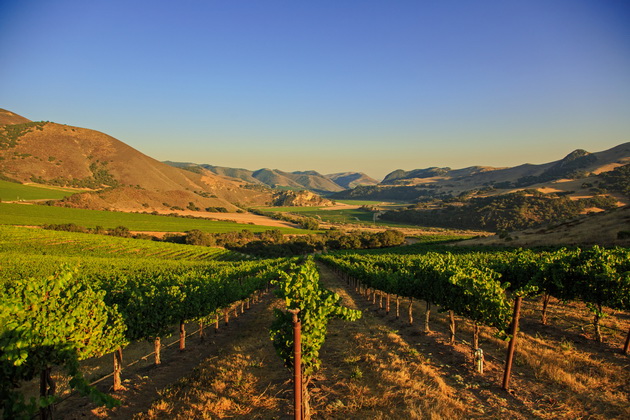 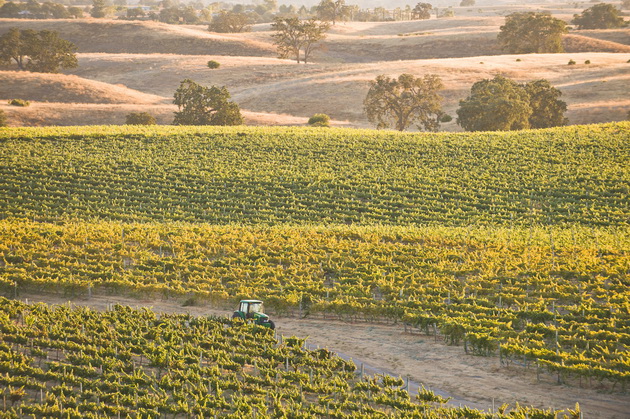 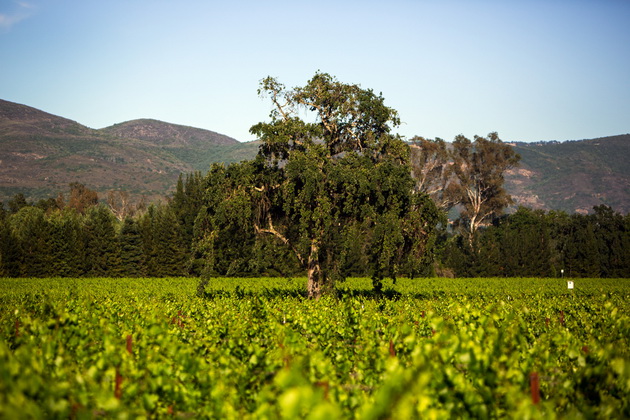 Natalie MacLean · 0:17 Here are the #California #Wines we tasted with Mark:

Carrie Mac Donald · 36:56 Are all of the Beringer wines made with grapes from the Beringer vines or our some out sourced? ( we may have covered this at the beginning, but I missed a moment or two)

Carrie Mac Donald · 28:14 The Chardonnay we are currently discussing is a Vintages Essential. Is it a challenge to keep the wine from changing in character from vintage to vintage?

Carrie Mac Donald · 42:57 The trend lately with big bold reds is to use whisky barrels. Are there plans for something like this?

Carrie Mac Donald · 13:19 I wonder If technology would allow for drones to help with pest control…

Carrie Mac Donald · 3:14 Hi Mark just want to let you know that the Beringer Main and Vine Pinot Grigio is a staple at my house!

Lori Kilmartin · 52:46 Loved the Quantum too!! What was the reason for adding the different varietals!

Tom Dean · 21:40 Have always enjoyed the Beringer Cabernet – very easy to drink with visitors or with a meal.

Lise Charest Gagne · 23:21 Perfect we have several Pinot drinkers in the house!

Lise Charest Gagne · 19:22 Can you tell us about the advantages and disadvantages with these new technologies

Lise Charest Gagne · 7:45 yes of course i have in fact i started my wine journey over 20 years ago with Beringer Rose

Stephen Andrews · 20:01 The Chardonnay is wonderful had a few bottles in Aruba great stuff!

Stephen Andrews · 6:42 As a winemaker in California is climate change on your mind?

Dianne Sheridan · 0:22 Lived in California for a few years, central valley. Love California wines. I have been to Beringer a few times.

Lori Kilmartin · 51:07 Tasted the Knights Valley today and loved it!!

Lise Charest Gagne · 18:14 I am pleased to hear sustainable practices are important to you

Carrie Mac Donald · 14:29 Not for spraying, but for spooking them

Lori Kilmartin · 56:55 Do you do a special line for China or your regular line up?

Stephen Andrews · 52:16 Great show thanks Mark off to get supper.

Carrie Mac Donald · 20:20 On the chardonnay I mean

Lise Charest Gagne · 22:56 Can you discuss your Sauvignon Blanc

Stephen Andrews · 8:11 Will the technology help?

Lise Charest Gagne · 22:56 Can you tell us about the California wine tour