Pairing wine with aphrodisiac foods sparks a passionate debate on CTV. (It’s never to early too think about it … wine, that is.)

We match libido-lifting dishes with different wine types to stimulate all of your senses.

Many ingredients have historically been considered aphrodisiacs, sometimes because the food physically resembled male private parts (avocados, which according to the Aztecs, grew on the testicle tree) to their female counterparts (oysters and figs).

Other foods, such as chili peppers, provoked the fiery passion of love, with its increased heart beat and sweating.

Yet other foods may have contained minerals that increase energy, stamina and blood flow throughout the body (as well as to vital organs), such as Ginkgo Biloba. 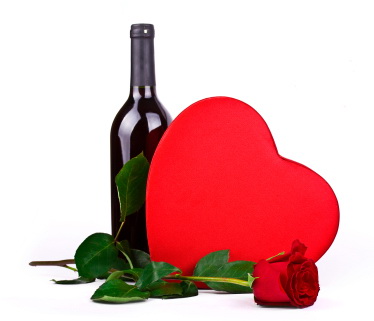 Here are 8 matches we explored:

– Ancient Romans name oysters as an aphrodisiac based on promiscuous women gulping down lots of them. (They also thought the same of turnips so perhaps it was a guessing game.)

– Casanova, that 18th-century Venetian lover ate 40 oysters a day for breakfast with his mistress in a bathtub built for two

– Oysters have vital minerals such as copper, iron and zinc, all of which are essential for male fertility. 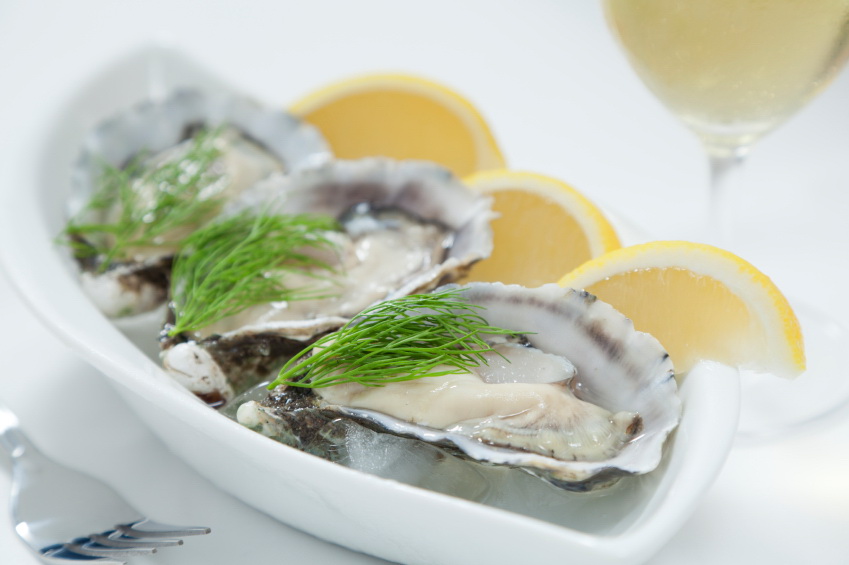 – Those long green stalks are best served lightly steamed, and still firm, bathed in melting butter or a hollandaise sauce. 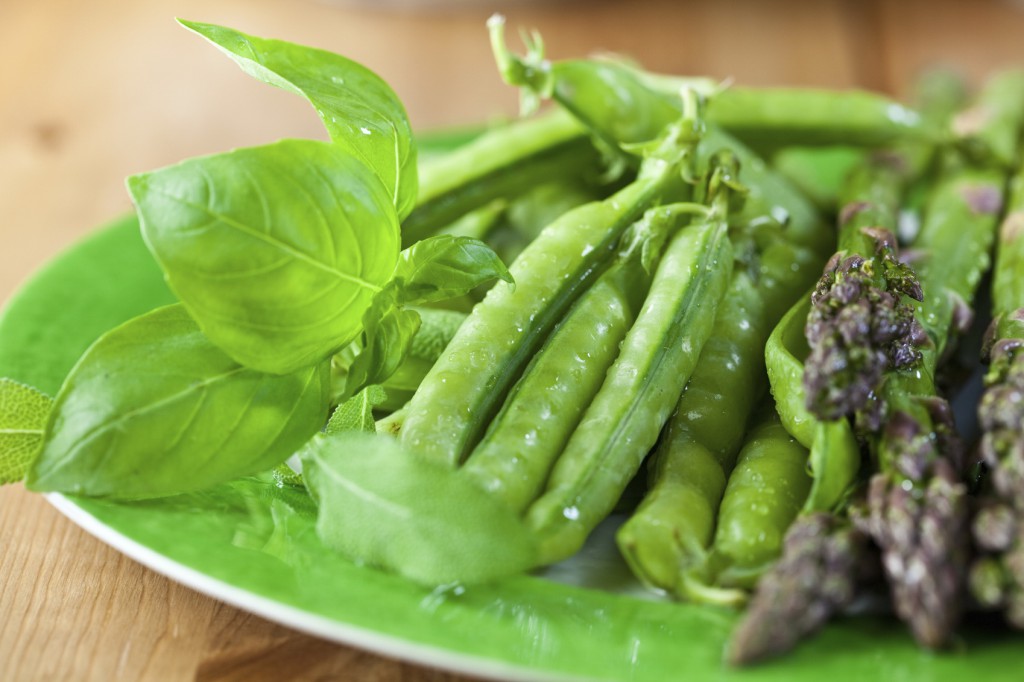 – Soft, creamy cheeses, such as camembert and brie, ooze sensuality when they flow like lava over a crusty piece of baguette and coat every crevice in your mouth.

Soft Cheese Wine Pairing: a buttery Chardonnay if you like to layer your richness, or a steely riesling or sauvignon blanc to cut through it as a contrast. 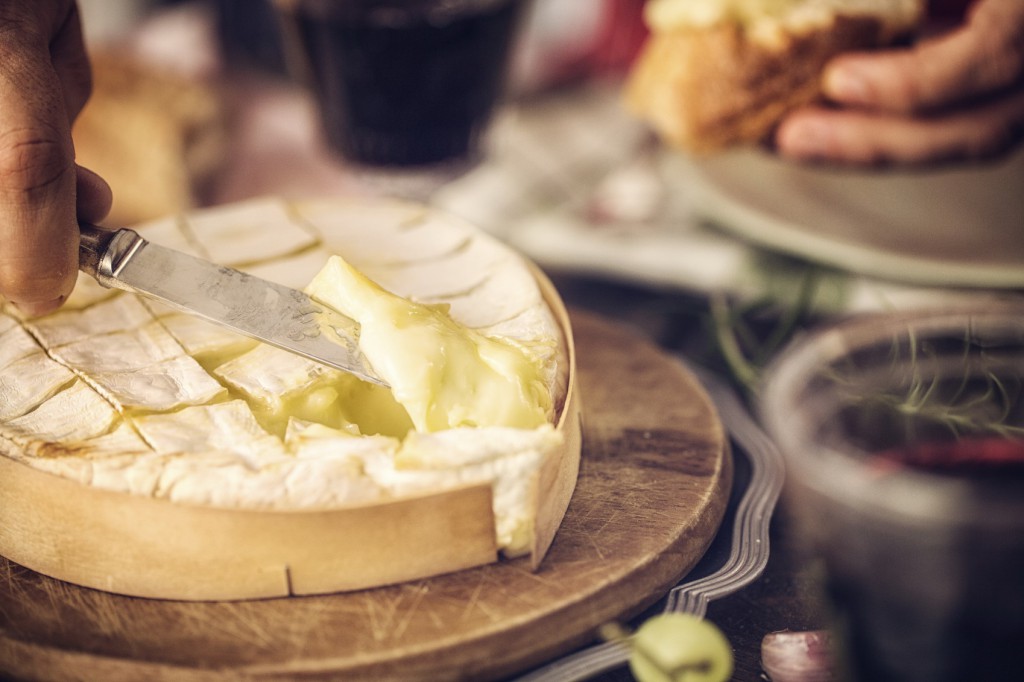 – Pine nuts, like oysters, are also high in zinc.

– They’ve often been part of potions prescribed to the love-sick, but they work just as well in a pesto. 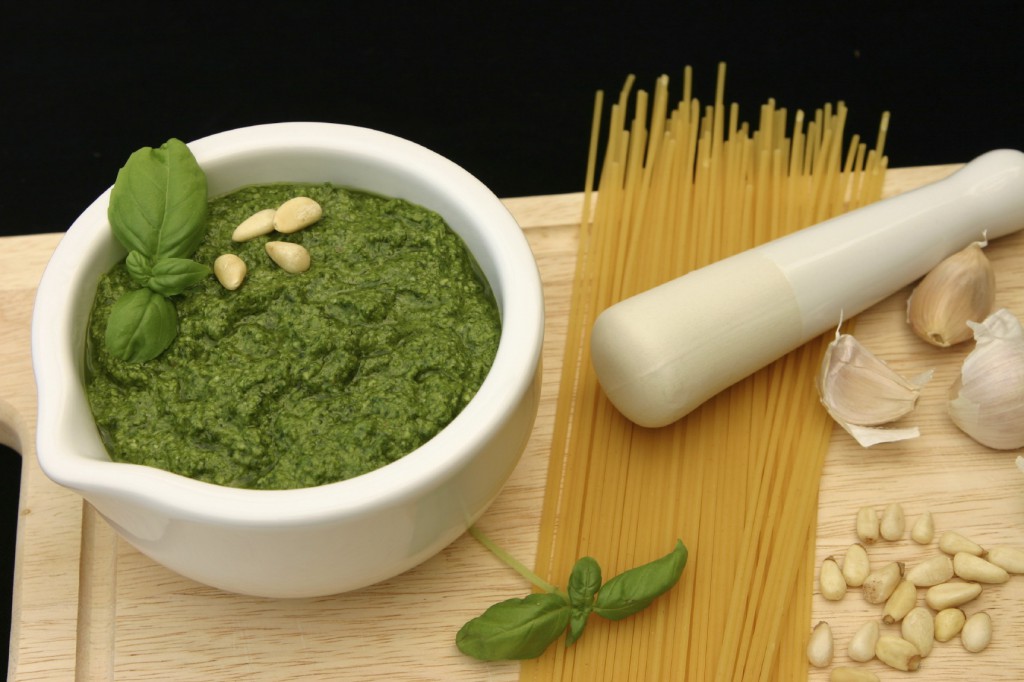 – Acai is the the most concentrated botanical source of iron in the world, improving blood flow throughout the body.

Acai Berry Wine Pairing: a full-bodied red with mocha and dark chocolate notes like an Australian shiraz or grenache. 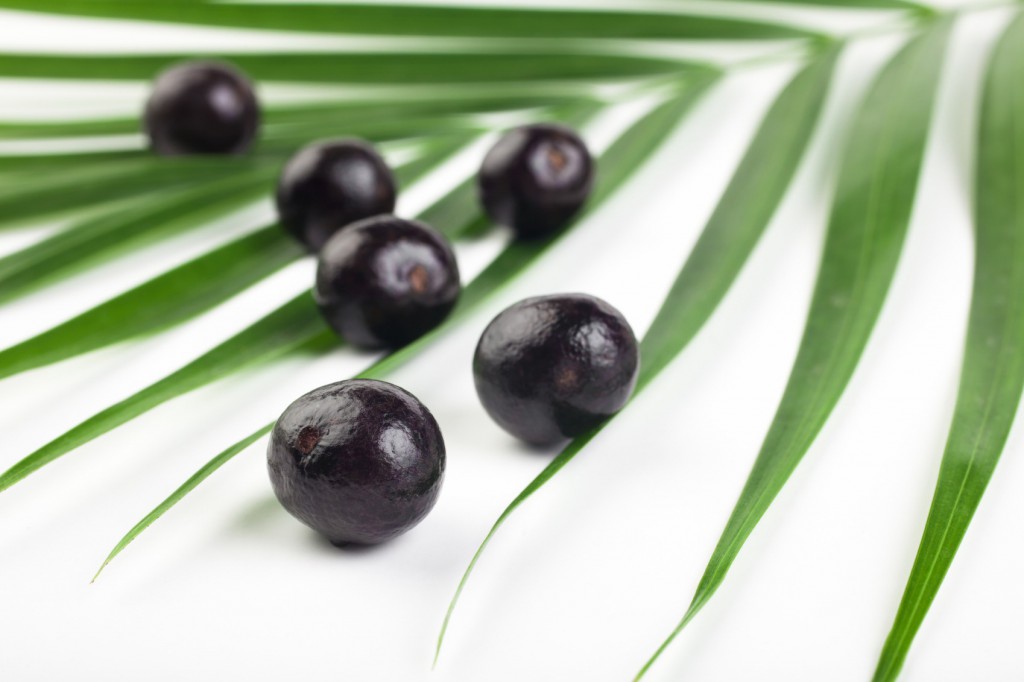 – This dessert is not as sweet and rich as chocolate, but it does require a medium to sweet wine that has citrus notes. 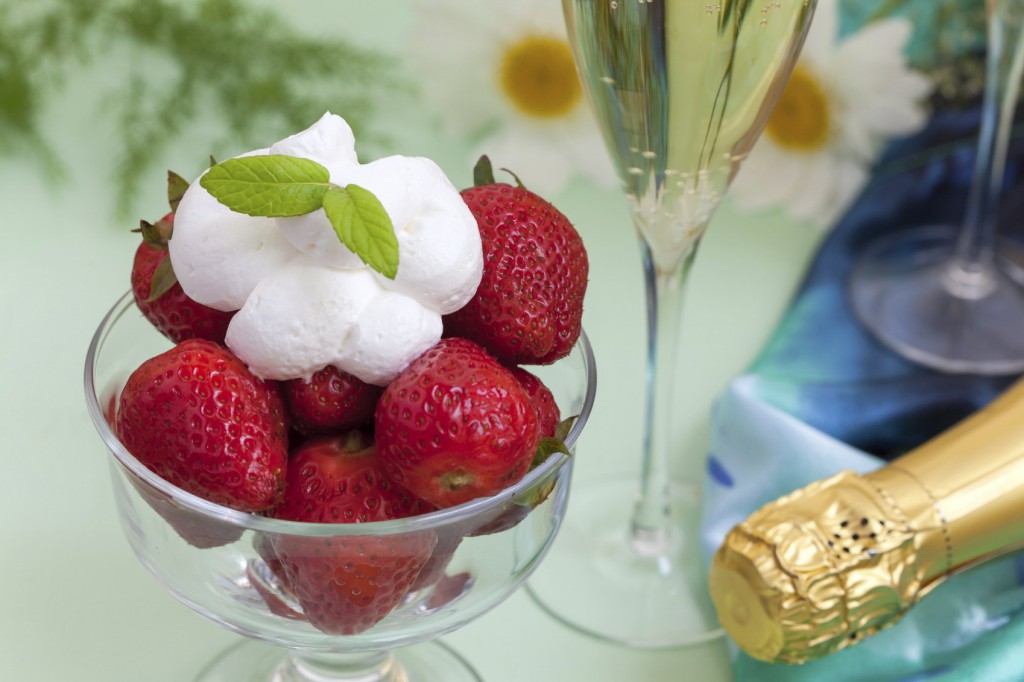 – Chocolate ignites similar positive endorphins to being in love.

– The wine match depends on the amount of sugar and milk solids in the chocolate: the less of these, the drier the wine can be, such as amarone and dark chocolate, which also has a higher concentration of cocoa.

– For milk chocolate, that’s sweeter with more milk solids, go for a richer, sweeter dessert wine such as port.

– Passionfruit caramels blend both the sharpness of the fruit and the toffee richness of the caramel. Try a tawny port. 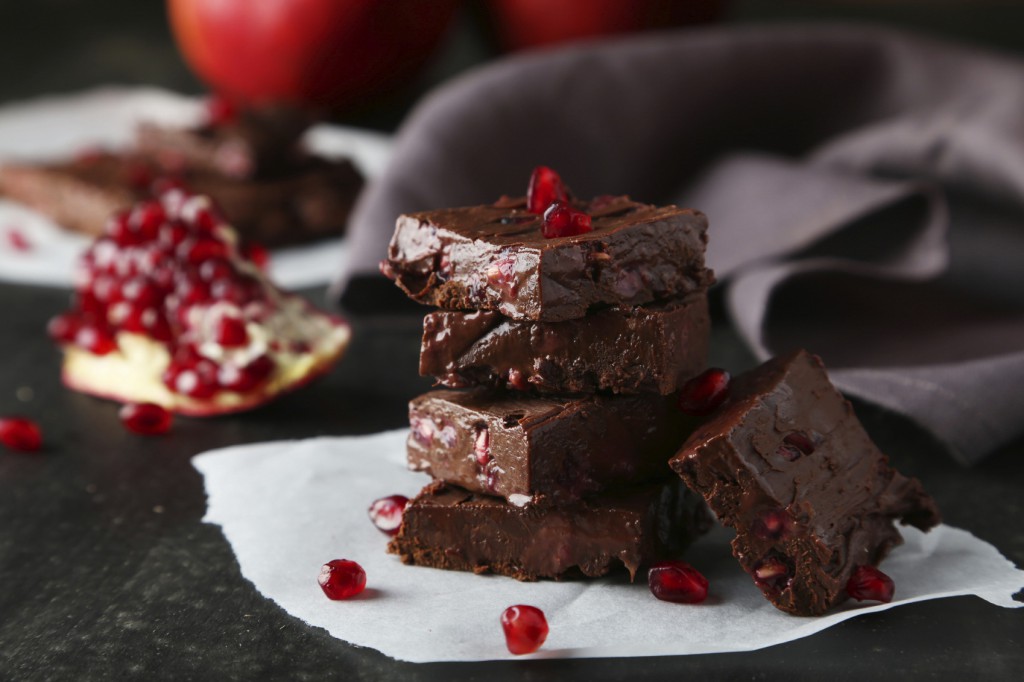 – Yes, bacon. The smell of food can stimulate desire, as studies have shown that certain aromas increase blood flow to strategic areas (for men, pumpkin pie and lavender, and for women, cucumber and licorice). Conversely, those who lose their sense of smell also diminish their sexual appetite, and conversely.

– So bacon hasn’t been scientifically proven, but I’m nominating it as one of the most potent aphrodisiacs on the planet: there’s nothing sexier in the morning when someone is cooking it for you (and does the dishes afterwards). 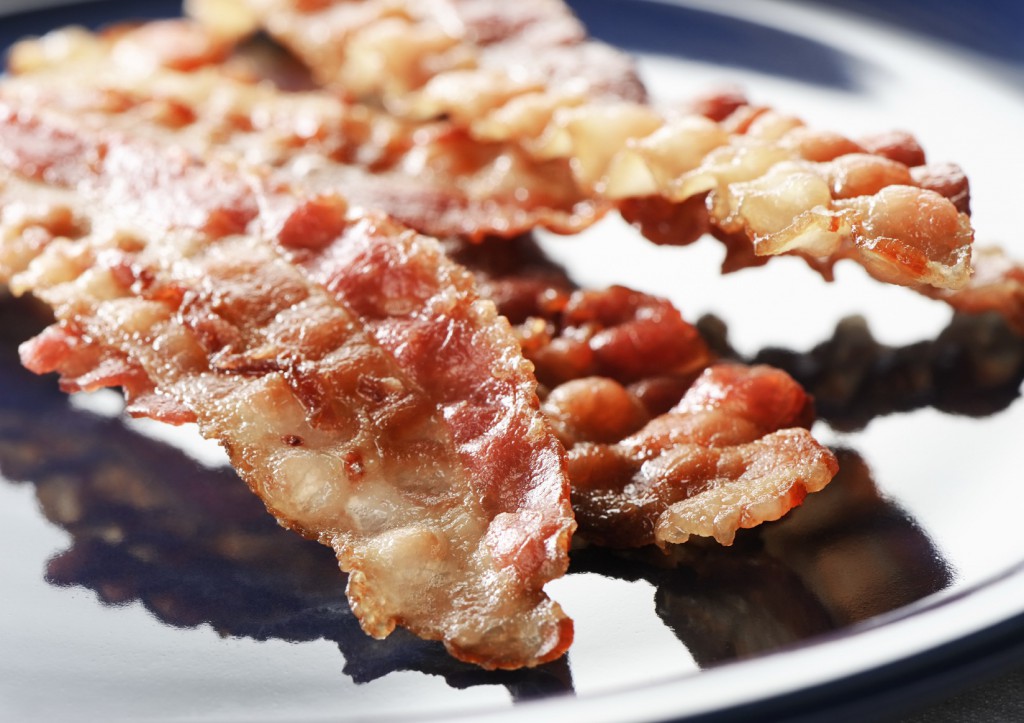 Marcia: If Valentine’s Day is about creating romance then you have to start in the kitchen, there are certain foods that are considered Aphrodisiacs and today the editor of Canada’s largest wine review website, http://www.nataliemaclean.com is here to show us, how to pair those foods with wine. Welcome to the program on Valentine’s Day.

Marcia: What is it about pairing certain foods with certain wines? Are there rules that we can all follow because it seems confusing?

Natalie: It does and you know the first rule is pair the wine you loved with yourself. So there are guidelines, I don’t call the hard-and-fast rules but I think the marriage of two different ingredients can lift you to a new cloud of sensual pleasure if you will. So if you have a chocolate dessert but you put in a raspberry square, think about how those flavours mingle and you can do the same thing with food and wine when they interact well together.

Marcia: Okay, so give us some examples.

Marcia: Now we have oysters to start with.

Natalie: We have oysters from Rodney’s Oyster House here in Toronto and they’re fresh, they’re been known to be an aphrodisiacs since the ancient romans. Name them such; they saw some wanton women gulping down.

Natalie: Well the ancient Romans also thought turnips were an aphrodisiacs so I don’t know if we can trustily. Anyway, moving on with oysters You have a lot of iodine – briny taste, you want to washed away that fishy taste. So you can do that with a Sparkling wine like Segura or this Rosé bubbly is lovely or just a crisps white, that’s going to be a beautiful palate cleanser with oysters.

Marcia: Okay, now right here we have a couple of ones that you might not think about.

Natalie: So we have Acai berry, I’ve got it in powder and liquid form also comes in capsules but I didn’t think that was very romantic. So what it tastes like in a berry format is kind of dark chocolate and dark berries so with this you want a dark wine with some mocha or dark berry flavours like Menage A Trois and I didn’t choose this wine, just for the name it’s fun, it’s a good wine, it’s a red blend from California. You can go with a Shiraz or Granache from Australia but that’s what you’re doing again, you’re marrying those flavours.

Marcia: Marrying the flavours, okay. Now you brought bacon which…

Marcia: It was really, is the ultimate aphrodisiac for men. Is it true?

Natalie: Yes, well apparently I brought it in because I was trying official kick it off as an aphrodisiac today, here on Canada AM. But I think there is nothing sexier than someone cooking bacon for you; that smell in the kitchen and especially they do the dishes afterwards.

Natalie: So I will go with…

Marcia: What wine with the salty?

Marcia: Okay, I don’t think of asparagus as being an aphrodisiac but I know you’re here to tell us different.

Natalie: Exactly, asparagus lightly steamed, still firm, bathed in melted butter or hollandaise sauce, perfect. Now asparagus is also known as a wine killer, so sauvignon blanc – herbal, here we are Villa Maria or even a Pinot Grigio entwine, lovely name again but both on these wines will go with the herbal green flavours in asparagus.

Marcia: We have to talk about chocolate before we ran out of time.

Marcia: Because for many women, this is…

Marcia: It’s up there.

Natalie: Exactly, and chocolate gives you the same positive endorphins that you get from being in love, so you put wine, chocolate, and being in love together it’s a deadly combinations. So we have some great chocolates from Purdy’s Canadian Company, we have mixed chocolates, dark chocolate is going to require like a Port; that’s out there on the far end. More of the melt chocolate or maybe strawberries or strawberries dipped in chocolate, is an Ice Wine like this one from Reif. But you’re looking at the amount of cacao, the amount of sugar so the more sugar, the more cacao or the less cacao; the deeper your wine has to be and if we’re going to ran out of time, I do want to just mention this creamy Canadian cheeses.

Natalie: Okay, because you know there’s nothing more sexy I think than a lava of melting creamy cheese on a baguette.

Natalie: And you’re going to go with the crisps white.

Marcia: The crisps white. Thank you so much, you’ll find Natalie’s wine list in a link to our website on our website, we’ll be right back.