Welcome back. The long weekend is almost here and if you’re looking for vino to sip on, our next guest has you covered with her amazing recommendations! Here to highlight some family-owned vineyards from across the country is Natalie MacLean, who offers Canada’s most popular online wine classes. Hi Natalie!

Natalie, we love getting your wonderful wine recommendations but before we get to talking about the specific vineyards you’re going to highlight today, can you tell us a bit about the wine production in Canada?

• There are four major regions in Canada that produce wines made from grapes: BC, Ontario, Quebec and Nova Scotia.
• Ontario makes about 63% of the wine, BC 33% and 2% for each of Quebec and NS, with more than 700 wineries from coast to coast and 1,800 grape growers.
• Every bottle of 100% Canadian wine contributes $90 to the national economy versus just $16 for an imported bottle.You’ve brought us wines from family-owned wineries today. How are they different from big companies?
• Pride of place literally grounds them all. Often the land on which their vineyards are planted is owned by the family, in some cases for several generations. I should also add that they all acknowledge that they farm on the traditional territories of our Indigenous nations.
• Being deeply connected to the soil that makes your wine, especially when your name is on the bottle, is a very different mindset from wines conceived in a focus group and made by blending grapes that may be hundreds or thousands of kilometres apart without that connection.
• Family-owned wineries are often driven more by legacy than by the bottom line. Of course, they need to be profitable to stay in business, but they also want to create something they can hand down to future generations.
• These wineries will ship these wines and others they produce across the country right to your doorstep, so there’s never been a better time or an easier way to support our homegrown farmers from coast to coast on July 1st and throughout the summer!
I love the idea of supporting wineries from across the country so let’s start on the East Coast at a winery in Nova Scotia. Tell us about this one.
• Lightfoot & Wolfville is owned by the Lightfoot family who have been farming in Nova Scotia’s Annapolis Valley for eight generations. They originally came from Northern England, where their forebears worked as messengers, thus the name Lightfoot. The winery is nestled in Wolfville in the heart of the Annapolis Valley, and thus the second part of their name.
• The Annapolis Valley is a long, narrow valley between two mountain ranges, along the shores of the Bay of Fundy. The world’s highest tides create an ideal growing environment for cool-climate wines.
• This family practices regenerative agriculture to protect their soils for future generations have earned several organic and biodynamic certifications.We’re kicking off our wine tasting with a bubbly. So Jess, let’s pop our bottles and give this one a taste!

• The Blanc de Blancs Extra Brut Sparkling is made using the traditional Champagne method and is made from 100% Chardonnay grapes. It offers toasty aromas with fresh peach and apple notes. This would be perfect with a fresh Nova Scotia lobster roll. 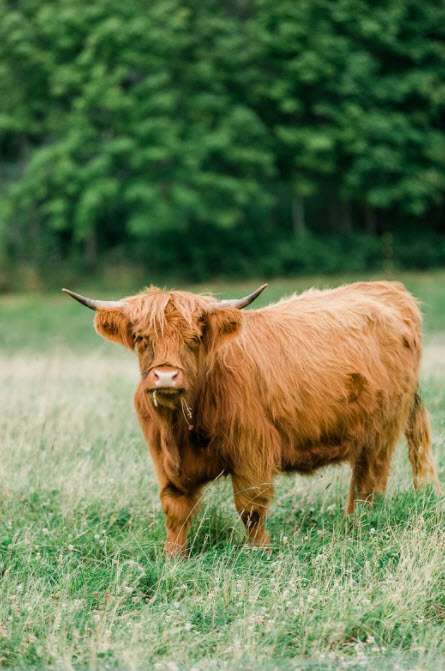 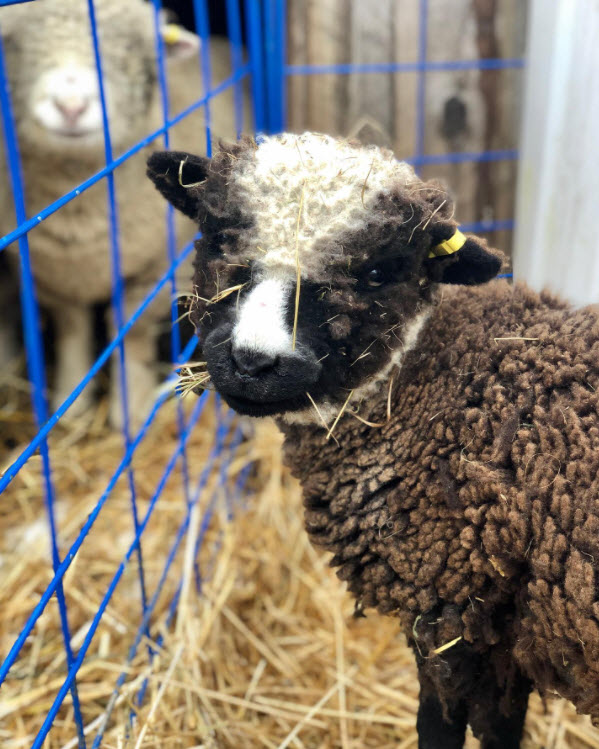 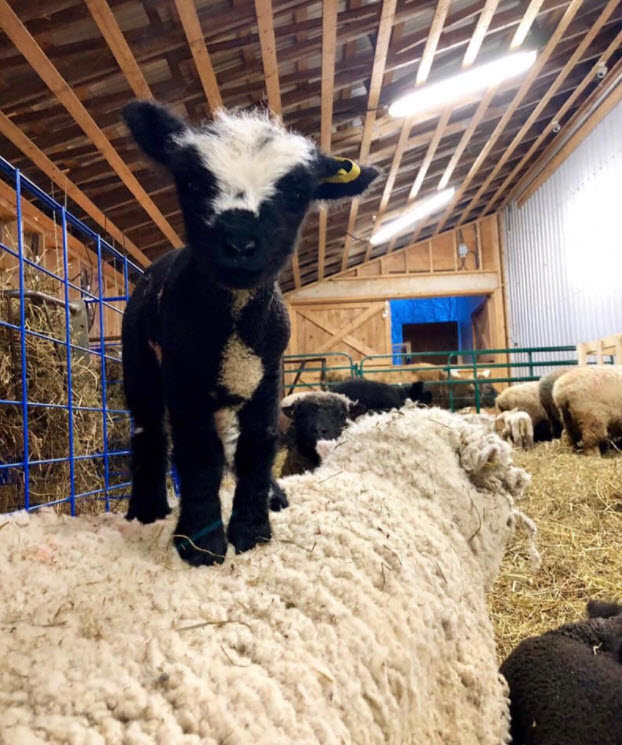 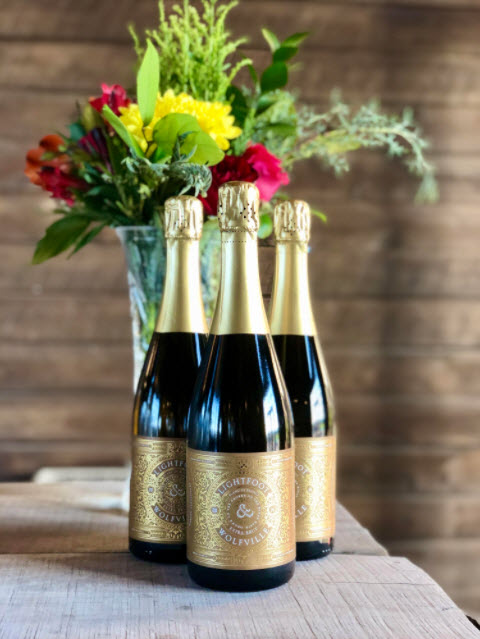 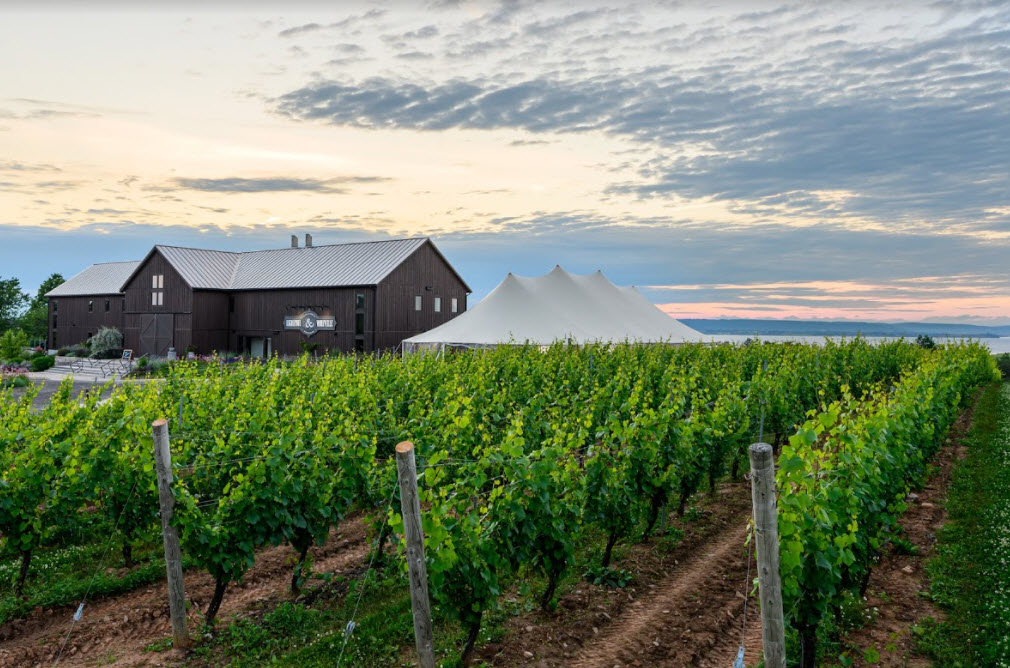 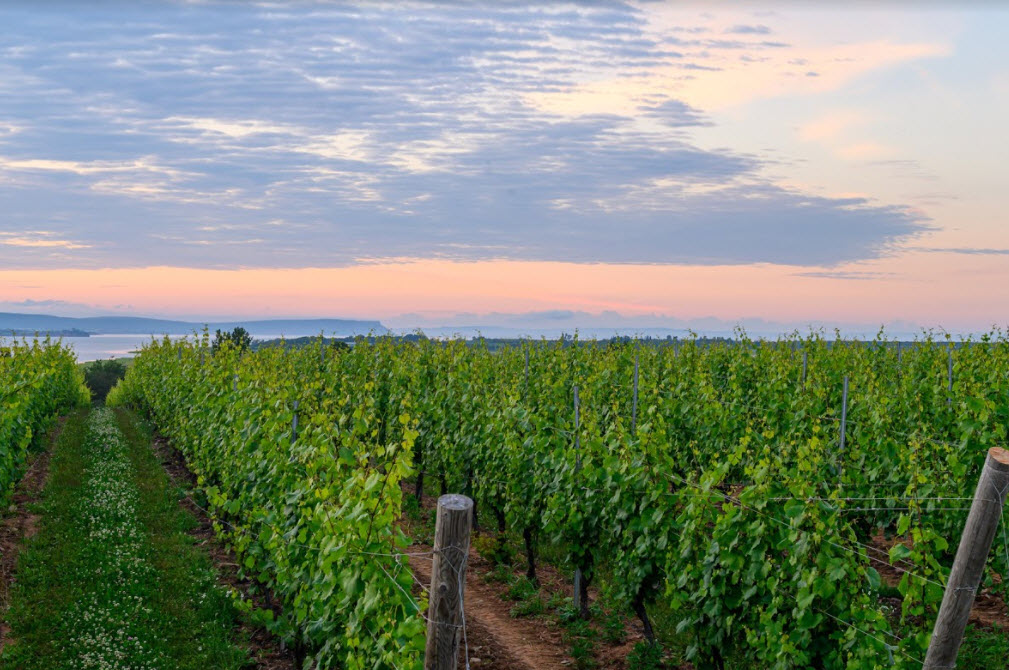 Next we’re heading to Quebec to the Coteau Rougemont. What’s the story there?
• The Robert family have been rooted in Rougemont, in Quebec’s eastern townships, for decades. In 2007, Claude Robert and his adult children, Michel, Julie and Isabelle, bought a large orchard and planted vines there. They also make cider.

• They were fulfilling the dream of Claude’s father, Rosario, who would drive his apple truck to top of the hill to admire the view. He dreamed one day of owning this orchard and what is also now a vineyard. The family likes to say that the apple doesn’t fall far from the tree.

What are we tasting of theirs?

• This Chardonnay is planted on the family’s south-facing slopes that help ripen the grapes to luscious richness, and aromas of freshly baked bread, green apples and toasted almond. During the early days, before they could afford to hire help, each family member took turns monitoring the fermentation day and night. They continue that attention to detail.

Now we’re headed to Ontario where you’re going to tell us about the Peller family.
• In March 1927, 24-year-old Andrew Peller arrived in Canada from Hungary with just five dollars and a dream to make European-style wines in Canada. Twenty-four years later, after working in the wine industry and saving his money, he planted his first vineyard in B.C. in 1951 at 58 years old, just when many people are relishing their retirement plans.
• With the success of the vineyard, that pioneering spirit drove him to plant more vines, both in BC and in Ontario.
• In 1966, his son Joe, then Chief of Medicine for Hamilton Civic Hospitals, left his career to join his father in the family business. In 1989, John became the third generation to run this successful, family-owned group of wineries that includes Peller Estates, Wayne Gretzky Estates, Trius and Thirty Bench among others in a style that is entirely Canadian, but is still inspired by that dream.
• The winery is celebrating its 60th anniversary this year as the fourth generation joins the business.

Looks like we’re trying one of their rosés.
• Yes you have the Peller Family Private Reserve Rosé with fresh aromas of field strawberries with fresh, crisp acidity. 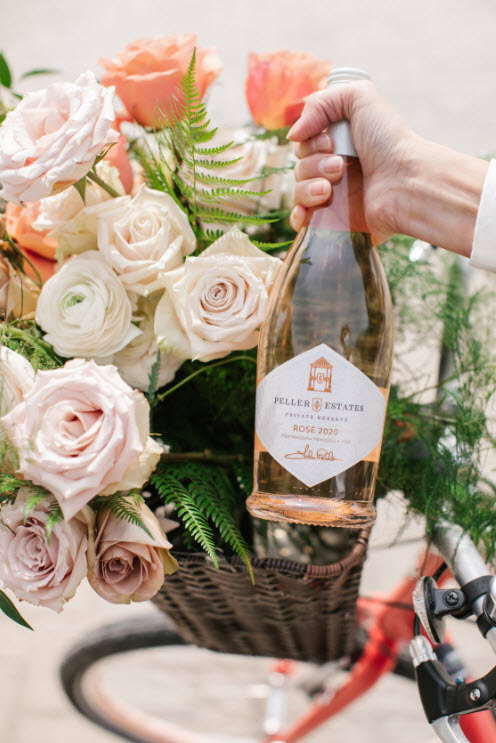 Our second stop in Ontario is called Drea’s Wine Company. Tell us about this one.
• Andrea Kaiser is the daughter of Karl Kaiser winemaker and co-founder of Inniskillin Wines, the pioneer of modern Canadian winemaking.
• This photo from 1977 shows the family making wine in Austria 1977 on a family visit home where Karl first made wine with Andrea’s great-grandfather.
• Andrea’s father inspired her to create Drea’s Wine Co. which produces small batch wines from Niagara. Her first wine, Drea’s Sauvignon Blanc, was released in 2019 as a tribute to her dad who, along with her family, affectionately call her ‘Drea’.
You’ve sent us the Drea Sauvignon Blanc to try. What’s of note with this one?
• Each vintage Andrea’s father would make her and her mother a special ‘batch’ of Sauvignon Blanc in his home cellar. The aromas and flavours are bright and fresh with classic gooseberry notes. The 2017 Sauvignon Blanc received a commendation at the prestigious International Wine Challenge in London, England.

You’ve sent us two more wines to try, these ones are from BC. The first is from a winery called The View. Tell us about the family behind that one.
• The View Winery is on a parcel of land in Kelowna, BC, that has been in the Turton/Ward family for five generations. Historically, fresh market apples were grown on the property.

• In the mid-1990s, they transitioned to vineyards and cider apples. The beloved old packinghouse built by Great Granddad Ward in 1922 was transformed into a winery and cidery. Jennifer Turton-Molgat has been president of The View Winery since 2006. Kristy French is the winemaker.

What have you sent us from The View?

• Silver Lining White is an artful blend of cool-climate grapes. The back label features uplifting quotes such as “A diamond is a piece of coal that handled stress incredibly well.” It offers vibrant aromas of lime and lemon zest. 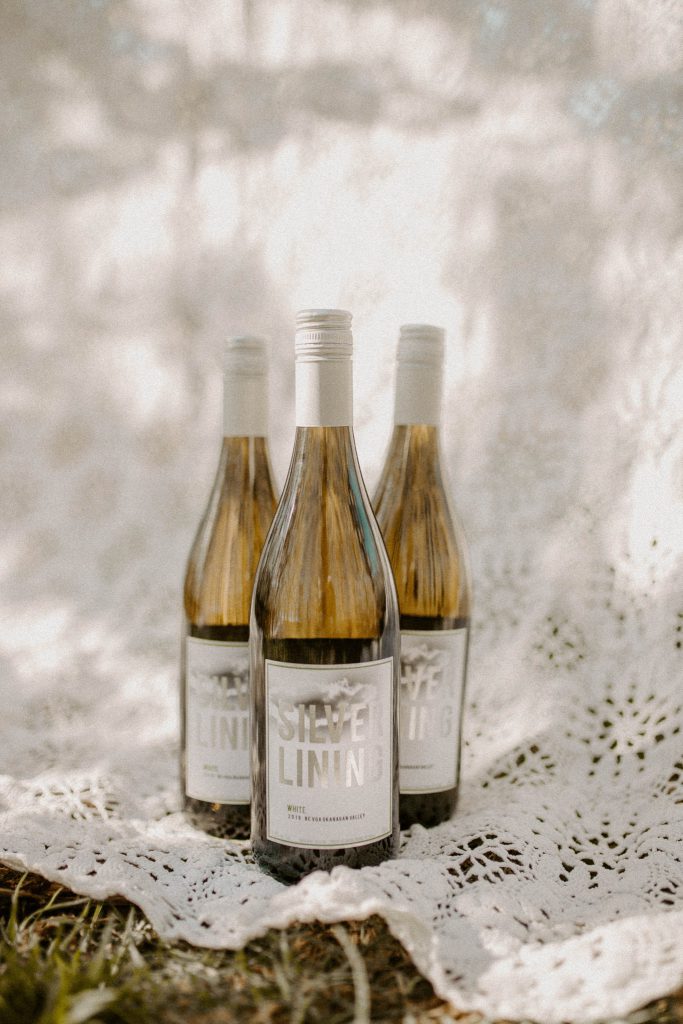 Our final spot is called Hester Creek. Tell us about it.
• The original vineyard on the Okanagan’s Golden Mile was planted in 1968 by Joe Busnardo, a BC wine pioneer. The winery is named after the creek that borders the south side of the land. Curt Garland bought the vineyard in May 2004. He was born and raised in Prince George and has continously improved the site over the past 17 years with new plantings and a state-of-the-art winery.
We’re ending with a red wine called The Judge and this one has such a cool bottle! I’m so curious to try it!
• The Judge was named more than a decade ago when the winemaker judged the best barrels for a premium Bordeaux-style wine that’s won international awards. It’s a robust red wine blend of handpicked Merlot, Cabernet Franc and Cabernet Sauvignon. It offers heady aromas of dark fruit, mocha, smoke and toasty oak.

Natalie, thank you for sharing these wonderful Canadian wines! Cheers to the long weekend everybody!