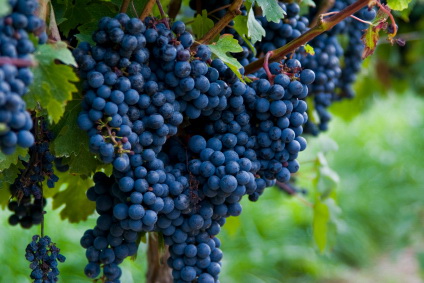 Chateauneuf-du-Pape is the most southern and important quality-driven appellation in the southern Rhone Valley.

The history of Chateauneuf-du-Pape can be traced back to the 14th century when the papal court of Rome relocated to Avignon, close to a limestone quarry for construction purposes.

Pope Clement V arrived in Avignon in 1309 during the rebuilding of the papal summer quarters in Calcernier. He ordered the planting of grape vines.

His successor John XXII is credited with developing the papal vineyard. This area became known as Chateauneuf-du-Pape, which translates to the “Pope’s new home.”

Chateauneuf-du-Pape as a wine did not emerge until the 18th century. Before th

is, wine known as Vin d’Avignon and was grown in bulk and shipped north up river to Burgundy.

This practice remained over the next few centuries as France is focused on Burgundy and Bordeaux.

The reputation of Chateauneuf-Calcernier grew steadily until the phylloxera epidemic of the 1870s (an aphid that ate the vine roots), which seriously affected production and quality as it did in the rest of France.

Replanting and shipping north to Burgundy continued until after WWI. With improvements in winemaking and modernization of vineyards, the name Chateauneuf-du-Pape took hold.

Baron Pierre le Roy of Chateau Fortia was concerned about the quality of Chateauneuf-du-Pape post-phylloxera and WWI.

His rules were some of the first to be adopted for Chateauneuf. He introduced limits on where grapes could be grown, yields, percentage of alcohol (12.5%), no external sugar or chaptalization to boost alcohol levels, a percentage of picked grapes discarded to minimize rotten and unripe grapes, rose outlawed and finally the types of grapes allowed in Chateauneuf-du-Pape.

About 90% of Chateauneuf-du-Pape is red wine. There are 13 grapes are permitted in

the production, though the Grenache grape is most often the majority of the blend, and is the most planted in Chateauneuf-du-Pape.

Approximately 1 out 14 full-bodied bottles of red Chateauneuf-du-Pape wine contains some full-bodied white wine in the blend to keep the wines fresh in style. Many vintages command a high price.

An interesting fact: If the white version of the Grenache grape, called Grenache blanc, is counted independently from the red version, there could actually be 14 permitted grapes in a Chateauneuf-du-Pape red wine blend.

Grenache is grown until it is sweetly ripe and jammy. Grenache is vinified in large cement tanks since it is prone to oxidation. Syrah is blended in to add colour and spice notes. Mourvedre adds structure and elegance.

Syrah and Mourvedre are vinifed in large old oak barrels. No new oak is permitted. Thus, none of the toasty oak or vanilla of other red wines dominate the nose of this red wine.

Other permitted grapes may be added at the discretion and tastes of the winemakers. After blending, other important factors are low yields and judicious use of oak make an exceptional Chateauneuf-du-Pape wine.

Vintages have been known to produce one of two wine styles or expressions: highly tannic or overly jammy.

Chateauneuf-du-Pape is truly a wine about the stones and soils of the area: Terroir.

When you join our wine community as a Paid Member, you’ll get access to all of my Chateauneuf-du-Pape wine reviews, which are updated weekly.