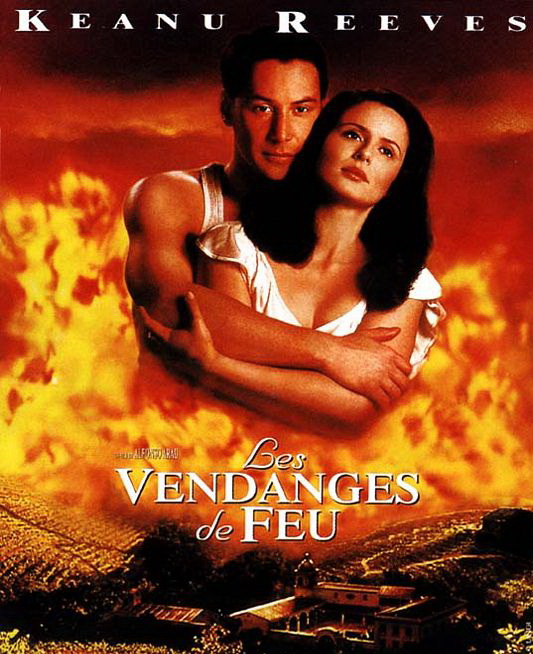 In anticipation of the Toronto Film Festival #TIFF kicking off this week, this is the first in a series of articles about wine in the movies.

First, I’d like to nominate a few of my favourite Oscar-worthy Canadian wines in honour of TIFF being held in Toronto:

Stay tuned for more nominations this week. Now let’s travel back to 1995. Although not written as a comedy, the movie A Walk In The Clouds offered many laughs for wine lovers and winemakers alike.

Keenu Reeves, a travelling salesman, meets Aitana, the beautiful daughter of a California vineyard owner. She’s distraught at her unplanned pregnancy, and he agrees to pose as her husband for her domineering father. 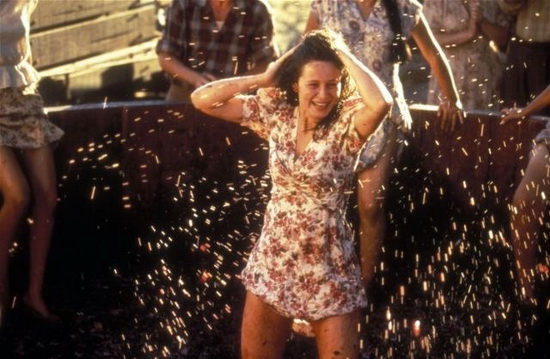 … it’s more sensuous than Jell-O wrestling, and second only to the scene in Spartacus (1960) when Tony Curtis washes Lawrence Olivier’s back with a 1947 Château Margaux. 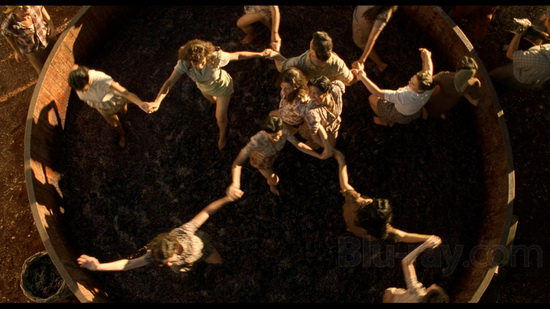 For viticulturists, though, the first howler is when everyone dons homemade butterfly wings and runs through the vineyards flapping their arms—this is supposed to keep the frost from killing the vines. 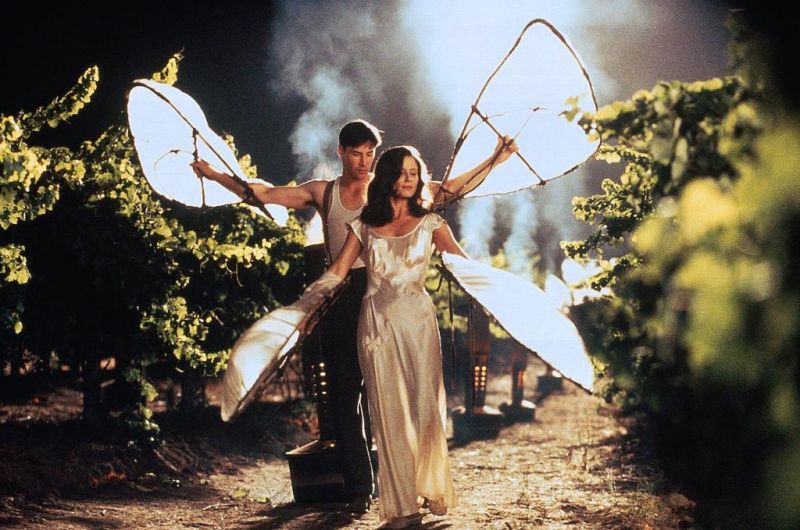 The second knee-slapper is towards the end, when a dissolute brother throws a gas lantern at one of the vines—and the ripe green grapes explode into flames like Molotov cocktails, causing the entire vineyard to burn like dead leaves.

To achieve this effect, one vintner said they’d have had to fly a pesticide plane over the vineyards and douse them with diesel fuel. But of course that’s not the point: the fire gave our dreamboat a chance to pitch in heroically, put the fire out, and finally be accepted into the family. 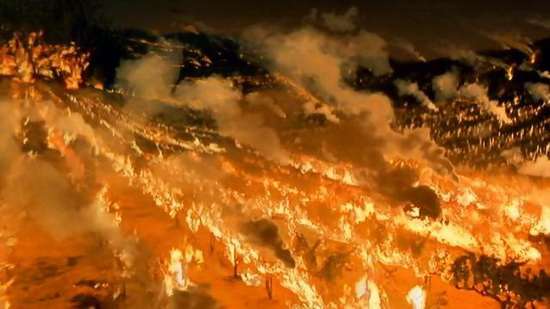 The next day, amid the smoldering vineyard, he and Aitana find one remaining live vine conveniently left on a picturesque hill top.

He effortlessly uproots the gnarly old growth with his bare hands (though the task usually requires John Deere equipment) and hands it to the patriarch.

They decide to clone the vine to start a new vineyard, and a new life— presumably one filled with genetic engineering and lobbying over organic labelling. 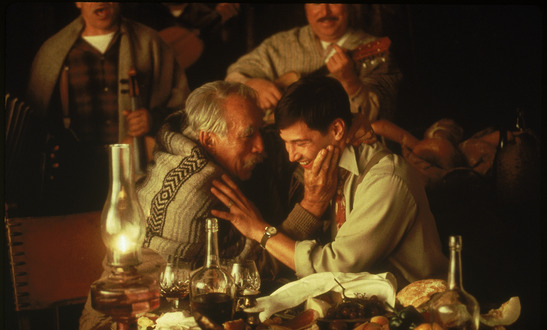 Read more about about movies and wine …