“I’m sometimes dismayed that sommeliers confuse their professional training with what consumers need to know to enjoy wine. We don’t need to know whether you can identify wines blind.

“Those are just parlor games for professionals. I think that professionals, like sommeliers, need to be able to communicate with the public in a language that they understand and that they find useful.” 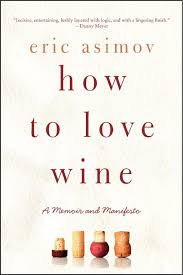 When I tasted wines blind with Eric at the paper’s headquarters several years ago, he lived those words. The blind tasting was to choose wines without bias for the readers of the column. I have never met anyone so wine knowledgeable, and so humble.

The blind tasting itself, though, was not broadcast for readers to wonder how on earth they could do the same thing.

I have to agree.

There’s a place for blind tasting wine, but it’s not for public guessing games. It’s useful to eliminate label bias when tasting wines side by side to choose great food pairings, as our team did for The Great Canadian Wine & Cheese Match.

The difference here is that our tasters aren’t trying to guess the wine’s name, vintage, region, grape and so on, while inviting others to watch them exercise mystical Jedi-like powers of intuition. They’re focused on the aromas, flavours and food pairings that consumers will enjoy.

And now at last, we have have wine web videos that actually blend humour and personality.

The online series Plonk crushes tired old wine talk, yet slyly mixes in wine education without a bitter after taste.

The creators of Plonk get it: you can’t begin to educate without entertaining … first, foremost, forever.

My thanks to the intrepid Beppi Crosariol for featuring the series in his Globe and Mail wine column. It deserves the attention, and is certainly getting it with 98,000 views and climbing quickly.  Now that’s viral.

My favourite scene is in episode four when Chris, the host, gets Rocky-style training on how to taste wine blindly: that is, with the bottle’s label concealed, often with a bag.

Then, of course, he has a big showdown taste-off with his more wine-knowledgeable friend Josh. The scene deftly parodies the ridiculous notion of blind tasting as a proving ground for wine expertise and palate superiority.

Blind tasting to identify a wine, especially as a public watch-me game, is what puts the snobbery back into the bottle. It’s a binary vision of the world: you’re right or you’re wrong; you’re in the know or you’re not; you’re one of us or you’re an amateur.

Wine isn’t black or white; it’s about a wide spectrum of pleasure in all its many colours. It’s also about inviting people to the table rather than creating cliques of insiders. 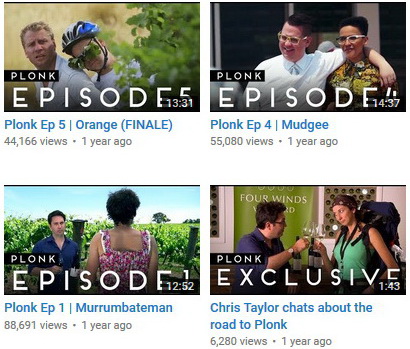 When the reward is simply finding great wines to recommend, rather than on winning or losing, you don’t need to make excuses for grossly inaccurate guesses by slamming the wine and saying that it’s not typical of the region or it’s too much a mass-market, low-end commercial wine to distinguish itself.

The foolishness of blind tasting is more resonant now than ever, as wine styles around the globe have converged under the influence of market forces, flying winemakers and international consultants, barrel aging programs, consumer demands and taste trends.

Then layer into this the challenge of tasting tank samples, as I do, when the wine is in its infancy. 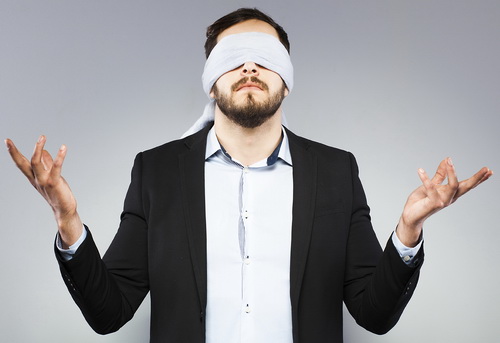 Consider that one of the finest wine writers and experts that the U.K. ever produced, Harry Waugh, was also one of the most modest. When this director of the first-growth Bordeaux Chateau Latour was asked whether he’d ever confused a Burgundy for a Bordeaux, replied, “Not since lunch.”

Never mind that, how about confusing a French wine with an Australian, much less Spain with Canada?

The much respected writer Calvin Trillin wrote a fascinating piece in The New Yorker magazine several years ago about how wine experts mistook a white wine for a red when tasting from an opaque tasting glass.

The Californian wine importer Kermit Lynch, author of the seminal book Adventures on the Wine Route, said it best: “Blind tasting is to wine as strip poker is to love.” 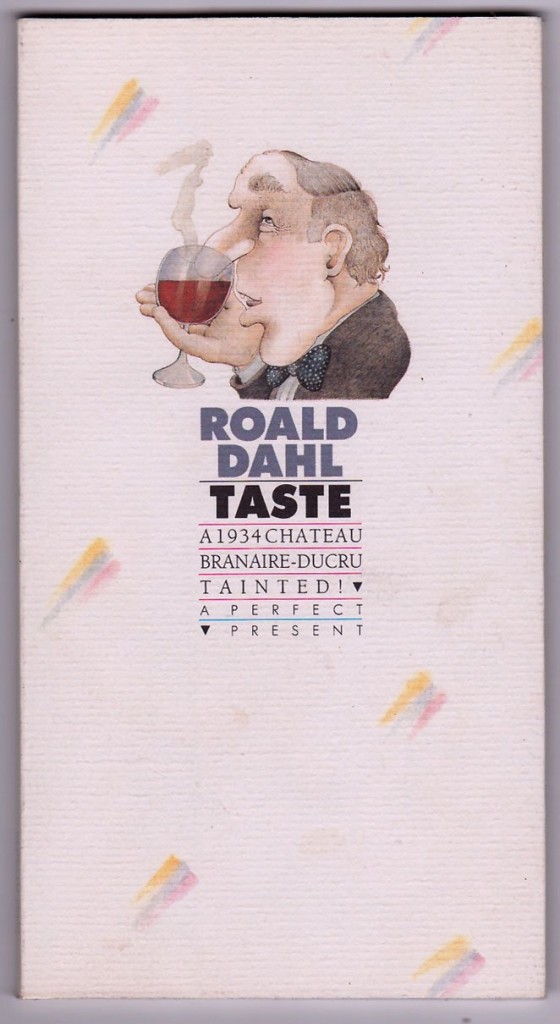 This reminds me of my favourite short story by Roald Dahl, who wrote the beloved children’s books, Charlie and the Chocolate Factory and James and the Giant Peach. Dahl also wrote brilliant short stories for adults with food and drink themes.

In his 1951 short story entitled Taste, a stockbroker challenges his wine connoisseur friend to a blind tasting. If he wins, he acquires two grand houses belonging to his friend. If his friend wins, he gets the host’s daughter’s hand in marriage.

I won’t give away the ending, but again, it points to the risible idea of blind tasting as the blood sport of wine.

My own tasting process has evolved over the 15 years that I’ve been writing about wine. Even as a super taster, my approach starts with the wine’s identity; it doesn’t end with it.

I want to explore not just the taste and pleasure that the wine offers, but also its history, the people involved and surprising trivia that I can include in my tasting notes that will give consumers more of the back story when they enjoy it.

As I told Adam McDowell, the National Post Drinks Columnist, for his article: wine reviewing, like art criticism, is largely a matter of taste and opinion. As such, it still serves as useful advice for consumers navigating the huge and confusing world of wine.

As wine critics I think our primary goal is to be of service to wine drinkers, to be their guide; their virtual wine friend standing beside them at the store.

We have a passion for wine and whether we express it in a number or a word or sighs of pleasure, it all points to something vital in the glass.

You can watch episode four above (click on the arrow) that features the blind tasting, and is posted here with permission from Plonk.

You can also watch the rest of the first season of this wine video series on YouTube, as well as Season 2!

More favourite moments from this series:

When a winemaker asks Mike, “So you think a show sitting around tasting wine is going to be lively?”

Later, Mike asks if he can do a wine tasting on a tractor to mix things up. When told no, that it will be done like all the rest on the cliché wine barrel, he loses it:

“Too many f*cking barrels. You have no ideas that are original!

Reminded me of Miles and his f*cking Merlot in the movie Sideways.

Then there’s Josh tasting with a winemaker:

Josh: Ah, it only seems sweet.

I’d love to hear what you think about this video series and blind tasting generally!