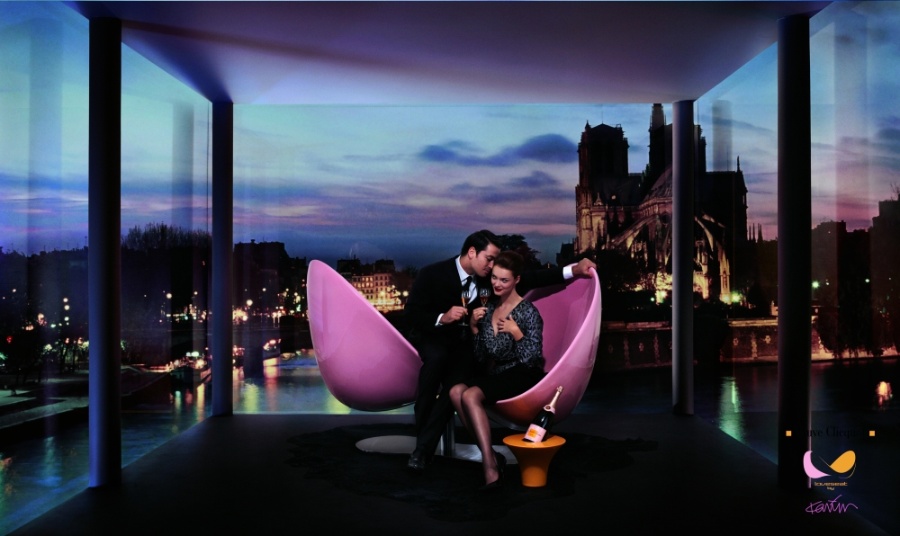 Above: Designer Karim Rashid created a Love Seat for Veuve Clicquot’s Yellow By Design exhibition, a modern take of an 18th century love seat blended with the rose colour seats to complement the Veuve Clicquot wine.

Madame Clicquot wasn’t just a saleswoman, she also developed the technique called remuage or riddling, to remove sediment from the wine – a method that was quickly adopted throughout the Champagne region. 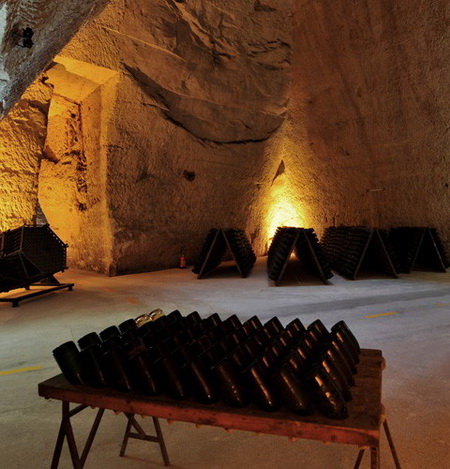 The second fermentation in the bottle that gives champagne its carbon dioxide also creates sediment, which gives the wine an unsightly cloudy appearance.  To clarify it, Madame Clicquot drilled holes in her kitchen table and inserted the bottles upside down.

The sediment gradually collected the necks, where it was disgorged while still upside down.  Then the bottles were righted and re-corked. 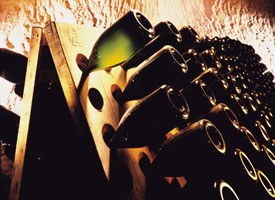 Eventually, she switched to upright racks, which took up less space in the cellar.  (And presumably, Madame grew tired of having to balance her dinner plate on her lap.)

Veuve Clicquot ran the business for more than sixty years, until she died in 1866, at the age of 89.

Meanwhile, in 1858, at the age of 39, Louise Pommery was left a widow with two young children — just a year after her husband, a wool trader, had invested in the champagne business. 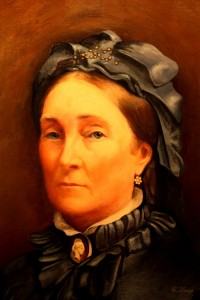 houses, buying some of the best vineyard land in the region and creating a new, dry style of champagne.

Until then, champagne had always been made sweet to balance the wine’s acidity.

But during her travels in England, Madame Pommery noticed that the British liked their wine dry with finesse, such as well-aged Bordeaux and Burgundy.

So, in 1874, she decided to make champagne with these tipplers in mind and produced the first “brut” champagne.  Pommery eventually became one of the top exports to the British market.

In tribute to her success there, she used neo-Elizabethan architecture to build the grand Pommery estate, over which she presided for thirty years. 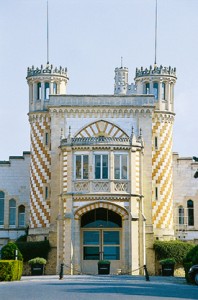 The house of Laurent-Perrier was developed in much the same way, when Mathilde Emile Laurent-Perrier took over the winery that her husband, a former barrel cooper, had founded.

After that, another widow took over: Marie-Louise de Nonancourt, sister of Victor and Henri Lanson who produced champagne under their own name.

Together, the Madames Laurent-Perrier and Nonancourt laid the foundation for Laurent-Perrier to grow from sales of just 38,000 bottles a year to more than seven million, making it the fourth largest producer in the world. 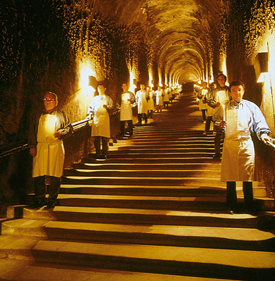 Continue to Part 3 of The Merry Widows of Mousse