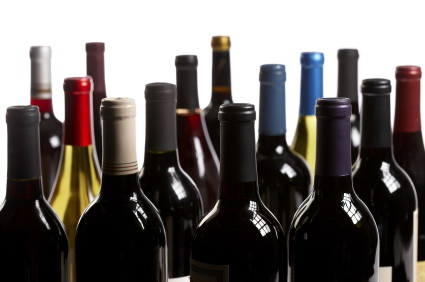 Tempranillo is a native grape from Spain, and many believe, the most important grape for Spanish wine.

The name Tempranillo comes from the Spanish word “temprano” which means “early” and is a reference to the fact that this grape ripens earliest of all other grapes in the country.

You’ll find my most recent Tempranillo reviews and ratings here.

1. Tempranillo is most commonly known as Tempranillo, but it does have as many synonyms, as there are dialects of Spanish. Here are a few more of its names: Tinto Fino, Tinto del Pais, Ull de Llebre, Cencibel, Tinto Roriz.

2. Tempranillo can be notoriously difficult to grow as it ripens so early the buds can be susceptible to spring frosts, and the skins are very thin making them a likely candidate for rot.

3. The vines are often grown at a high altitude as it helps gain the diurnal shift (hot days and cool nights). The grape needs to achieve sugar content and a balancing acidity.

Tempranillo soils vary in each vineyard over the Spanish countryside, but typically they are croppings of limestone, alluvial, and clay.

Tempranillo is typically blended with Garnacha in Spain and Syrah in New World countries.

4. Tempranillo’s two most famous regions of Spain are the Rioja and the Ribera del Duero.

Rioja was the first to

However, the Ribera del Duero has taken huge strides forward to garner notice in the last few decades. The region’s best known producer, Vega Sicilia, was the first to prove it could produce a fine Tempranillo, but other big names include Dominio de Pingus, Spain’s most expensive wine, Mauro, and Torres.

5. While Spain is not the only country growing this finicky grape, it seems to be its first home. Other countries growing this grape include: Argentina, Chile, Turkey, Canada, Australia, Mexico, and the United States where some believe Texas has the right conditions to produce a fine Tempranillo.

However, the most important second home of Tempranillo is in Portugal, where it goes by the name Tinto Roriz and is a key component of Port wine.

The wine has aromas of tobacco leaves, leather, and a spicy quality, and can sometimes display berry flavours.

Tempranillo pairs nicely with a traditional Spanish dish like Cuchifritos which is a roast of goat or lamb done with bay leaves, rosemary, some garlic, vinegar, and olive oil. Researched by Lesley Quinn

When you join our wine community as a Paid Member, you’ll get access to all of my Tempranillo wine reviews, which are updated weekly.