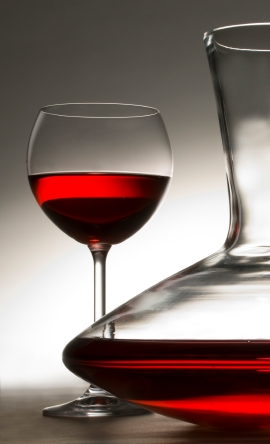 Ripasso is not a grape variety, but rather a winemaking process, made famous in Italy.

This sends the wine into a second fermentation and gives the wine more tannins, body, flavour, and alcohol. You’ll find my top 10 Ripasso reviews and ratings here.

1. The wine of Valpolicella, made from

a combination of native Italian grapes most commonly Corvina, Rondinella and Molinara, is re-passed over the leftover grape skins and seeds of the wine, also known as its pomace.

2. Some refer to the Ripasso style of wine as a “baby amarone,” more powerful than simple Valpolicella, but not quite as fierce as an Amarone.

Think of Ripasso as recycling the leftovers of a Valpolicella to make a bigger and bolder wine.

This style was developed by famed producer Masi in the 1980s, and Masi is still considered one of the best. However, Tommasi also achieves elegance with the Ripasso style.

4. The wine of Valpolicella, made from a combination of native Italian grapes most commonly Corvina, Rondinella and Molinara, is re-passed over the leftover grape skins and seeds of the wine, also known as its pomace.

This sends the wine into a second fermentation and gives the wine more tannins, body, flavour, and alcohol.

Pair this style of Valpolicella with a New York striploin steak with a nice bit of marbling to it.

5. Valpolicella Recioto is when the grapes are left to ripen on the vine and then taken to special drying rooms to increase the sugar level producing a rich sweet wine. This method has been used for centuries.

Valpolicella Amarone is when a Recioto style wine is fermented completely dry as opposed to sweet. This wine was historically an accident when a Recioto wine’s fermentation went too far. However, in the 1950s the process was resurrected and perfected.

Today Amarone is a highly respected fine wine of the world. With its high alcohol, it manages to capture the rich notes from the drying but still holds on to a great acidity due to the cool climate of Valpolicella.

Amarone flavours include dark chocolate, and raisins. Most Amarones need at least 10 years of aging to fully develop their potential but after reaching maturity will stay vibrant for another 10 years. Amarone della Valpolicella is also a designation for D.O.C.G. quality.

Serego Aligheri and Tedeschi are makers of incredibly fine Amarone. Amarone wine pairs best with a big meal like a pot roast, or a rib eye steak.

When you join our wine community as a Paid Member, you’ll get access to all of my Ripasso wine reviews, which are updated weekly.