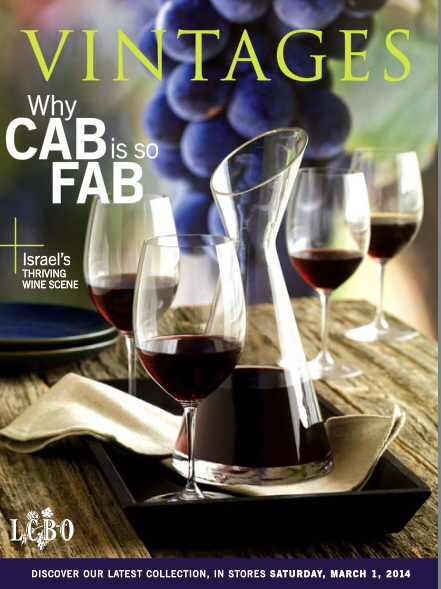 Cabernet Sauvignon hits the spotlight in the March 1 LCBO Vintages Release. This robust red wine is one of the most recognized wine styles and grapes universally, and is grown in many wine producing regions around the world.

The LCBO is featuring Cabernet Sauvignon wines from a wide array of regions, including Ontario (both as a stand-alone varietal and in blends with Merlot), California (both reasonably priced Cabernets as well as those in the collector’s pricey range), Chile (always a source of great value), Australia (re-tooling its Cabernets to be less oaky, and often blended with shiraz), and France (classic Bordeaux blends as well as those from southern France).

For those who want to splurge, two benchmark Cabernet blends are found in this release: Segla, 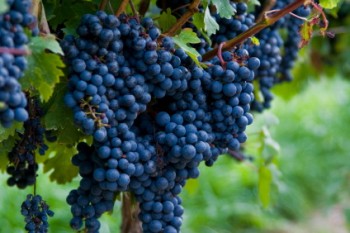 the second wine of the Margaux estate Chateau Rauzan-Segla in Bordeaux, both the 2006 and 2009 vintages at $57 and $67 respectively, reflecting the fact that 2009 is considered the stronger vintage for this chateaux; as well as California’s Nickel & Nickel Kelham Vineyard ($119), long considered one of Napa Valley’s cult Cabernets.

However, my focus continues to be in finding the great values for you, whether it’s a bargain-priced Bordeaux like Chateau Pey La Tour Reserve 2009 or my best value red wines from the entire release, such as the incredible value in Santa Rita Medalla Real Cabernet Sauvignon 2009 from Chile ($17.95) and  Finca Sophenia Reserve Cabernet Sauvignon 2011 from Argentina ($17).

This is just a sampling of my wine ratings, the most quoted Canadian source of reviews in the Vintages Magazine. I’ll be posting the rest soon.

In the meantime, you can see my wine reviews for February 15.

Inventory stock numbers are usually posted online a day or two before the release based on the LCBO doing so.

Cabernet Sauvignon is often the lead or base wine in blends around the world, whether it’s with Merlot and Cabernet Franc in Bordeaux and Shiraz in Australia. Its success ties largely to the flavour intensity in the glass, due to the small, concentrated size of the Cabernet Sauvignon berry or grape, as well as its consistency with aromas such as blackberry, blackcurrant and cassis.

It also grows easily and robustly in many regions because Cabernet Sauvignon is not as susceptible to mold, rot and mildew as some other red wine grapes are due to its thick skin (a valuable attribute in people and wine). It ripens late in the spring conveniently missing damaging spring frosts and late into the fall to develop rich flavours. 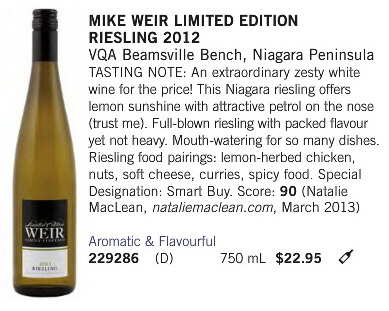 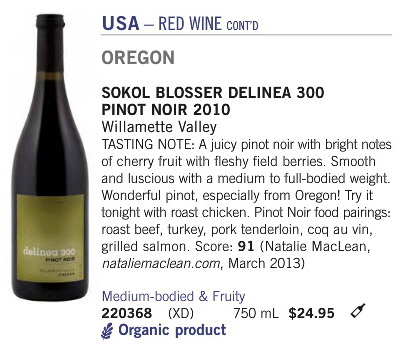