Continued from Part 2 of Airline Wine …

The now defunct Canadian Airlines’ wine program used to take take the opposite approach, serving wines that passengers couldn’t buy on the ground — wineries had agree not to sell the airline’s selections in Canada. (That’s probably not the primary reason the company went under, but you never know which is the last drop that makes your cup overflowth.)

Many airlines use an outside tasting panel to make the final choices. The oenological literati advises British Airways: Hugh Johnson, Michael Broadbent and Jancis Robinson who says in her memoir that after gushing about being invited to participate on such an august panel, she received the deflating explanation from the British Airways rep: “Well, we thought we needed a woman.”).

Robinson also says that panel tasting has the smudging effect of eliminating distinctive wine given that someone in the group is likely not to like an extreme style.

This drags wine choices into the “innocuous middle ground of communal assessment” to please everyone, which is ideal for airlines, but not for wine lovers who are better off following one critic they trust.

Of course, the most distinctive wine is served in business and first class. The crème de la crème is British Airways’ Concorde Cellar which consists of mature, cru classé red Bordeaux, grand and premier cru red and white Burgundy and a cuvée champagne.

The cellar holds ten years’ selections for aging. Benchmark wines fill the list such as Krug, Heidsieck, Pol Roger and Dom Pérignon, the latter of which the airline is the single largest buyer in the world. The airline also features the best of the New World such as Penfolds Grange, Opus One and Kistler.

The difference between the Concorde and first class service is one of maturity: the same wines are poured, but those on the 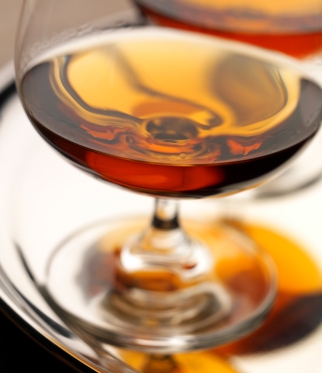 Concorde have been cellared longer.

While most airlines change their wine list as they deplete inventory, British Airways changes its Concorde wine list every month and is considering a weekly rotation given the frequency with which its customers travel (or, at this point, used to travel).

A recent winner, Finnair, spends two-thirds of its wine budget on business class, which still only accounts for about 4% of a business class ticket.

For wineries, getting on airline lists not only means revenues that don’t eat into ground sales, it’s also an international sampling program.

Australian winemaker Wolf Bass recognized the promotion potential early on, and held wine tasting sessions with captive first-class audiences whenever he flew. He was also known to have himself paged frequently in airport lounges so that his name was top-of-mind with duty-free shoppers.

Even with these changes, we aren’t exactly in the Golden Age of airline wine. But we can expect to see the quality improve, with less conservative choices.

British Airways, for example, is experimenting with organic wines, Alsatian rieslings, Romanian reds, Austrian pinot blancs and recently, a red Loire wine that “went down an absolute storm” with passengers.

The airlines also plan to package more information with their wines. This may mean watching a short video on the wines being served, perhaps an expert tasting session (which gives new meaning to flights of wine) or a travel piece on the region where the wines were produced.

This may also extend to interactive web-based sessions, where passengers can explore information on the wines as deeply as they desire. Delta already includes its wine list on its site, and in its wine guide, reviews several wine web sites for “cybersipping”.

If you want great wine these days you don’t have to fly thousands of miles to get it, you can sip it en route. Now if they could just fix the stuff that can ruin a good glass claret.