Our guest this evening is the first woman in America to become a Master of Wine. This title represents the highest level of knowledge and proficiency in the wine trade. Currently, only 380 people worldwide are Masters of Wine, including 51 in the U.S.

She is co-author (with her husband, Ed McCarthy) of “Wine For Dummies” and 7 other wine books, with around two million copies sold and translations into 38 languages. It is one of the best-selling wine books ever.

She was also wine columnist for The Daily News in New York City for more than ten years, and has been featured in The Wall Street Journal, Food & Wine magazine, The New York Times, The Wine Spectator, Newsday, and Gourmet. She is head of International Wine Center, a New York-based school for wine professionals and anyone aspiring to learn about wine.

And she joins me live now from her home in New York City: Welcome to the Sunday Sipper Club Mary Ewing-Mulligan!

Click on the arrow above to hear Mary’s story. 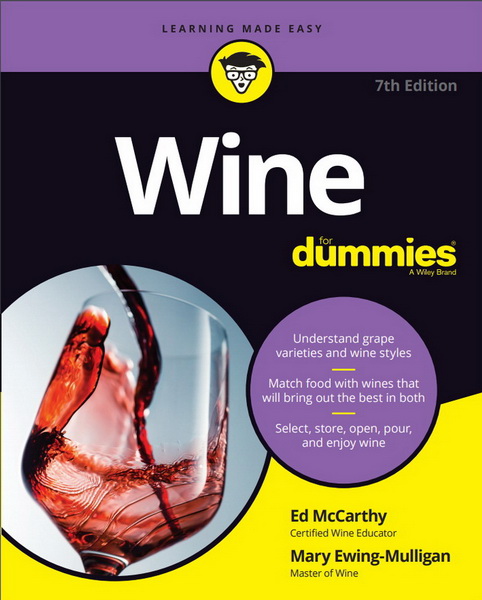 Lori Kilmartin · 44:29 My Repour test found that after 5 days it was like new, 10 days was starting to evolve – and the wine was still drinkable at 15 days!!!

What sparked the idea for the Wine for Dummies book?

Tell us in a nutshell what this book is about?

What’s the most interesting thing that someone has said about your book?

What were the consequences or changes, if any, in the wine industry, or for wine consumers?

What was the most difficult aspect of passing the Master of Wine exam?

When it comes to wine education, what is the most important aspect?

Edison Jeton · 42:07 if I’m a wset level 3 certified, and I already have the introductory sommelier course certification. do you think I will have enough knowledge to pass the certified sommelier from the CMS? 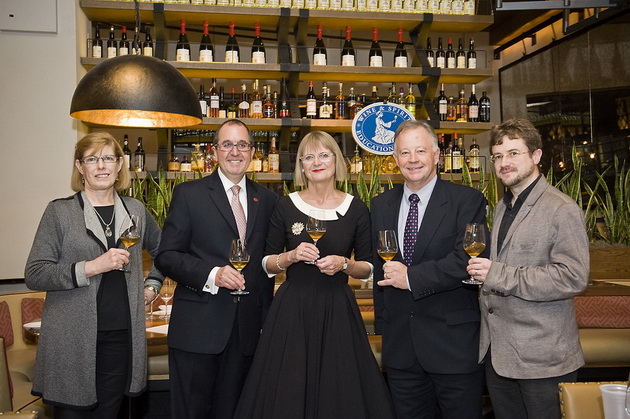 Lise Charest Gagne · 27:37 Just taking WSET was really tough for me while working a full time job and managing a home plus volunteering in the community

Peter Hellman · 36:43 I wish I could join you in that glass of wine with Emile Peynaud. His book, ‘Le Gout de Vin,” was the first serious wine book I bought. Expensive but priceless! 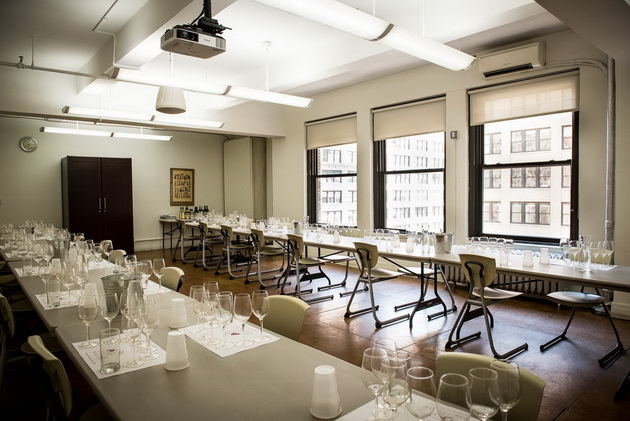 Lois Gilbert · 28:30 As the leaders in the wine industry do you discuss how climate change will effect the wines we love especially California wines?

Lois Gilbert · 12:47 A what point in your career did you decide to test for the master program and how long did it take you to achieve your goal? 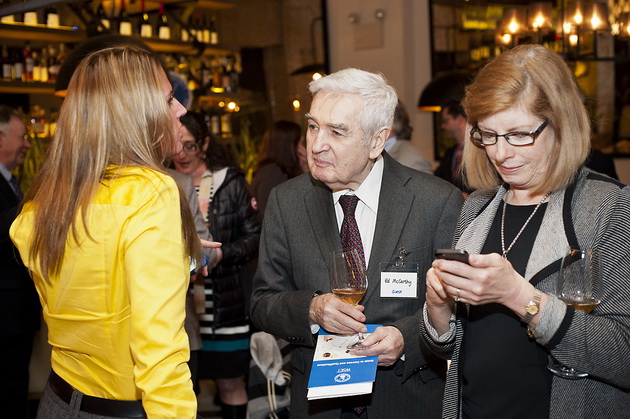 Lois Gilbert · 22:23 Once you become a master do you ever have to retest and there a goal you are currently working towards in a designation?

Alan Cameron · 41:13 Every week you increase my ability to appreciate wines more…The landscape of the wine, its terroire. tonight the architecture of the wine ( it’s structure…)…I am so impressed….such a wonderful broadcast of sharing. 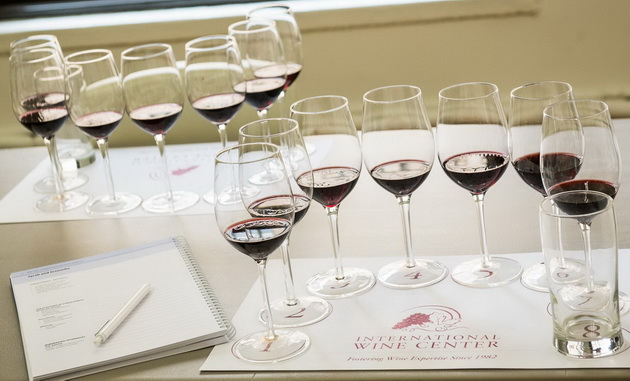 Lori Kilmartin · 24:27 I have a friend working on her MW. Do you have any “words of wisdom” for her? 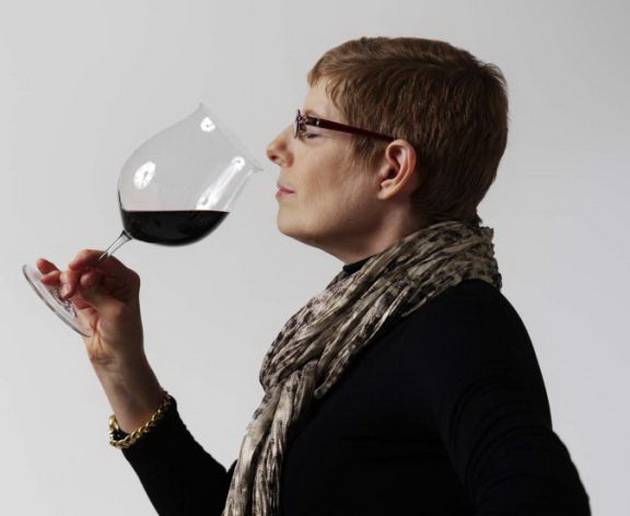 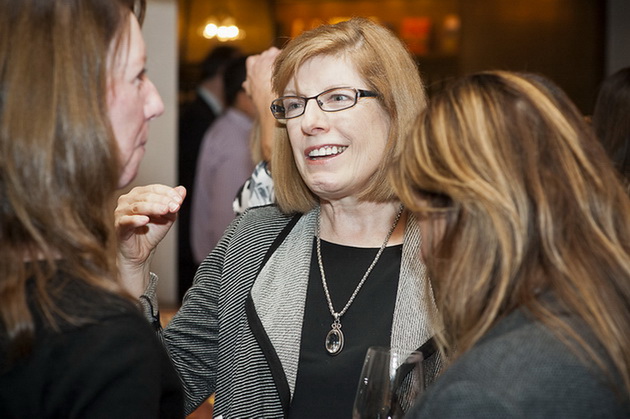 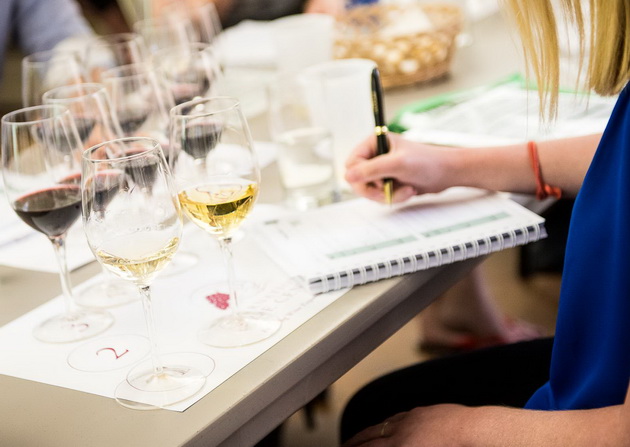 Mary Ewing · 26:34 Lori, I hope what I said will help her. For every individual, it’s an individual struggle but the foundation is doing the work gaining the knowledge and developing the perspective. (Taste not-blind a lot, to cement appropriate descriptors.) 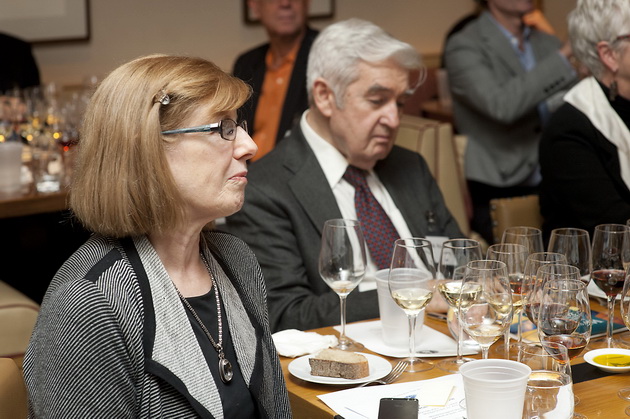 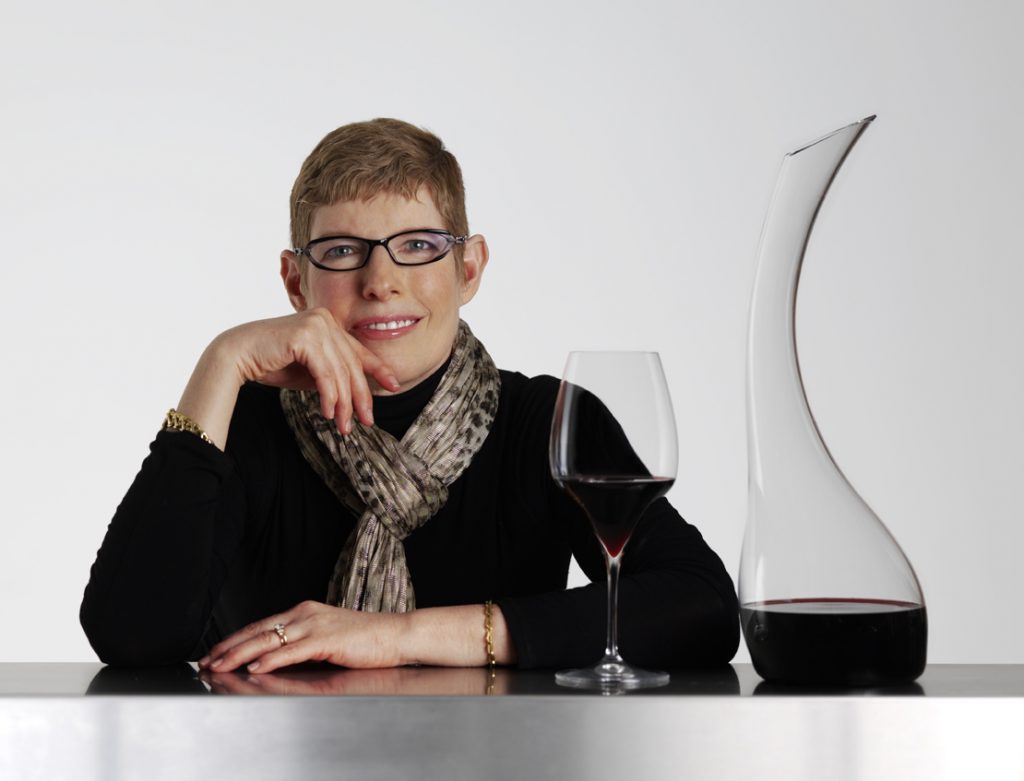 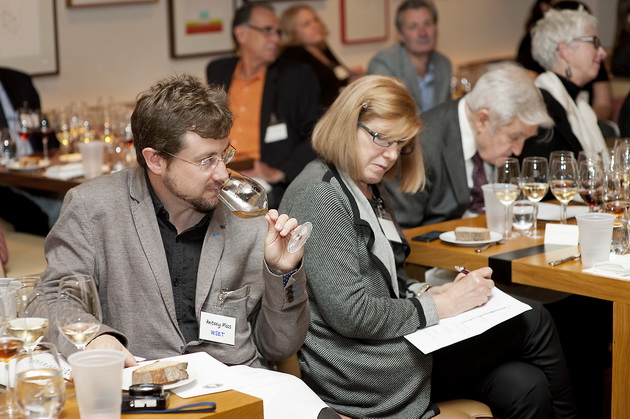 Phyllis Cook · 28:38 I have always wondered about specificity measuring in wine. For instance, if a wine is a Cab, but it’s characteristics are not that of an outstanding Cab, maybe of something else, not sure what, but it tastes good. Should that lower it’s general rating? Don’t know if I’m making myself clear. In other words, could a wine measure well on it’s own, just as a darn good wine… :) 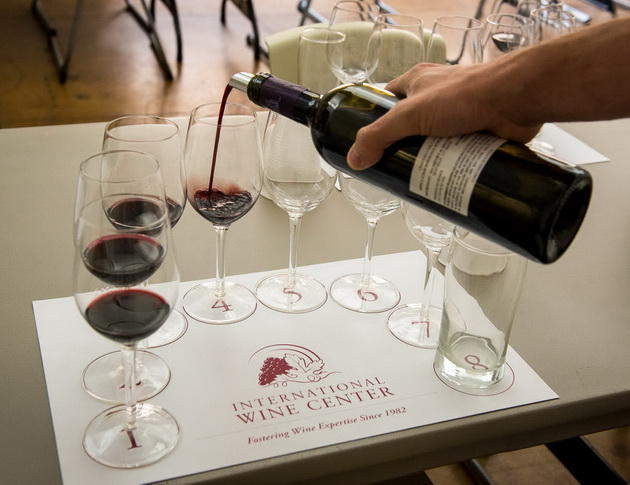 Mary Ewing · 2:53 Today, it takes about 5 yrs, as it did for me – but today there’s a great support system — not to mention a higher bar to entry into the program in the first place. Starting requirements are the SET Diploma or some international equivalent plus 3-5 years professional wine experience.

Bill Head · 0:00 Howdy from Austin. I liked what Mary said at the first of the interview about vintage, and wine not being as delicate as people think. When your interview started, I was finishing off a 21 year old Riesling that my wife happened upon in our little cellar. 1997 Ungsteiner Herrenberg Riesling Auslese. It had spent most of its life in pretty good conditions. The colo(u)r was darker. I’m not smart enough to compare it to wet hay, cat pee, and dewberries with a chocolate finish, but it was Damned Tasty! I “paired” it with some crackers I bought at Trader Joe’s. 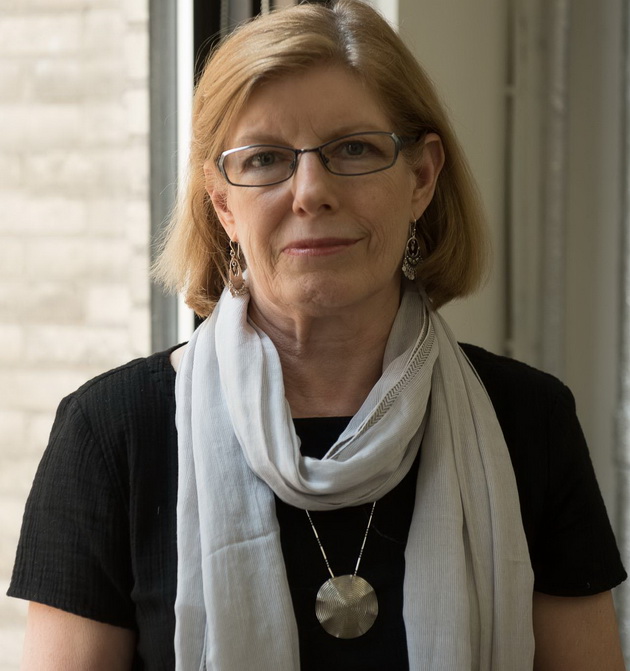 Mary Ewing · 4:17 This is THE topic of discussion. Winemakers like Cathy Corison who harvest early for lighter, more refined wines are garnering high praise. But you need to have a terroir where the grapes ripen enough in terms of their tannins so that you can harvest early. This is becoming the dividing line between truly fine wine and just regular wine. Thanks for asking! 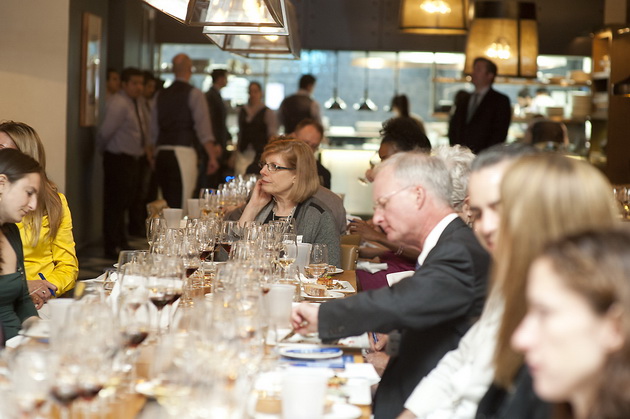 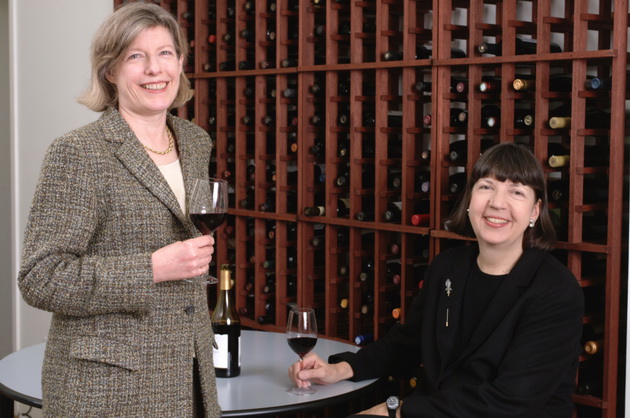 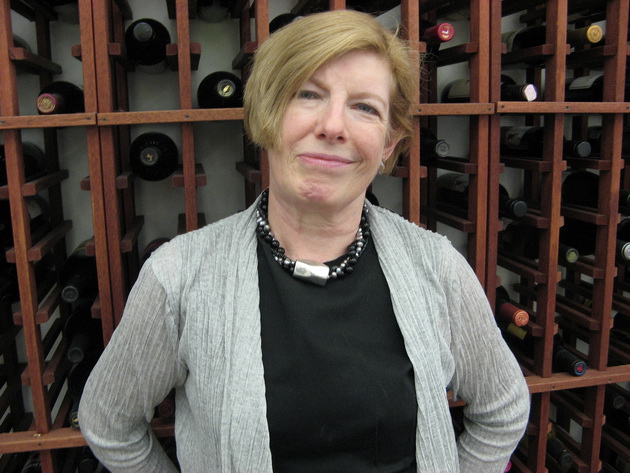 Mary Ewing-Mulligan, president of International Wine Center is the first woman in America to become a Master of Wine. This title represents the highest level of knowledge and proficiency in the wine trade. Currently 369 individuals worldwide are Masters of Wine, including 45 in the U.S.

Mary Ewing-Mulligan was wine columnist for The Daily News in New York City for more than ten years, as well as a columnist for trade magazines, “Nation’s Restaurant News” and “Beverage Dynamics.” She also contributed wine articles to several publications in the U.S. and England. She is a past president of the Institute of Masters of Wine (North America) and currently serves as one of its Directors.

Her accomplishments have been featured in numerous publications, including The Wall Street Journal, Food & Wine magazine, The New York Times, The Wine Spectator, Newsday, and Gourmet, and she has made dozens of television appearances. She also frequently judges at major national and international tasting competitions, and lectures to private groups.