We had a great chat on Global Television’s Morning Show Friday about how to recognize and describe the aromas in wine.

Describing wine often has a faint whiff of condescension over a robust layer of barnyard by-product. The adjectives seem to be the fruit of over-ripe imaginations: when I hear “muscular,” “tight,” “rakish,” it’s hard to tell whether the critic is talking about wine or Brad Pitt.

“Perfectly integrated” is how I’d describe my son’s multi-racial nursery school; and “legendary concentration” is what I need to figure out my income tax return. However, “opulent” is indeed a legitimate wine descriptor – it usually refers to the price.

“It just smells like wine to me,” a friend said recently when pressed to describe the wine we were sharing. She isn’t alone: beyond a few basic adjectives, most people have difficulty describing how a wine smells and tastes.

Indeed, the first time I listened to two wine-loving friends discuss a Merlot, I thought they were speaking an ancient tribal language. They reminded me of James Thurber’s 1937 cartoon showing one drinker commenting to others: “It’s a naïve domestic Burgundy without any breeding, but I think you’ll be amused by its presumption.”

Wine writing continues to evolve into ever-more esoteric language that seems far removed from the actual experience of smelling and tasting wine. (I’ve never smelled lantana, the evergreen shrub one writer insisted he found in an Australian Shiraz.) What could be prompting this proliferation of purple prose?

The thousands of new wines coming onto the market that all require descriptive differentiation? Are wine critics looking to secure their niches through obscure comparisons that no one can question? Is this a way of getting more cash for vin ordinaire? Or could it be a renaissance of wine appreciation, demanding new ways of talking about one of civilization’s oldest drinks?

Dr. Adrienne Lehrer, professor emerita of linguistics at the University of Arizona, has been studying this topic for twenty years. According to her recent report, Trends in Wine and Trendy Words, wine description is getting more precise and intense. A wine today isn’t simply balanced, it’s “integrated” or “focused.” In contrast, an unbalanced wine is “muddled’” or “diffuse.” A full-bodied wine is now “chunky” and “big-boned”; a light-bodied wine “svelte” and “sleek.” 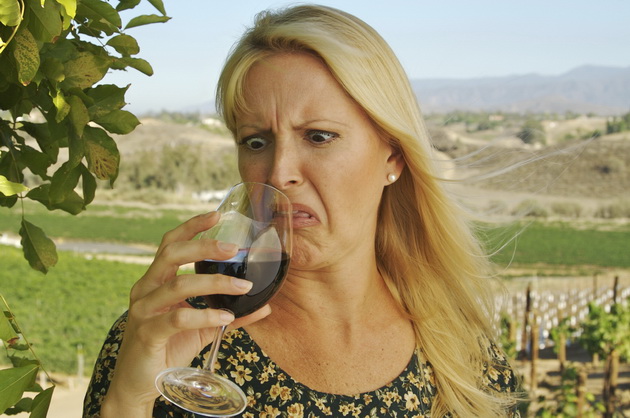 “I’m interested in this from a linguistic point of view, because wine writers are pushing the language and making up metaphors,” Lehrer says. “When critics try to describe thirty Californian Chardonnays, they often find the wines are similar — but it would be boring to read the same old thing all the time. So they jazz up the description to keep readers engaged.”

While compiling her glossary of frequently used wine adjectives, Lehrer discovered that the high-growth tasting terms include “barnyard funk,” “transcendental,” “intellectual” and “diplomatic.” “Funky was used a lot,” she says. “I don’t know whether it has any specific meaning that’s different from the way that it’s used elsewhere.”

For one California Cabernet, we are asked to “imagine Naomi Campbell in latex.” An Australian Shiraz is a “Chippendales dancer in leather chaps – tight, full-bodied and ready for action.” A New Zealand Cabernet Merlot is like “a Victoria’s Secret fire sale — smoky charred wood, leather, spicy and very seductive.”

But is Wine X simply the same juice in an accessorized bottle? Does trashing grammar and mixing metaphors make it irreverent, or irrelevant? Walter Sendzik, publisher of the wine magazine Vines, which also reaches out to young drinkers, believes that traditional wine description is too esoteric. But you can go too far in the other direction, he says: “I’ve never tasted or smelled Naomi Campbell in latex.”

Even the renowned U.S. critic Robert Parker has contributed phrases such as “amazingly infantile,” and “packed with plenty of jammy, laser-guided fruit.” The topper, though, has to be American satirist Ralph Steadman’s description of an Algerian wine: “Very soft and very round, like sheep’s eyes with square pupils. The hint of promise got steeper and sparser yet and it began to taste like dull pewter covered in dust and cobwebs stuck to the roof of my mouth.” 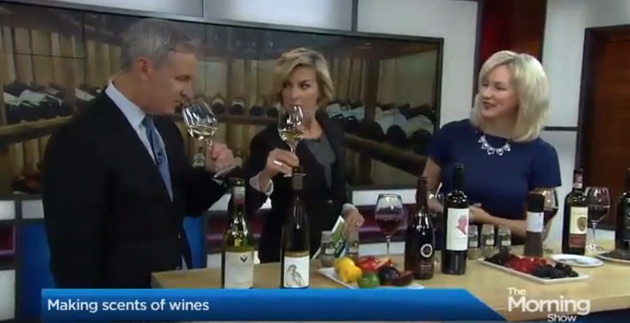 All this seems to be a reaction against the same high-flown wine language that Thurber corked with his cartoon. Even in Evelyn Waugh’s 1945 novel Brideshead Revisited, two young men mock social pretense when they describe the wine they’re tasting:

In fact, serious attempts have been made to standardize wine tasting vocabulary. The accepted template is now the Aroma Wheel, developed in the early 1980s by Ann Noble, professor of oenology and viticulture at the University of California, Davis.

The inner circle of its concentric rings note the most basic wine adjectives, such as “fruity” and “floral,” while the sub-divided middle and outer rings provide more descriptive terms such as “grapefruit,” “strawberry jam” and “asparagus.”

But wait — isn’t wine made from grapes rather than asparagus or grapefruit? Well, there is some sense behind this descriptive noble rot. The molecular structures of wine are in fact similar to those found in fruit, flowers, vegetables — and even in spoilage factors such as “wet dog” and “cardboard box.”

For example, scientists have identified the chemical compound methozypyrazine in aged Sauvignon Blanc which has a canned asparagus aroma. That compound is also found in high concentration in – you guessed it — canned asparagus.

Grapes are osmotic: absorb the aromas around them: eucalyptus trees, paving the road

Two wine snobs: metallic and the other smelled like a leather armchair

As our culture is visually oriented, much of our language refers to sight cues. Of all our senses, smell is the most underdeveloped — perhaps because we no longer have to hunt for our meals or worry about poisonous plants.

Even taste fares better: most waiters can come up with mouth-watering descriptions of a restaurant’s dishes. But unless they’ve taken a wine appreciation course, many are hard-pressed to offer equally rich descriptions of the wines on the list.

Yet for all that, we have only four genes for vision — but one thousand genes for smell. We can detect just five basic tastes but more than two thousand aromas. While input from the other senses must go to the hypothalamus and then on to the cortex for further analysis, smells go directly to the areas of the brain responsible for emotions and memories. 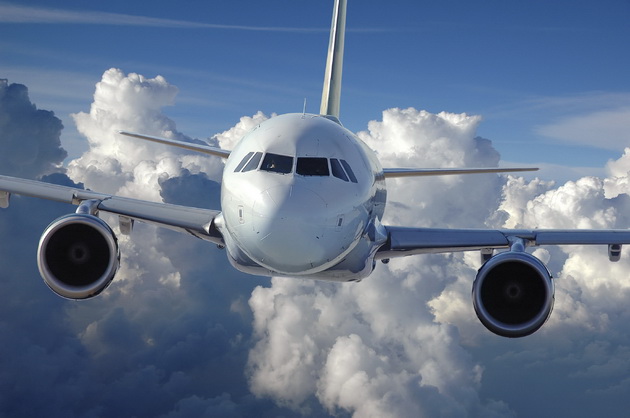 Perhaps that’s why our memories can lead to some bizarre connections.

During one wine appreciation class, a student commented that the wine reminded her of Dallas airport. That made some obscure sense: we were tasting rieslings, and when aged, they do tend to have a petrol smell akin to airplane fuel.

Another student said the chardonnay reminded her of her son’s gerbil cage — the oak-aged wine evoking the pine shavings in the cage.

Yet another thought the gewürztraminer was like her grandmother’s Christmas ham. That puzzled us at first; but the connection became clear when the teacher asked her to describe how her grandmother prepared the ham — with lots of spices.

The good news is that most of us can recognize a far wider range of aromas and flavors than we think ourselves capable. It takes a little discipline, some concentration – and lots of practice. It also means paying attention to everyday smells – something that’s easy to do: just smell the grapefruit before you put it in the grocery cart or the cinnamon on your toast.

The goal of democratic wine description is to develop a common vocabulary that’s understood widely and can be used over and over again. It shouldn’t be used to create a caste system that sets apart those in the know from those drinking margaritas for fear of looking foolish. But equally, fine wine deserves more than prosaic description – poetry may even be appropriate. Metaphors don’t need to be mundane or scientific to be understood. In fact, if we could reduce wine’s essence to precise words, it probably wouldn’t be so enjoyable.

But enough wine-speak. Time to quit talking and start tasting — perhaps a strong, silent type that isn’t too intellectual.