Our guest was born and raised in Sweden and initially studied Nanotechnology Engineering, but decided to change his career path to food and wine. He has worked at several of the world’s best restaurants in Stockholm, Copenhagen, Britain and New York City.

In 2016, he won the World’s Best Sommelier competition, competing with 60 other top sommeliers. This grueling competition held only every three years and tests theoretical knowledge, blind tastings of various beverages and practical service in front of a live audience.

And he joins me live now from his restaurant Legacy Records in Manhattan: Welcome to the Sunday Sipper Club Arvid Rosengren!

Click on the arrow above to hear Jamie’s story.

Watch previous episodes of the Sunday Sipper Club (SSC) and to find out who’s coming up next.What kind of training and wine tasting does it take to become the World’s Best Sommelier? 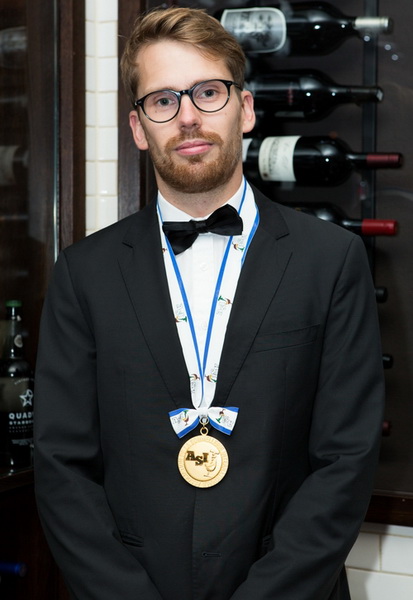 How do you think that having such a different background has helped you as a sommelier? Why specifically – give examples?

Which wine made you really take notice of wine in the first place?

What was the exact moment when you realized that you wanted to become a sommelier? Tell us exactly where you were? What triggered the thought? How did you feel? What was the next step you took to get going on the path to becoming a sommelier?

What’s your favourite failure? Where were you? What happened? How did you feel? What did you do to recover? What did you learn from this experience that made you stronger or better in some regard?

I usually ask what has been the best moment of your wine career: but that’s kinda obvious. Tell us about the World’s Best Sommelier competition: What were the most difficult parts, and why specifically… give examples please? 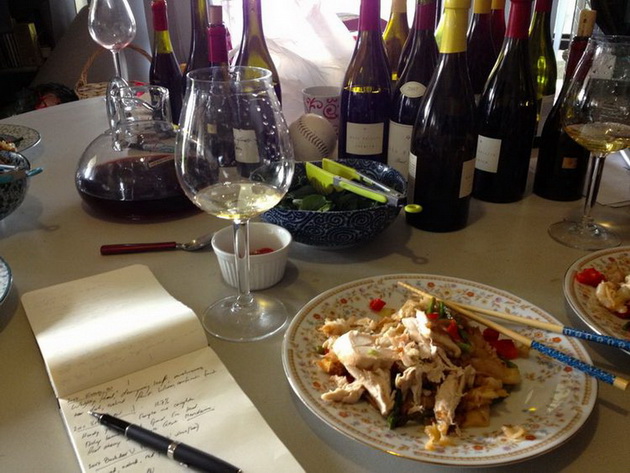 Born and raised in the south of Sweden, Arvid initially studied Nanotechnology Engineering but figured out half-way through that working with his true passion – food and wine – would be preferable to wearing a lab coat. He spent two years at the Grythyttan School of Hospitality & Culinary Arts, while doing stints at some of the better restaurants in Scandinavia. After a brief time in Stockholm and a period at the Hotel du Vin in the UK, Arvid settled in Copenhagen, Denmark, where he spent the next six years growing from the floor sommelier of a busy restaurant to wine director for an ambitious group of almost a dozen establishments.

Nearing thirty, Arvid had become a bit restless, and again needed to get away from spreadsheets and back on the floor, with the guests and the bottles. The possibility to go to New York and work came rather unexpectedly, but the allure was strong and Arvid settled at Charlie Bird on the western edge of SoHo, where he currently directs the wine program.

Arvid is one of the most merited sommeliers in the world, holding a range of competition wins and titles, the crowning achievement being the 2016 A.S.I. Best Sommelier in the World, a competition held every three years for candidates representing sixty countries. It tests theoretical knowledge, blind tastings of various beverages and practical service skills. 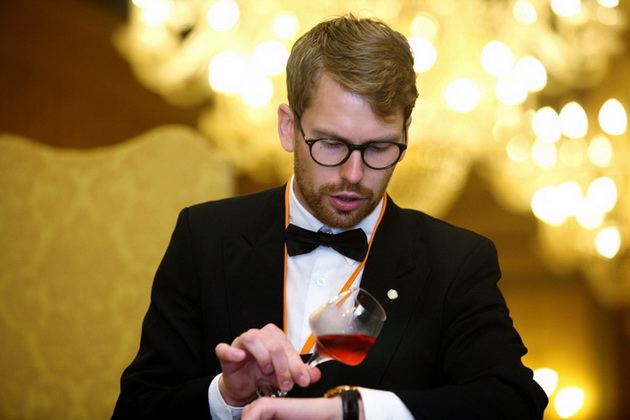 What was most nerve-wracking?

Describe how they announce the winner? what size audience? where are you? what ran through your mind when they announced your name?

How much studying did you do in preparation for the competition?

How did you study? What were your techniques?

How did you train for the spirits part of the competition? 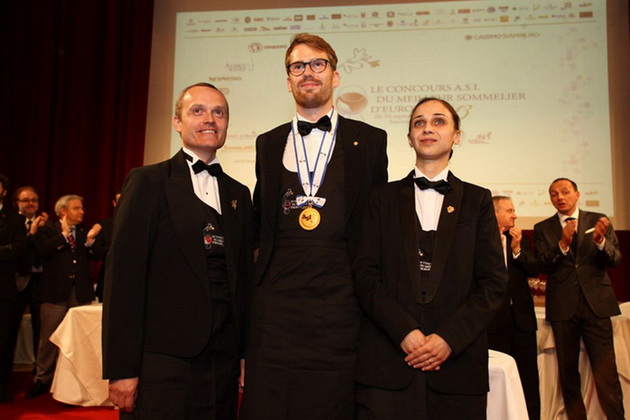 You competed in 2013 in Japan but didn’t win: why do you think that was?

You hired an acting coach: give us some specific examples of exercises that she would get you to do?

What do you envision to help you relax?

What others ways do you deal with stress?

Since winning, do people treat you differently? How so exactly? 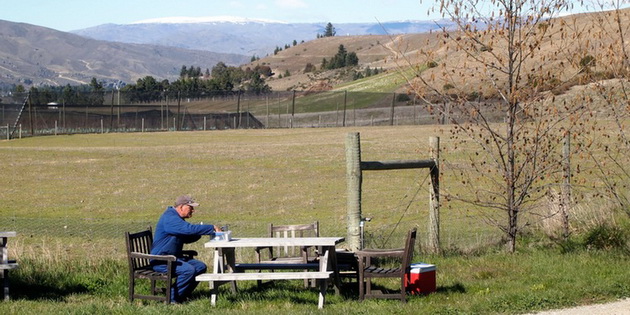 How exactly has winning the competition paid off for you?

How many wines do you taste each day or night?

What’s the most difficult food and wine pairing you’ve had to create? Why was it so difficult? How exactly did it work in the end?

What’s your pet peeve when it comes to annoying diners?

What’s the most important thing you’ve learned as a sommelier? 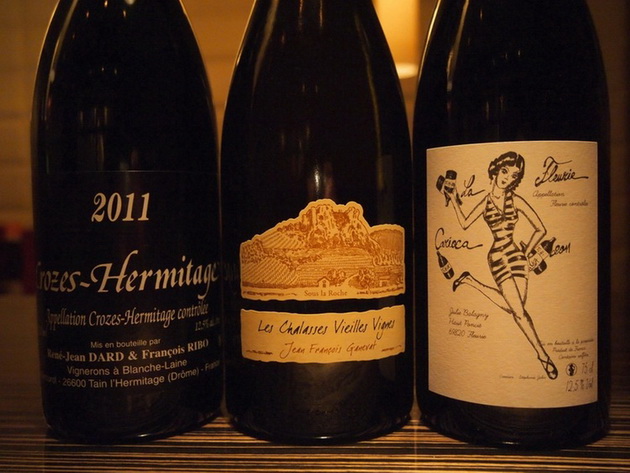 How has the role of the sommelier changed?

What’s the best question to ask a sommelier when you’re trying to pick a wine in a restaurant?

Who is the most famous person you’ve ever served as a sommelier in a restaurant?

Which wine did he or she select?

You wrote on your blog that you were originally drawn to natural wines years ago but have changed your view of them. Tell us why, but first give us a quick definition of natural wines, in your opinion. 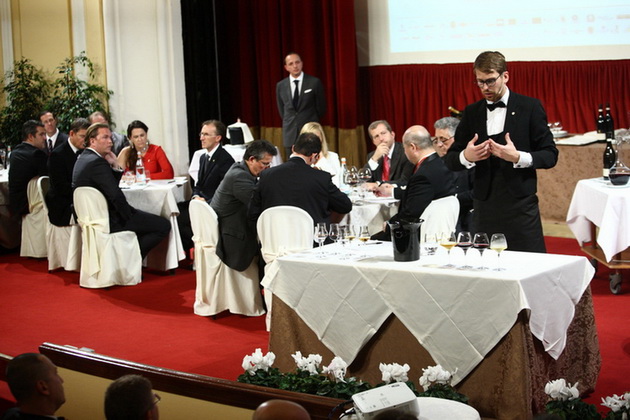 You caused quite a stir with your blog post on natural wines several years ago. Why was that?

Why is sulfur essential to wine?

Do you think the term natural wine is a fad and will fade away? Why?

Share some of your tips for “natural wine” sommeliers please.

Share some of your tips for those who think that great wines can only be made in Europe. 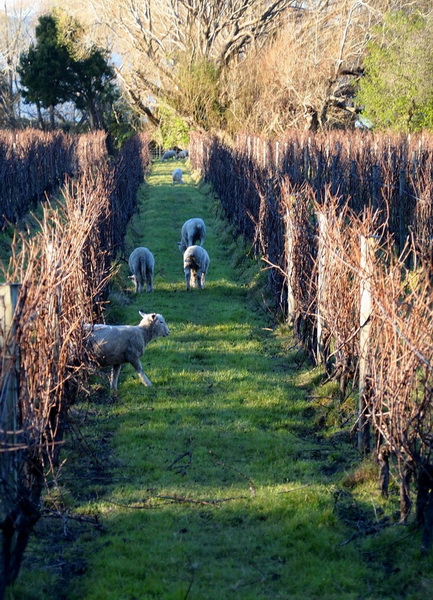 What makes the right kind of background to be a good sommelier?

Share some of your tips for journalists when it comes to natural wine.

If you could only drink one white wine and one red wine for the rest of your life, which ones would those be and why?

What are the up-and-coming wine regions in the world? Wine styles? 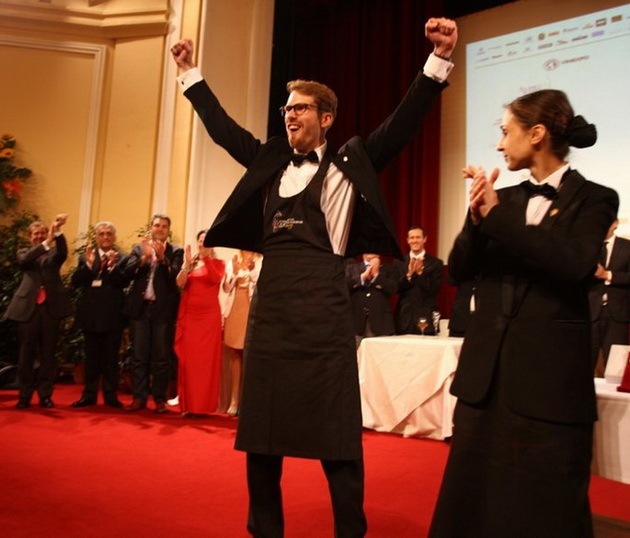 How to do you define finesse in wine? Minerality? Sleekness?

What’s the most memorable thing someone has ever said to you in a restaurant?

What’s the best wine you’ve ever tasted and why?

What special bottles are in your own cellar at home?

What’s the biggest misconception that people have of sommeliers? 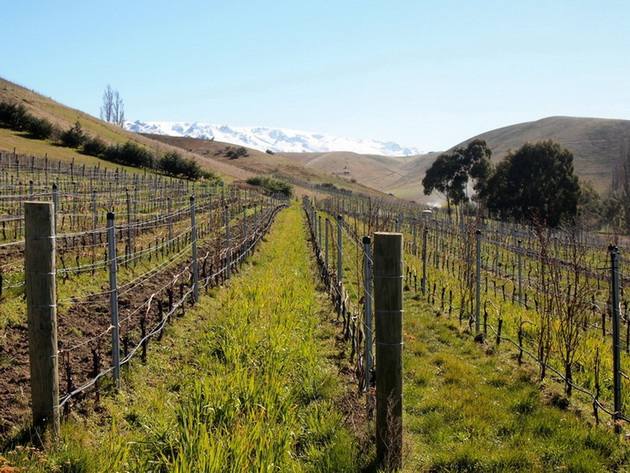 What do you want to do in the future career-wise? Personally?

What advice would you give to your 30-year-old self?

What’s the best piece of wine advice you’ve ever received?

What’s the most useful wine gadget you’ve come across? How did you discover it? 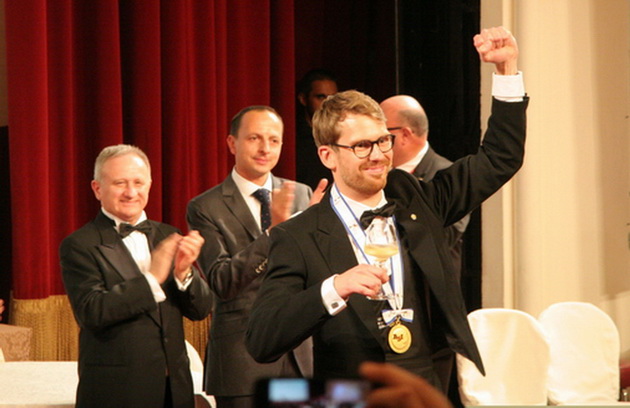 Elaine Bruce · 38:18 I love going to a restaurant where I can order a flight – somm’s choice (hi from Calgary) I like variety

Patti Wright Hollander · 39:28 I love the education you can gain from a Sommelier.

Patti Wright Hollander · 58:49 This evening has been one of my favorites!

Lori Sweet · 47:02 What would you pair with the Honey Lacquered Duck on the menu?

Beverly Asleson · 19:37 I can understand the stress you must have felt

Stephen Andrews · 8:06 Arvid must be great at food and wine matching!

Cherian Sonkar · 25:52 Some Movie is completely changed my life and following Arvid, since he became the best Sommelier I really learned a lot and what else you want we all need to follow someone if we want to do something big in the life

Cherian Sonkar · 10:02 I am also the sommelier, I just want to ask what’s your best pairing