Twitter has launched a new analytics program that provides amazing insights, like the number of impressions your tweets get per day/week/month.

This is more relevant than ever since Twitter and Google signed an agreement August 21, 2015, to turn on the “fire hose”: Twitter has opened its data feed to Google as a major source of social ranking data and authority.

So we’ll start to see not just tweets in Google results, but also web site posts that have been shared widely on Twitter.

I recently joined the analytics program, and the stats are very helpful in knowing the people you’re reaching, especially if you use your Twitter account for one particular topic as I do.

The varied interests of the followers below, including those who love food, travel and dining out, indicate a much broader audience than simply die-hard wine connoisseurs who represent .00001% of the population.

I’ve updated these stats today from my original post: 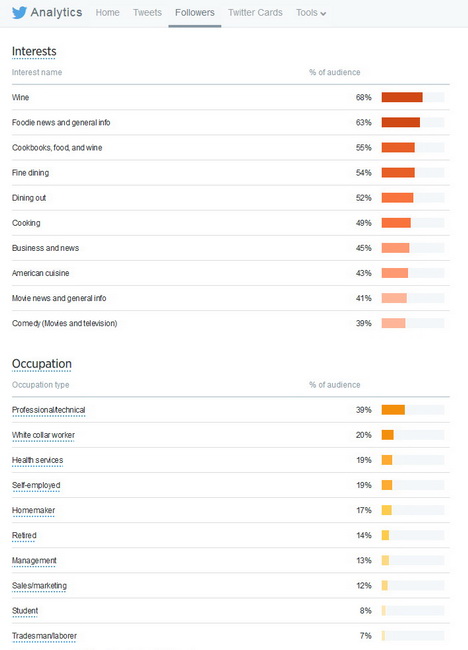 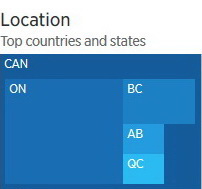 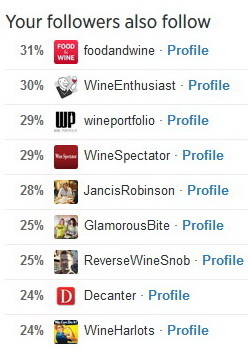 I’ve written before about the power of Twitter when it comes to wine discovery. 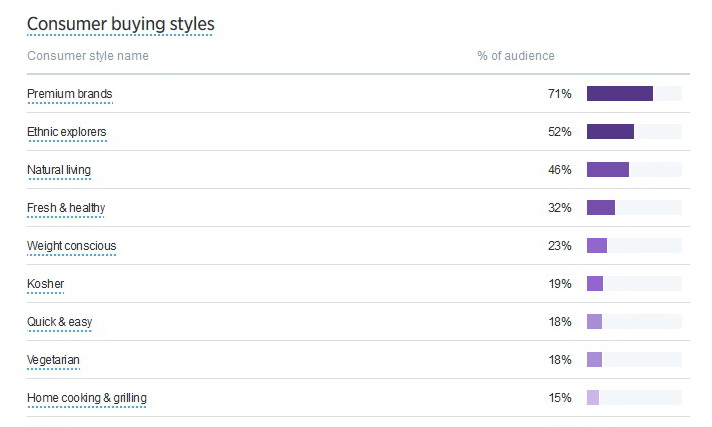 Engagement is what makes social media so powerful for wine, as followers re-tweet, like and share your posts. The Twitter dashboard gives you insight into that as well.

Personally, I find that Twitter, more than Facebook, is a place where the community is sharing wine recommendations as well as recipes and food pairings …

… perhaps because of the news stream nature of Twitter lends itself to that whereas Facebook seems to be more about vacation pictures ;)

Please join me on Twitter and let me know which wines you’re enjoying lately!