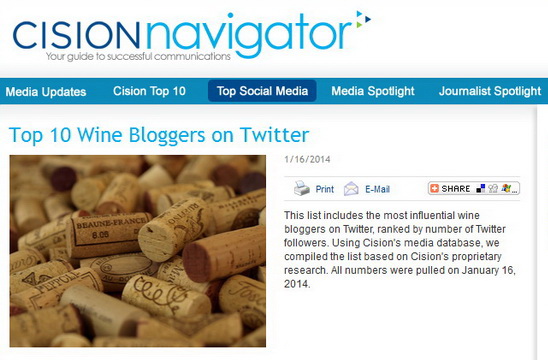 A Twitter storm erupted today, so I clicked through to to see what the fuss was about … how we love top 10 lists, no matter how encouraging or provocative.

Cision, a global firm that tracks and reports on the top social media sites and conducts media research on key influencers, published its list of the Top 10 Most Influential Wine Bloggers on Twitter today:

In addition to blogging, most of these folks also write regular magazine columns on wine, such as Ray Isle, the Senior Wine Editor for Food & Wine Magazine in New York. (Love his work!)

I’m happy to be on the list, but wondered if I’m doing double duty in filling two quotas as a woman and a Canadian. No matter ;)

These days most of my tweets and re-tweets (forwarding other folks’ tweets) are about the young men and women sommeliers who are sharing terrific wine reviews on Twitter. Here’s to the rising tide that lifts all of our glasses! 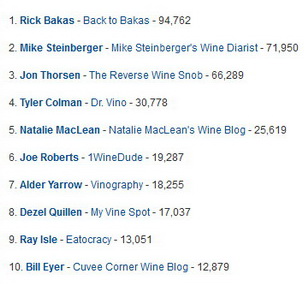 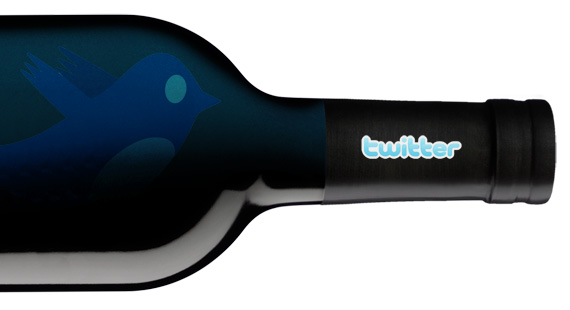