Do you know the differences, and the secret stories behind these grapes?

Would you like to know why you love one style and not another?

Our guest this evening is making a movie that will turn the wine world on its head, and change the way we think about Shiraz and Syrah.

Director and producer Rudolf McClain joins me live from his home in Sonoma County, California.

Want to know when we go live Monday with Heidemarie Fischer Pfaffl?

Beverly Asleson · 21:01 I’m drinking a Pinot Noir and I swear it tastes like Merlot. I wonder if they put the wrong label on it. Is that possible.

Lori Kilmartin · 50:57 Love Cotes du Rhone wines!!! 19th crime has a marketing thing now where if you find a cork you can win something

Lise Charest Gagne · 25:33 has he had any canadian wine! never tried ice wine wow – missing out dude on our still wine too cheers

Alan Cameron · 10:19 Wonderful chemistry between you both tonight, and background of rain and wind storm at one end and firestorm at the other end. Another GREAT show. Keep up the wonderful work. You are the Sheilagh Rogers of wine stuff !

Lynn van der Linde · 3:59 Thinking of you all in Sonoma and Napa – strength going out to you! 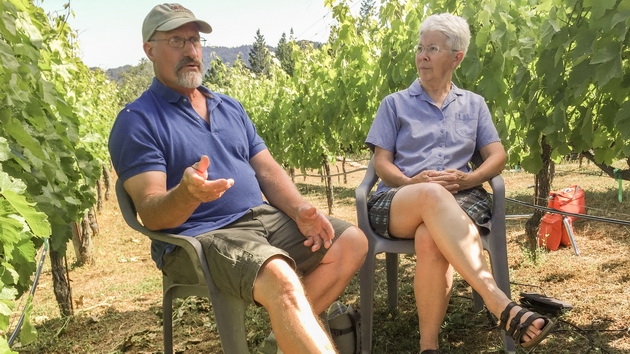 Beverly Asleson · 3:38 Sorry about the smoke, praying its better for you Rudolf.

Lori Kilmartin · 54:58 They’re great Lise! Much different from US wines!!

Lori Kilmartin · 45:31 Rudolph should do another interview with Greg on this movie when he is done!

Lori Kilmartin · 44:25 What movie did Rudolph make after Merlove

Lori Kilmartin · 42:16 I am drinking a PEC Merlot from Wapous because I didn’t have a Syrah/Shiraz in my cellar!! 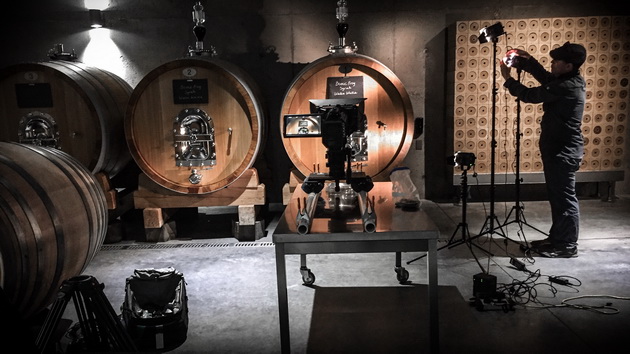 Rudolf in the Cellar

Lori Kilmartin · 26:08 He said in an interview he was going to put some away and try in 10 years

Lise Charest Gagne · 34:26 Rudolph is a Ham with all his humor and sayings

Lise Charest Gagne · 29:57 not for me – too big unless i have a slice of blue cheese 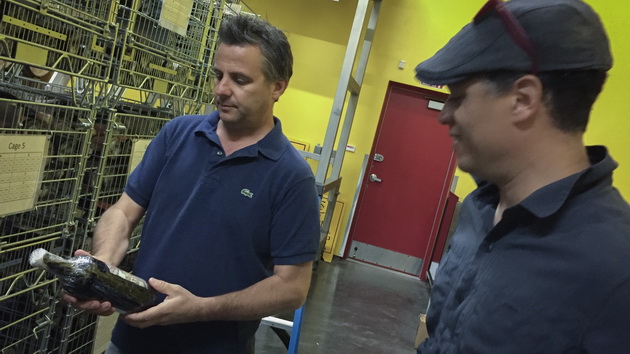 Rudolf in the Cellar 2

Lise Charest Gagne · 15:31 Can you post these movies in this thread later on?

Lise Charest Gagne · 5:24 Could Rudolph adjust his audio just a tad of a delay – and a few hang ups

Lise Charest Gagne · 4:15 We are so heartbroken about these fires – sending well wishes 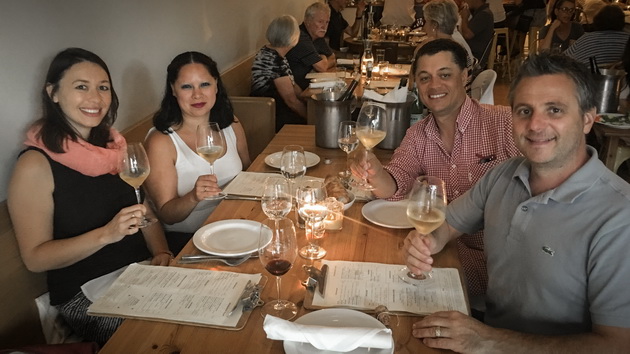 Stephen Andrews · 23:41 We could use a movie about Niagara wines?.

Rick Dalderis · 28:43 Name some of your favorite Syrah’s or Shiraz’s wine’s you have enjoyed?

Stephen Andrews · 29:45 Is there much Syrah in California? 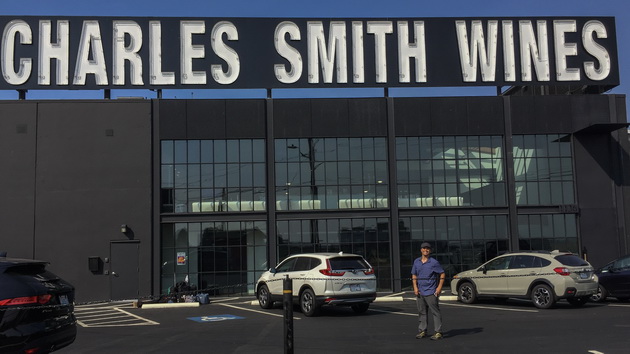 Stephen Andrews · 33:59 I like the metaphor of a journey

Murray Johnston · 37:45 Being around the world what is your favorite wine Rudolf?

Beverly Asleson · 58:32 Love it! thank you Rudolf for sharing 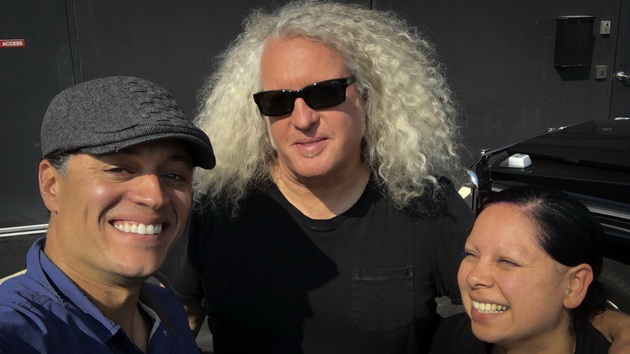 Beverly Asleson · 15:09 I love documentaries too

Lise Charest Gagne · 53:05 i want to try those french wines

Stephen Andrews · 8:59 Can you still get Merlove on Amazon? 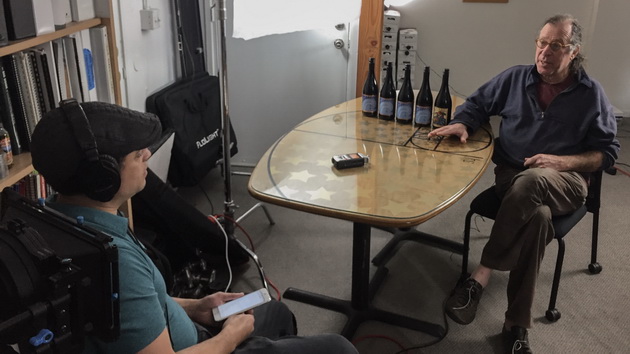 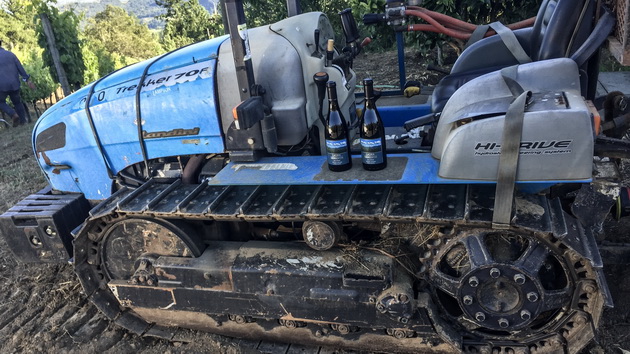 This is a film about Syrah wine or should I say Shiraz? Is Syrah from the Rhone region of France or the city of Shiraz in Iran and what about Australia? Could the Romans have brought the varietal from Syracuse, Sicily to the Rhone Valley? How did this grape make its way to the United States? How do you know what to expect from a wine labeled Syrah vs. Shiraz?

What part does Petite Sirah play in all of this and why does this varietal have multiple spellings (e.g. Petite Sirah, Petit Syrah, Petite Syrah)?

Who will find the truth? We will! Join us as we travel the world to find the true story of “Que Syrah, Shiraz!” 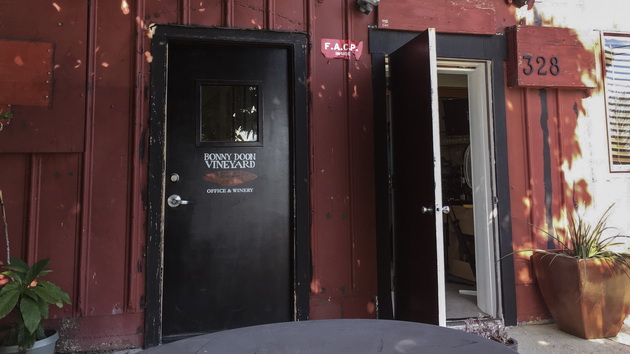 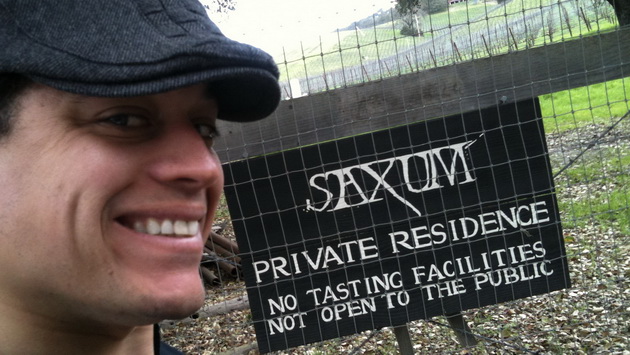 Sonoma, California, August 2017 —- Director/Producer Rudolf McClain, known for his documentary about Merlot, Merlove, has announced his new project, Que Syrah, Shiraz, and a crowd-funding campaign launching on August 28, 2017. The fundraising campaign’s goal is $350,000: this will underwrite filming in France and Australia, and support the post production process. The goal is to make the documentary film-festival ready by the end of 2017. “We welcome all lovers of great wines to lend us a hand so that we can bring this entertaining and compelling story to light,” McClain explains.
Donors are invited to the Indiegogo page. McClain explains some of the “perks” for contributing to the crowdfunding campaign: Signed Merlove DVDs, Full-Sized Movie Posters (24×36), (Limited Run) Signed Canvas Full-Sized Posters (26×38), The Girl and The Fig “Fig-Rig” Food Truck Outdoor Screenings for 100 of your closest friends, or see your name on the big screen as a Producer of the film! 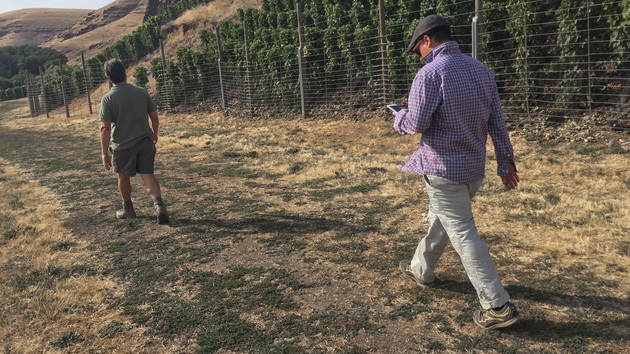 Rudolf in the Vineyard

“The goal of Que Syrah, Shiraz is to explore the origin of the Syrah/Shiraz varietal and discover its expression in the world of wine today,” McClain explains. “We will tell the tale of its origins and the lives it has touched. This is an amazing story that includes civilizations around the world, DNA testing and the Wild West,” he adds. More than 20,000 acres of Syrah are planted in California, nearly 3,000 acres are planted in Washington State and hundreds of thousands of acres are planted in France and Australia. “This movie will turn the wine world on its head. Wine lovers will discover a new reality… a world in which, as Randall Grahm puts it, ‘Syrah tastes WAY BETTER than Cab’ (Cabernet).” 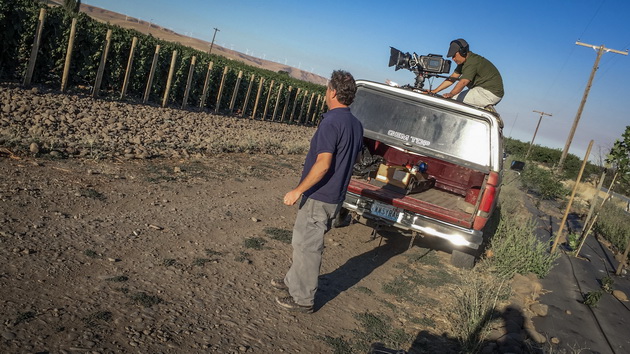 McClain continues: “This is a film about Syrah wine or should I say Shiraz? Is Syrah from the Rhone region of France or the city of Shiraz in Iran and what about Australia? Could the Romans have brought the varietal from Syracuse, Sicily, to the Rhone Valley? How did this grape make its way to the United States? How do you know what to expect from a wine labeled Syrah vs. Shiraz? What about Petite Sirah? Who will find the truth? We will! Join us as we travel the world to find the true story of Que Syrah, Shiraz! 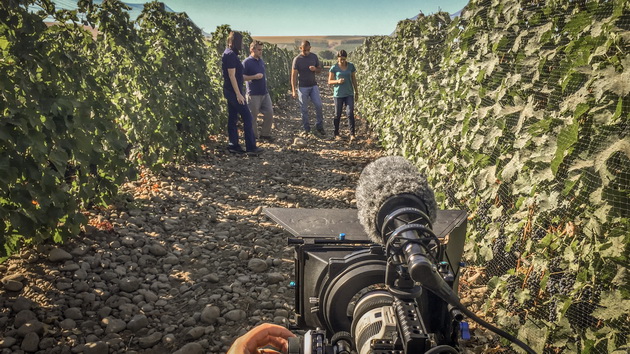 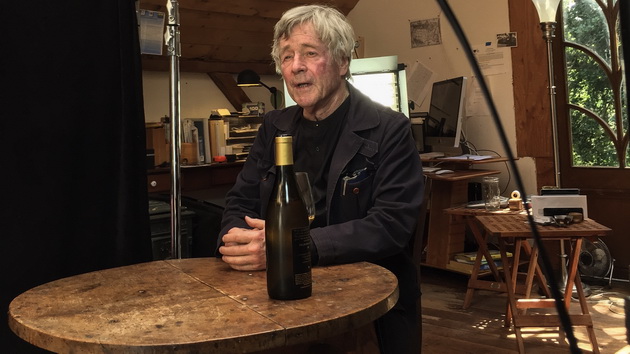 Rudolf McClain produced and directed Merlove, a feature length documentary released in 2008. The film celebrated Merlot in response to the film Sideways. Merlove was selected for four film festivals and enjoyed a week-long theatrical release in Washington State, 25 screenings in theaters around the country and is now available on Amazon.com. Merlove has reached hundreds of thousands of wine lovers around the world. Since the production of Merlove, Rudolf has produced and directed many short films, commercials and documentaries, including the last scene of the upcoming film, Judgment of Paris. 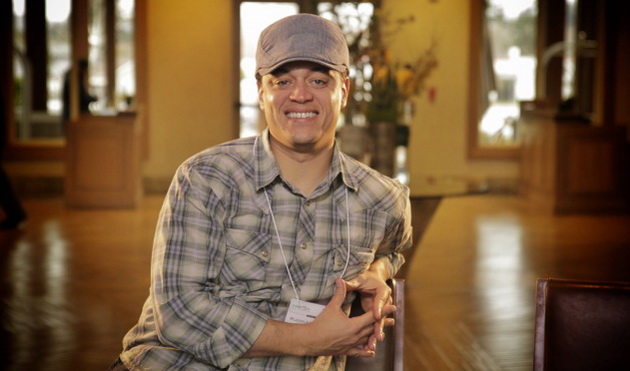 McClain grew up in the Napa Valley where his family has roots running over 100 years deep. His mother Beth Lincoln was raised in Oakville (The Lincoln Ranch) McClain’s Grandfather, Bill Lincoln, formed “Lincoln Farm Equipment” which served the local wine industry for over 20 years.

Since the completion of Merlove, Rudolf has produced and directed over 50 films for clients in the Napa Valley.

He has demonstrated the ability to create and deliver content in all genres including commercials, fully scripted narratives and documentaries.