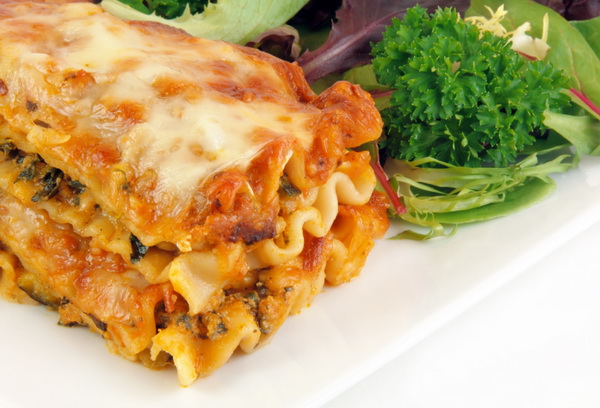 This recipe is a great dish to feed a crowd. It can be prepared completely in advance and easily doubled without any extra effort. It’s also an easy wine-pairing dish. It is great to use some of the fall vegetable bounty.

While the oven is heating, slice zucchini and eggplant lengthwise and salt both sides. Lay on paper towels or clean dish towel to absorb released liquids.

Slice peppers in half and de-stem and seed. Lay peppers cut-side down on a parchment-lined baking sheet.

Broil until skins start to blacken and bubble. Put peppers in a bowl and cover with plastic wrap to steam and cool until ready to handle.

Remove skins, they should slip off easily.

Lay eggplant and zucchini in single layer on baking sheet and broil in batches until just starting to brown, 5 minutes or so. Flip and broil on other side another 5 minutes. Turn over down to 375° F.

In a bowl, mix ricotta, 1 cup of mozzarella, 3/4 cup parmesan, eggs, garlic and parsley. Add salt and pepper to taste.

Cover with a layer of aluminum foil, trying to leave at least 1” space between foil and cheese so that cheese does not stick.

Bake in oven for 45 minutes to an hour. Remove foil and bake until cheese is starting to brown, about 15 minutes or so. 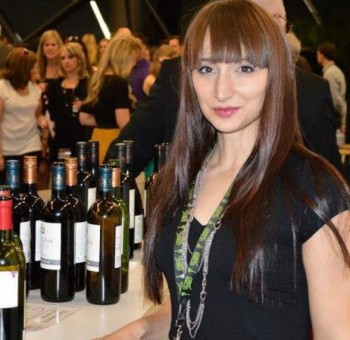 The best pairing for this dish would be a light and tangy red, such as a Chianti or a Gamay Noir.

This dish is not too fussy for wine pairing, and could also pair fine with any dry white wine or light red wine.

Courtney Flood is a wine and beer connoisseur, home cook, fitness lover, and number cruncher. She spends her days as an accountant, but also does wine and beer marketing in her spare time.

Courtney likes to unwind each night by making a healthy, home-cooked meal.