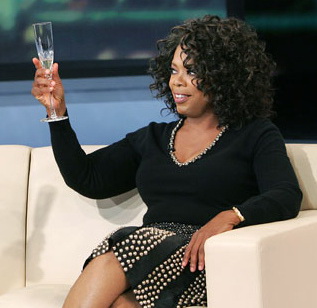 When I went to listen to Oprah Winfrey talk last night, I expected to hear cliches about believing in yourself and taking a positive attitude. However, her insights were incredibly more practical, grounded, and ultimately, inspirational.

She used the rise and fall and rise again of her own network to make her advice concrete: “I live a big life,” she observed. “My mistakes show up on the evening news. But that can force you to dig deeper, move in a new direction and do the next right thing.”

She also talked about Sheryl Sandberg, the former COO of Facebook whose book, Lean In, I’m reading next. Sheryl has kick-started a lot of controversy for her opinions, but Oprah says that she’s creating a ripple effect for women at all levels of power and influence to lean in more.