National Post drinks columnist Adam McDowell penned an excellent, thought-provoking editorial in the weekend edition of the paper on wine critics and competitions entitled “Are wine critics fooling us into buying pricier bottles?”

He opens with the classic Roald Dahl short story Taste, in which a stockbroker makes a bet with his wine snob dining companion, to correctly identify a wine in a blind taste test. (Dahl is also the author of the bestselling children’s novels Charlie and the Chocolate Factory and James and the Giant Peach: clearly a man who loves food and drink, but mercifully doesn’t take it, or himself, too seriously.)

The upshot is that the wine snob guesses correctly, but only because he cheats. It’s a great entree into the latest studies that show that wine experts

misidentify wines in blind tastings, even when given the same wine repeatedly, and cannot distinguish between cheaper wines and expensive ones.

He also refers to studies showing that wine competitions judged by experts can have a point range that’s wildly inconsistent with plus or minus 4 points for the same wine when tasted on different days. That’s huge in the wine world where a wine that scores 90 points one day, could be scored 94 or 86 the next day.

Adam included my 2 cents on this in his piece:

Natalie MacLean, whose books and wine review website have made her one of Canada’s best-known wine writers, imagines she could be tricked if someone served her a wine out of context. “I don’t set myself up as infallible,” she says.

The wine critics’ final defence is that wine criticism is not meant to be infallibly objective. Ms. MacLean argues that wine reviewing, like art criticism, is largely a matter of taste and opinion. As such, it still serves as useful advice for consumers navigating the huge and confusing world of wine.

“As wine critics I think our primary goal is to be of service to wine drinkers, to be their guide; their sort of virtual wine friend standing beside them at the store,” Ms. MacLean says.

Drinkers seek that advice, she argues, because they tend to regard wine as something more serious than other drinks. “We have a passion for wine and whether we express it in a number or a word or sighs of pleasure, it all points to something vital in the glass. We don’t have orange juice critics.”

I’d add further that claims to be objective when it comes to reviewing wines are misguided. Every wine you taste is influenced by what you have or have not tasted previously, and a host of other factors. We’re human.

I’ve come to realize with my own tasting process that the only defense is to admit your vulnerability. 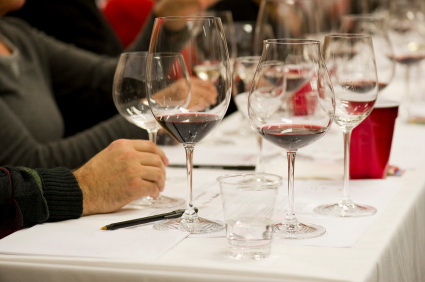 What we can offer, as wine critics, is not to be objective, but to be independent, giving our own subjective opinion based on our perception and skill.

Consistency has its merits, but when it’s established as a goal in and of itself, it’s easily knocked over by individual taste, circumstance and the precious variation of human experience.

In June, we celebrated that spectrum of human experience from coast to coast with the first people’s choice wine awards, The Great Canadian Wine Match. It was our differences in taste and opinion that brought together at the same table to talk about (and enjoy) the wines we love. 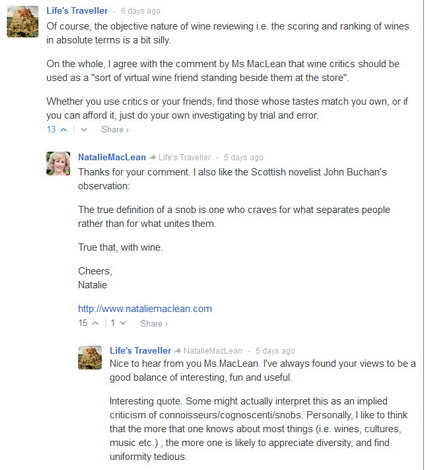 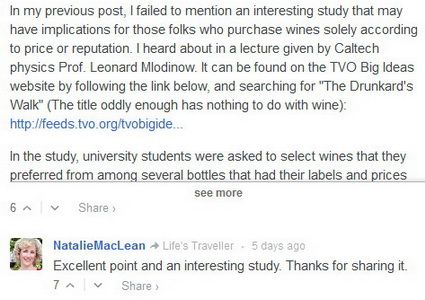 I had to laugh at this comment below … Bev Oda, as you may recall, is the former cabinet minister who charged taxpayers $16 for a glass of orange juice in one of her expense claims …