We’re back with more Canadian books and bottles to help you celebrate your long weekend.

You can watch our previous segment with BC and Ontario books and wines here.

Natalie, you’re starting with Quebec. What do you recommend?

I have a zesty sparkling wine from Domaine Pelchat in Quebec’s Eastern Townships, with aromas of freshly baked bread and green apples.

It would pair well with shellfish, spicy dishes and La Belle Bête (Mad Shadows), written by Marie-Claire Blais when she was just twenty years old. 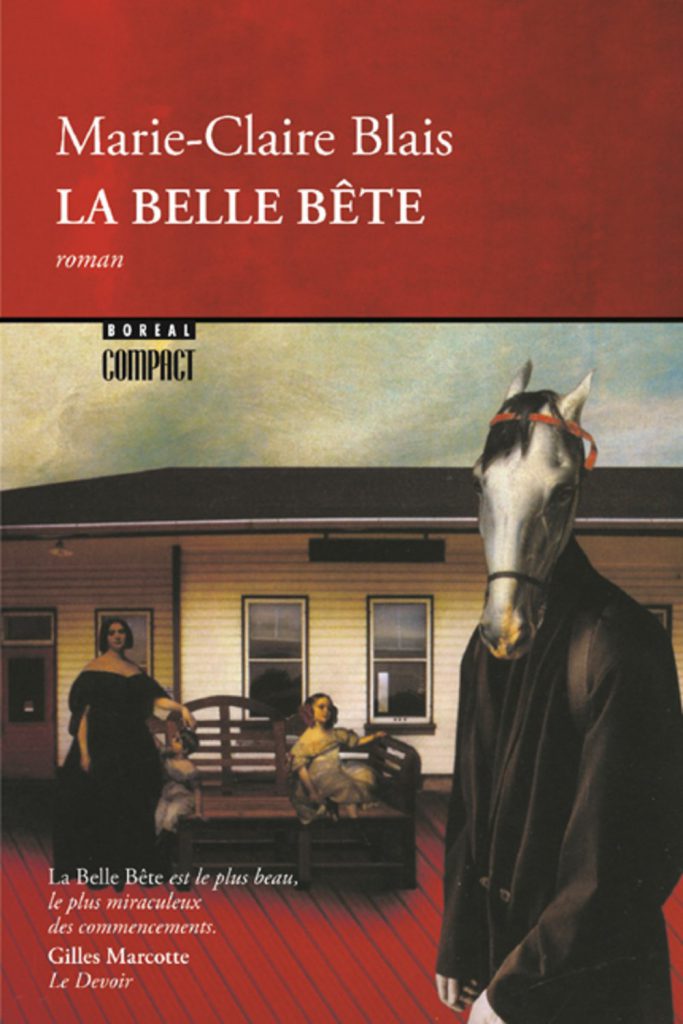 It was a sparkling debut. Published in 1959, it’s become a classic of Québec literature, telling the story of a family with a vain mother who doesn’t understand her handsome, narcissistic son, or her ugly, malicious daughter.

Blais was honoured with France’s prestigious Prix Medicis as well as other awards for her writing.

What else do you have for us from Quebec?

I also have a sparkling Rosé from Domaine de Lavoie, also based in the eastern townships. It has lively notes of field berries and melon.

It would pair well with grilled veggies, seafood and Belling the Cat, a collection of essays by Mordecai Richler, who was more famous for his novels such as Barney’s Version and the Jacob Two-Two series.

But I loved his essays, described by one reviewer as mercilessly observant, funny, caustic and irreverent. Definitely not wearing Rosé-coloured glasses. 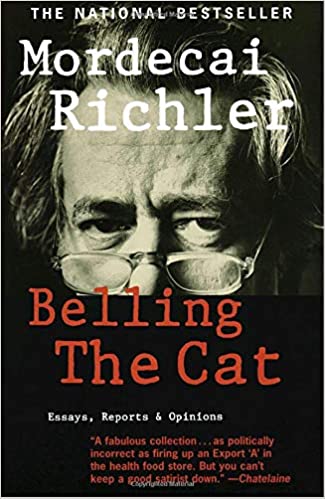 He writes about various Canadian greats like Wayne Gretzky and Gordie Howe as well his life in London in the 50s and in the Eastern Townships. 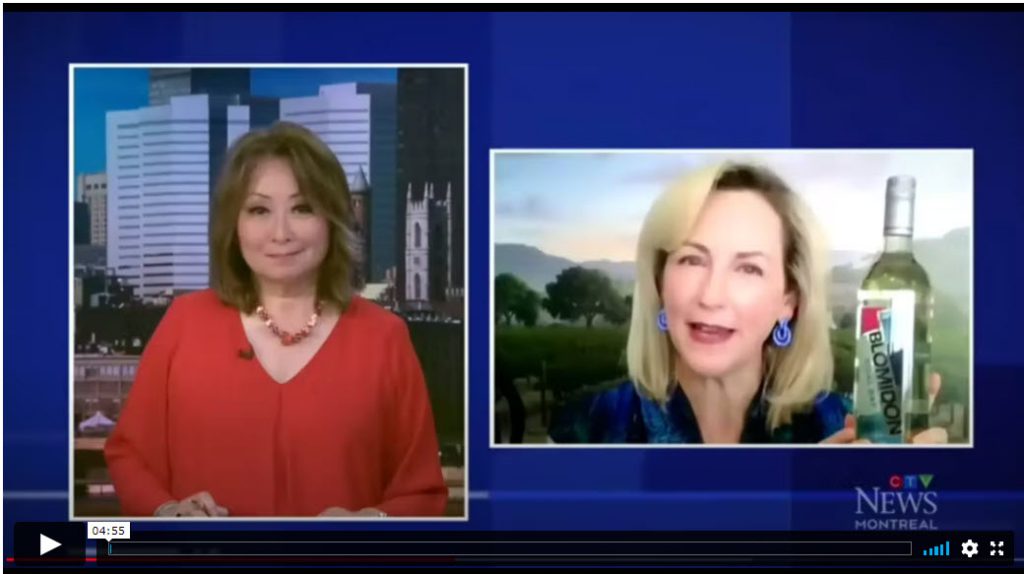 Yes, we’ll start with Blomidon Winery, nestled in the heart of the Annapolis Valley, which is a long, narrow valley between two mountain ranges, along the shores of the Bay of Fundy. The world’s highest tides create an ideal growing environment for cool-climate wines.

Bomidon’s Tidal Bay is an aromatic blend of Nova Scotia grapes, with aromas of lime blossom, green apple and melon. It has a light spritz that’s as refreshing as ocean spray. It would pair well with Atlantic salmon or The Memento by Christy Ann Conlin, set on the rugged coast of the Bay of Fundy. 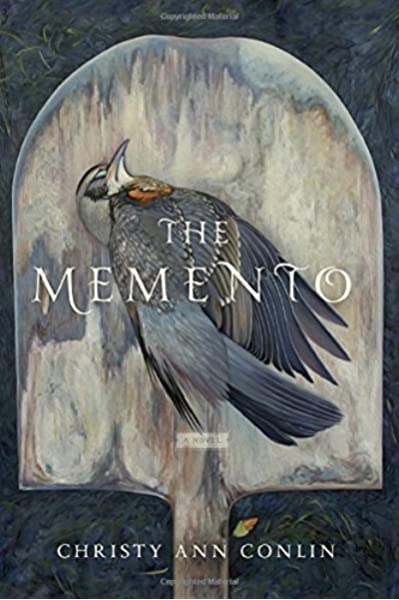 It’s a nail-biting ghost story with some grave humour, just the kind I love. The lead character has inherited her grandfather’s power to see and commune with the dead, and now she needs to figure out how to appease her angry ghosts who haunt a crumbling mansion.

You have one more winery from Nova Scotia to tell us about.

Yes it’s the Domaine de Grand Pré Champlain Brut Sparkling, a crisp, refreshing blend of a blend of L’Acadie Blanc and Seyval Blanc grapes grown on the slopes above Grand Pré meadows in the Annapolis Valley.

It would pair well with crab, scallops or Fall on Your Knees by Nova Scotia novelist Ann-Marie MacDonald. The story chronicles four generations of the Piper Family who live on Cape Breton island, where both of my parents are from. 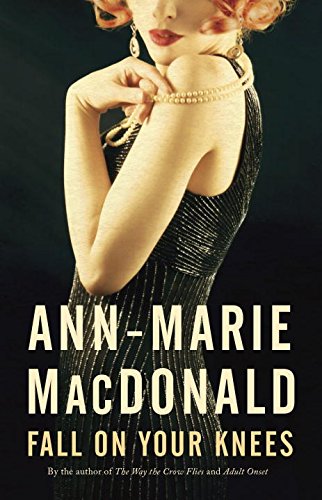 Oprah described it as “A wild ride — I couldn’t turn the pages fast enough” when she selected it for her Book Club. It won the Commonwealth Writers Prize and was a national bestseller in Canada for two years, translated into 17 languages.

Would you pair that wine with your first book, Natalie?

Sure, it would pair well with Red, White and Drunk All Over: A Wine-Soaked Journey from Grape to Glass, which is a bit like falling down on your knees. 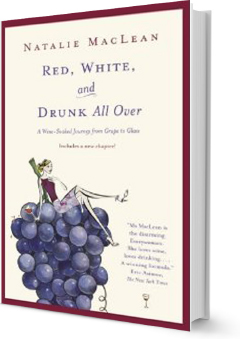 This book has day-in-the-life stories about becoming a sommelier for night at a five diamond restaurant in Gatineau, working the harvest in California and trying to sell wine at a busy New York liquor store so that readers can learn how to taste, pair and buy wine without falling asleep.

You can see more book and bottle pairings here.