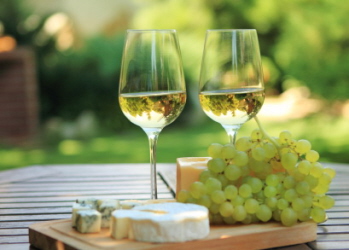 Join us for a all-Canadian wine and cheesing tasting on Twitter Thursday July 19 at 8 pm. This tweet-up tasting will bring together some enthusiastic and knowledgeable wine reviewers below who will share the tips and favourite pairings that evening. Here are two more articles on pairing wine and cheese from the Ottawa Citizen and The Ledger.

We want to hear from you too. Here’s a sneak peak at the wines and cheeses we’ll be tasting if you’d like to indulge yourself. See you (and tweet with you) soon!

PS The hashtag for our conversion is #CdnCheese. 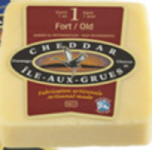 Founded in 1977 by 14 dairy farmers, only 5 remain and are part of the cooperative that provides the milk for the Fromagerie de l’Île-aux-Grues cheddars. Using thermalized milk this one year old is firm in texture and is developing a characteristic nutty taste associated with cheddar. 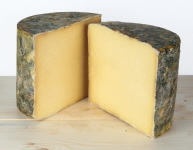 Originally Cheddar was made in wheel shapes wrapped in cheesecloth.  Armand Bernard is reviving this tradition, following the style of great English farmstead Cheddars.   Made from raw Holstein cow milk which is then thermalized, and aged for a minimum of 14 months in carefully monitored temperature and humidity conditions.  The aroma and flavour is uniquely PEI, reminiscent fresh unwashed potatoes, grassy yet both sweet and tangy on the finish. Winner, Aged Cheddar (1-3 years) category, 2011 Canadian Cheese Grand Prix. 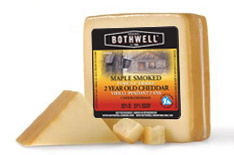 Their matured cheddars are gently bathed in the cool smoke from smoldering pure maple wood. The result is a full, smoky flavour that complements the complex, nutty taste of this aged cheese. Add it to an omelet for a smoky breakfast alternative. 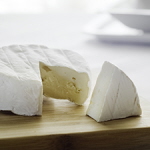 This is a rich, full-flavored cheese with the character and complexity of French farmstead Brie. Albert the cheese maker brings classic French flavors to Ontario in the form of this bold little cheese. It’s a cheese with as much character as its maker. Cheesemaker story video. 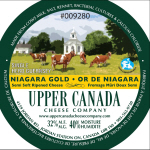 Handcrafted from the milk of a single herd of Guernsey cows pastured in Niagara, then hand washed and turned regularly during ripening to create the aromatic golden washed rind and complex sweet, grassy to fruity flavours that become more pronounced with age. Cheesemaker story video.

Simon-Pierre Bolduc has created another masterpiece, named after the family’s great grandfather. This firm, washed rind cheese is made from the raw organic milk of the family’s purebred Holsteins.  Carefully aged for 6 to 8 months on wood boards. The yellowish-orange rind produces a pleasant woodsy aroma with a nutty and floral taste profile. Cheesemaker story video.

Bethany Harpur is an Ottawa-based freelance writer, sommelier and artist. Her love affair with wine began in 2001 at the Ottawa Wine and Food Show, where she discovered Canadian wines that actually tasted great. Since then, she has become a vocal advocate for wines made (not just “cellared”!) in Canada, particularly from the regions of Prince Edward County and Niagara. A graduate of the Algonquin College Sommelier program (2009) and Carleton University’s School of Journalism (1999), Bethany shares her passion for wine with others in the winosphere through her blog, Second Ferment. 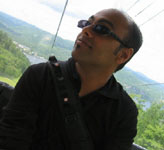 Jason Solanki’s love for wine began in 2001 when a colourful magazine caught his eye. It was the Vintages Magazine published by the LCBO. He took a couple of recent copies and read through them, page by page, wine by wine and proceeded to make a “wish list” of wines that he would like to try. Over time, his passion for wine grew. Now, he is highly regarded by friends and colleagues as a resource for when they need a wine for that special occasion – anniversary, birthday, wedding, gatherings at home, or when they want to impress their special friend or the In-Laws.

In March of 2010; Corinna Horton sold her life; my business, my home, my car (& my television) and began a new adventure.  eating her way as a culinary tourist from Nova Scotia to New York City through Mexico, Belize, Cuba and Honduras then back to Canada for a taste of the Okanagan and the prairies.  That tour wrapped up in Ottawa at Le Cordon Bleu with a new (white) hat.  She learned to cook with greater expertise and higher standard of excellence.  Basic Cuisine – a certificate with her name on it – proudly hangs on her wall. 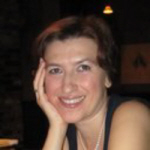 I always was a foodie. Loved to cook, to discover new taste a new cuisines. Then I went to International Sommelier Guild classes. I was hooked. I fell in love with taste, history, geography! Countries are opening up for me with a new face. I always loved Italy, Italian food. And now I’m in love with Italian wine. I want to invite people to share this adventure. That’s why I organized a club in meetup, and organizing a tour with my sommelier friend in Italy, in Piedmont region. To discover the taste of Piedmont. I love my journey and I thank wine for that.

I started drinking wine sometime before the year 2000 (my early 20’s) and just like most people of that age, I began with the 1.5 L household bargain wines. I quickly became intrigued with the complexity and the range of “tastes” and wanted to know what makes good wine good. Due to my scientific and inquisitive nature, I began learning about oenology and viticulture. I feel that I am ready to set out on a search for bargain wines (under $25) which I can place in my cellar and on the endless joy of ‘developing’ my skills. 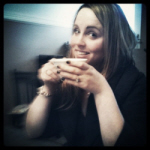 Allie Hughes is a freelance journalist who writes about wine and culinary tourism for a number of publications, regularly professing her love for the Niagara Region in which she lives. Find Allie working with clients of her consulting agency Hughes & Co. to conquer the world of social marketing, soaking up the local culture of her home and enjoying the vinous pleasures of Niagara vines. 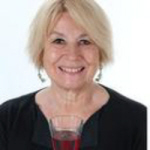 Dawn’s fascination with wine was initiated by her Great-Uncle Horace, who served only red (Burgundy) and white (Bordeaux); however guests were allowed to bring their own wines, with the result that G-U-H acquired the most impressive collection of bottles and it was the labels from those bottles that Dawn fell in love with.  Almost as passionate about food, she has worked as a personal chef, cook for two Day-Care Centres and for the film industry. She hosts Wine From A Broad on blogtalkradio and is very present in Social Media. 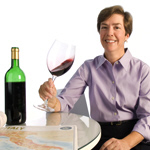 Susan Desjardins has been involved with the marketing and promotion of wines for the last seven years, as an accredited sommelier.  In addition to organizing and hosting both public and private wine and food events, she has participated in the LCBO’s Vintages release tastings for the last two years.  An Algonquin College-trained sommelier and avid amateur ‘foodie’, Susan spends her spare time traveling in Western Europe and the wine regions of Canada meeting winemakers, vineyard owners and other wine industry personalities.  Her background in business, horticulture and wine has created a broad interest in and familiarity with the diverse aspects of the industry.  She seeks value and quality in wine tasting, and looks forward to introducing people to varietals and wines with which they may not yet be familiar. 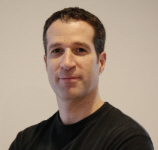 Gaby Israel has been providing wine tasting notes and buying recommendations for several years now. The name WineGPCi (pronounced Wine Gypsy) was given by his friends. GPCi stands for Gaby’s Potential Cellaring Index. While searching for “treasures for the cellar” without going to the bank, the GPCi was initially used to calculate the ratio between the price of the wine and the number of years it can potentially be cellared for; trying to find the wines that had the smallest index/ratio possible. His great passion for wine revolves around old-world wines such as Spain, France and Italy while experimenting the new world exciting regions of Chile, Argentina, Australia, Canada, the United States and others.

My love for wine grew out of my love for food, and when curiosity got the better of me, I enrolled in the sommelier program at Algonquin College in Ottawa.  Half way through the program I was definitely hooked. I graduated with the Sommelier Award of Excellence, at the top of my class, and felt bolstered to go on to study at the Wine & Spirit Education Trust where I’ve recently graduated from the Advanced program with distinction. I can now say I am an official wino. Writing a blog just felt like a natural extension of my desire to pursue all things vinous. I like to write, creatively, as a hobby and studied English Lit in university. Writing about wine seems about as much fun as a girl can have! It is now my goal in life to entice others to love and drink wine as much as I do.