Last night, we were joined by special guest Klaus Reif, Head Winemaker and Owner of Reif Winery, who chatted about making wine in Niagara and his vision for Ontario wines.

What an amazing conversion last night! Klaus’ audio is fixed after 4 minutes, so hang in ;)

Klaus shared some wonderful stories about when he first made #wine at age 10 and (hid the bottles behind some bottles in his father’s winery), and then at age 24 making a new style that upset his uncle and then won an award at a major wine show, and more.

Kalus also makes a very poignant case for celebrating Canada Day in light of his experience of immigrating to Canada 30 years ago, and how welcoming this country has been to him and his family.

P.S. ​Want to know when we go live next Sunday with our ​next ​special guest?

Tune in here for our Facebook Live Video Wine Tasting:

Dave Head · 24:37 Bad wine moment for me yesterday, dropped a bottle of Big Head on my big toe. The wine is fine, but the toe, black and blue, maybe broken

Lise Charest Gagne · 46:19 I drank wayyy to much Ontario wine this weekend hiding from the rain and moskitoes

Lise Charest Gagne · 40:16 Humm a Shiraz appasimento I must try that. 14% for that style is relatively low

Lise Charest Gagne · 15:57 What types of ice wines.. I get excited about this topic

Lise Charest Gagne · 11:29 What area of Niagara is the winery located? Twenty bench?

😎 forward to a visit to the winery. Short drive from Waterloo

Elaine Bruce · 44:09 I wish we had more wines coming across the provincial borders !

Sam Hauck · 11:12 We need to have access to more Ontario wines here in BC.#freemygrapes

James Belardo · 0:00 Sorry I missed this one, I simply love Reif’s style with their whites!

Lise Charest Gagne · 28:12 I you have any bio dynamic systems at the winery?

Stephen Andrews · 8:39 The Riesling is reflecting the orchard fruit of Niagara

Lise Charest Gagne · 6:37 Love your Beaujolais Nouveau any plans to make it this year?

Elaine Bruce · 39:18 I love all those ideas for food pairings

Lise Charest Gagne · 32:52 Pinot noir?? Tell us the story about the heartbreak grape

Lise Charest Gagne · 16:34 It can be floral in my opinion

Stephen Andrews · 27:23 Has the rain been a problem in Niagara ?

Stephen Andrews · 33:52 Sorry what goes with the smoked salmon?

Stephen Andrews · 44:25 I have had the magician very good stuff

Stephen Andrews · 32:39 Liking this Riesling getting the tangerine! Nice Klaus 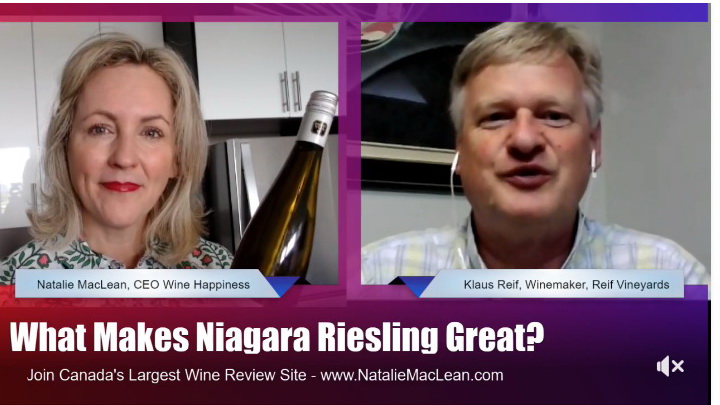 You’ll find all of the wines we taste here, along with tasting notes, scores, food pairings and available stock in your closest liquor store. 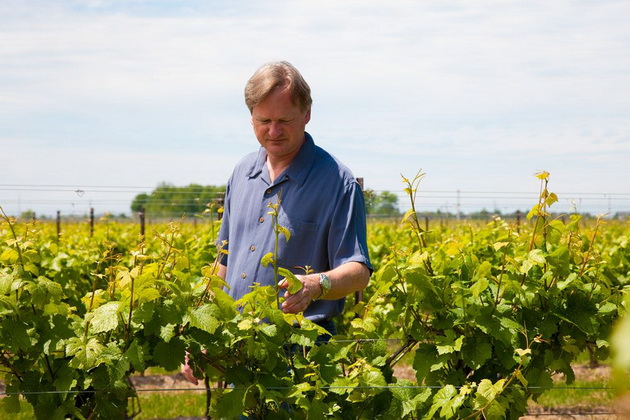 Born into a winemaking family of twelve generations, Klaus Reif may have had his future preordained. Tucked amidst the vineyards in Neustadt, Germany, stands Klaus’ family home, where his childhood was spent learning the trade of winemaking.

In 1978, Klaus traveled to Canada and fell in love with the scenic beauty of Niagara and was captivated by the potential of these fertile lands.

The following year Klaus enrolled in a specialized business school and then in 1984 applied to one of Germany’s most prestigious winemaking schools, the Geisenheim Institute. Two weeks after graduating with degrees in Viticulture and Oenology, Klaus immigrated to Niagara-on-the-Lake.

In 1987, he took the reins of Reif Estate Winery from his Uncle Ewald. By adopting the philosophy that “great wines start in the vineyard”, Klaus focused on creating small batches of exceptional wine; a fundamental element to his continued successes. 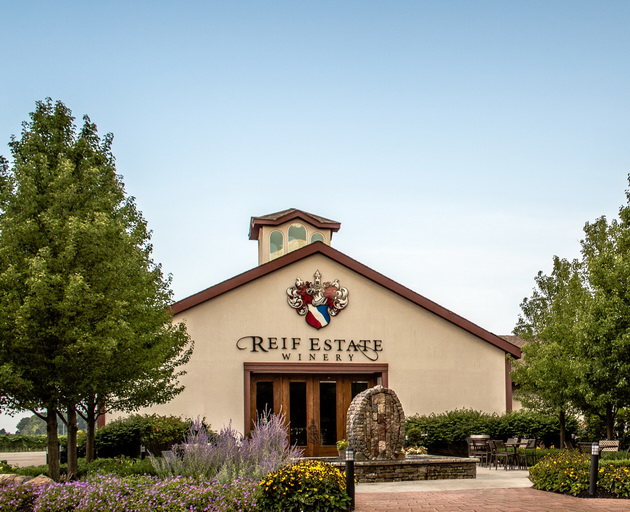 Nestled alongside the Niagara River is a winery that those acquainted with Niagara willrecognize. The Reif family have been making wine on their carefully cultivated Niagara lands since 1977.

Early on, they helped establish Ontario’s reputation for quality wine by garnering the attention of wine authorities, such as Robert Parker. 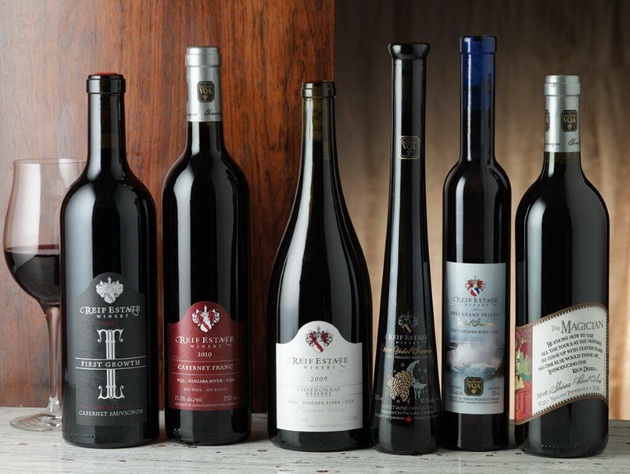 Even if you feel that you are familiar with Reif wines, I encourage you to visit their estate on the Niagara Parkway. There are plenty of attractions for those new to wine, as well as a great hands-on sensory experience for the avid enthusiast. 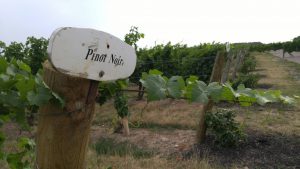 Reif has benefited from the knowledge and experience of Roberto DiDomenico since 1989. This gives Reif a continuity in perspective absent from wineries where winemakers change frequently.

When speaking about Niagara terroir, Roberto agrees that Cabernet Franc, and the aromatic varietals, and Pinot Noir do well.

However, he and his team enjoy making Cabernet Sauvignon. Cab Sauv sometimes has difficulty across Niagara with ripening under typical season length.

He sees the pocket of land that Reif occupies as unique due to its soft, reddish soil and moderate temperature created by the nearby Niagara River.

His wine makes a compelling argument.

His Cabs offer plenty ripe red and black fruit. There’s a signature dried cherry and cranberry note on all of the Cabs I adore. 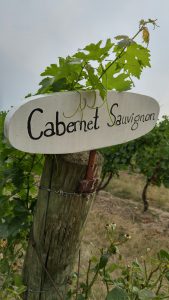 A visit to any wine region is incomplete without a bit of “age-chasing.” There are always wines held back from release on the open market and sometimes these gems can be quite old, and found only in the winery’s wine library.

Niagara has not been producing appellation-controlled wines for very long. Few mature Niagara wines exist to answer the question, “How do Niagara’s wines age?”

This is one of the oldest continually operating quality wineries in Niagara – showing us what kind of potential our local wines have.

Visit Reif, and perhaps you’ll have the luck to try some old Bordelais varietals or some exquisitely preserved icewines that reach back ten years or more.

Roberto explains that he loves the taste of aged icewine – especially Vidal. The colour darkens, deepens, and intensifies. 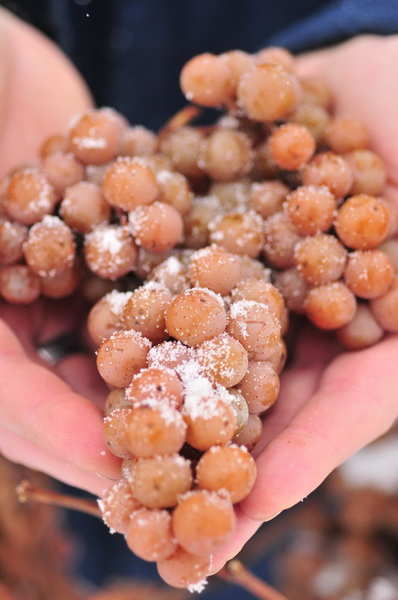 Aged Vidal develops a smoke and honey character unique to the grape.

Early in the winery’s history, Roberto relished in the opportunity to plant vines in a great variety of locations. This latitude is constrained by more stringent laws surrounding the import of plant life. 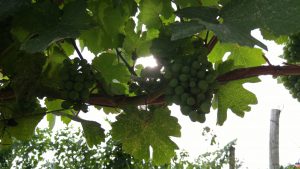 They experimented with plantings of Kerner and Semillon grapes, as well as Zinfandel. The Zin never really produced much and was eventually killed off by harsh Niagara winters, but the Kerner is still available as a single varietal in a wine that they release around November called “The Hanging Man.”

There is always merit in trying the unexpected. That’s part of the joy of discovering a young wine region.

I would like to extend my appreciation to Reif Winery for their hospitality. Thank you, Roberto, for taking the time to expand my understanding of Niagara wines, as well as introducing me to his team’s creations. 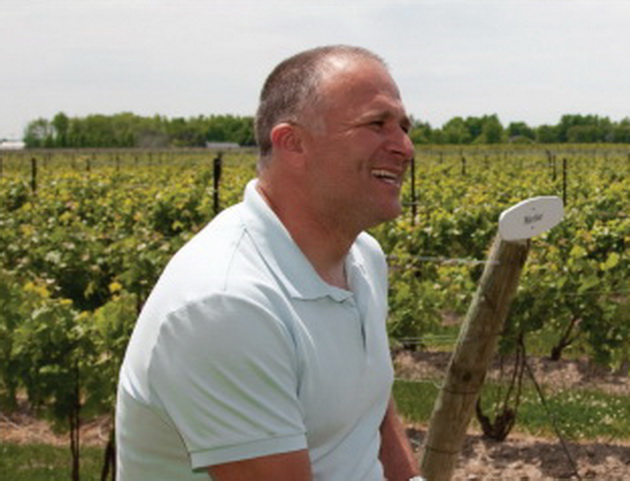 From an early age, Roberto was no stranger to the world of winemaking, as his father had been producing wine for decades and he found both success and enjoyment as he excelled as an amateur winemaker.

In 1985, Roberto began his education at the University of Guelph, where he specialized in fermentation technology. As a student, Roberto accepted an internship position at Reif Estate Winery as a research assistant.

During his time at the winery he participated in many research projects that would continue through to his final year of university.

After graduating in 1989, he was offered a position as the newest winemaker at Reif Estate Winery. As a professional winemaker, Roberto established a philosophy of ‘minimal intervention’ in winemaking.

Rob believes that in order to have the wine express itself most purely a einemaker must allow nature to make wine. During his time at Reif, Roberto has also discovered his true passion for reds, namely Cabernets and Merlot. 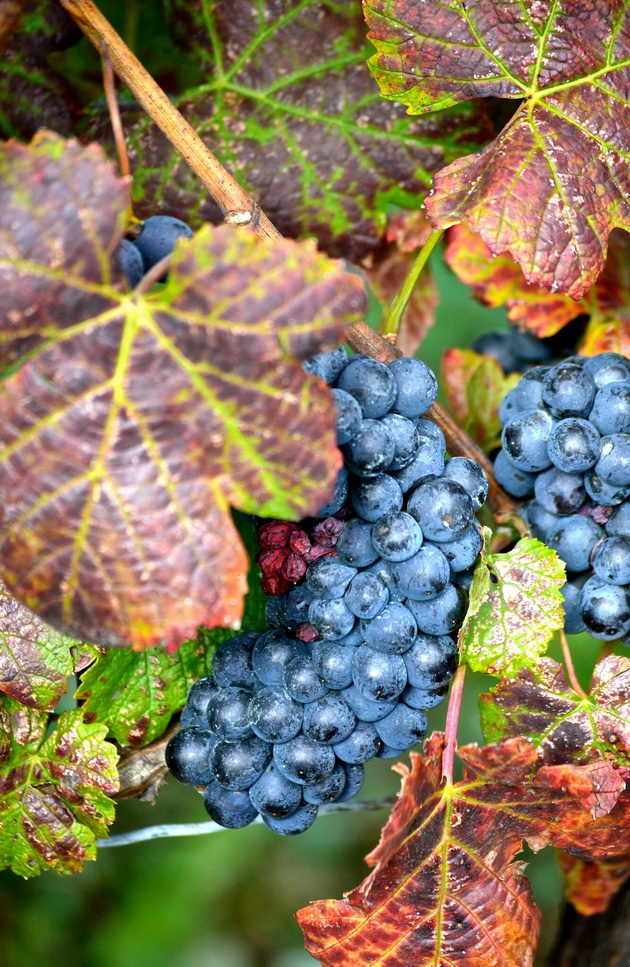 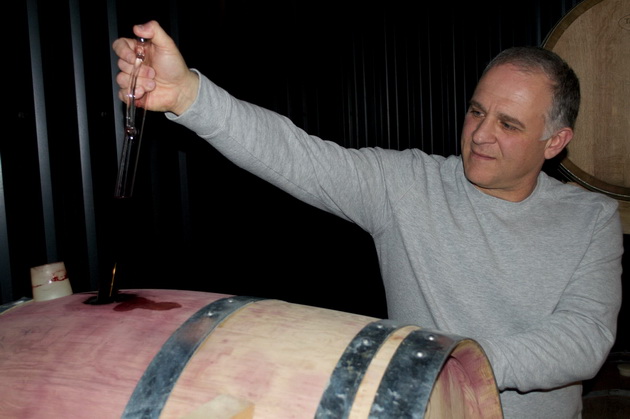 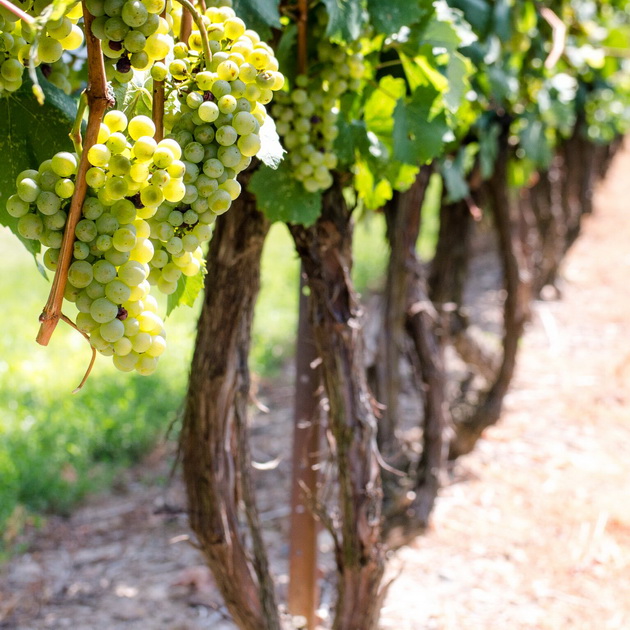 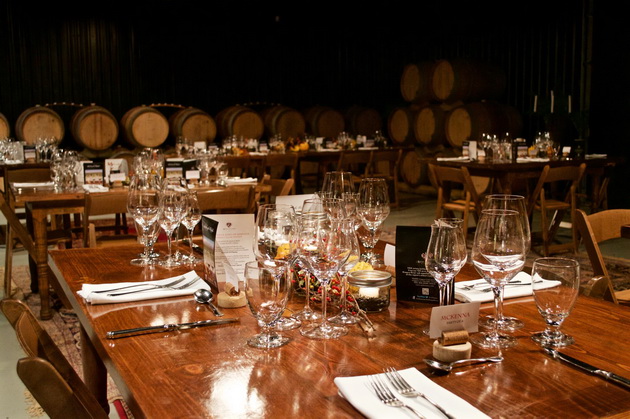 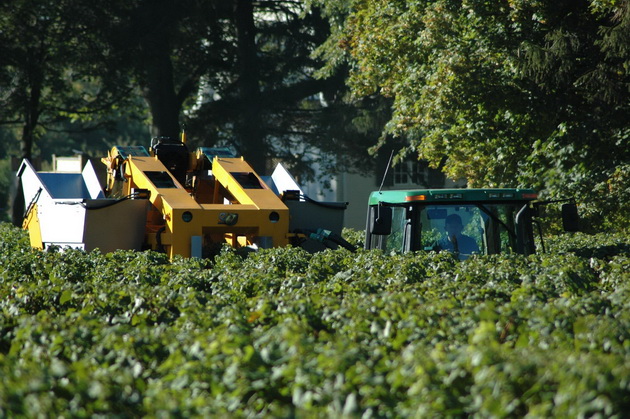 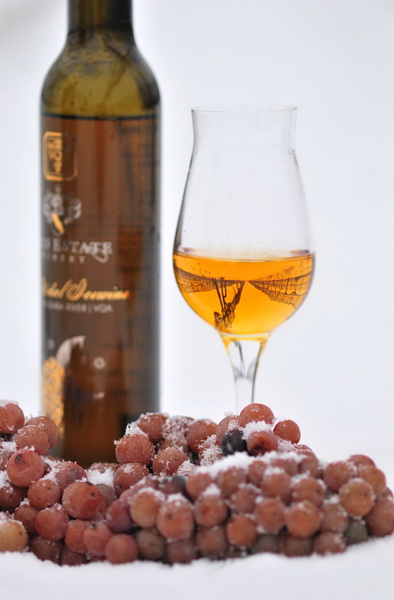 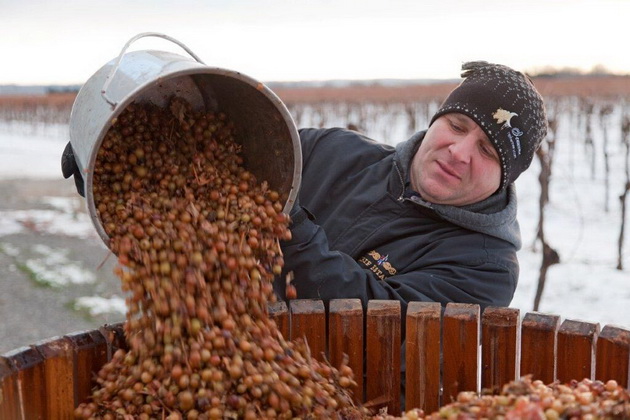