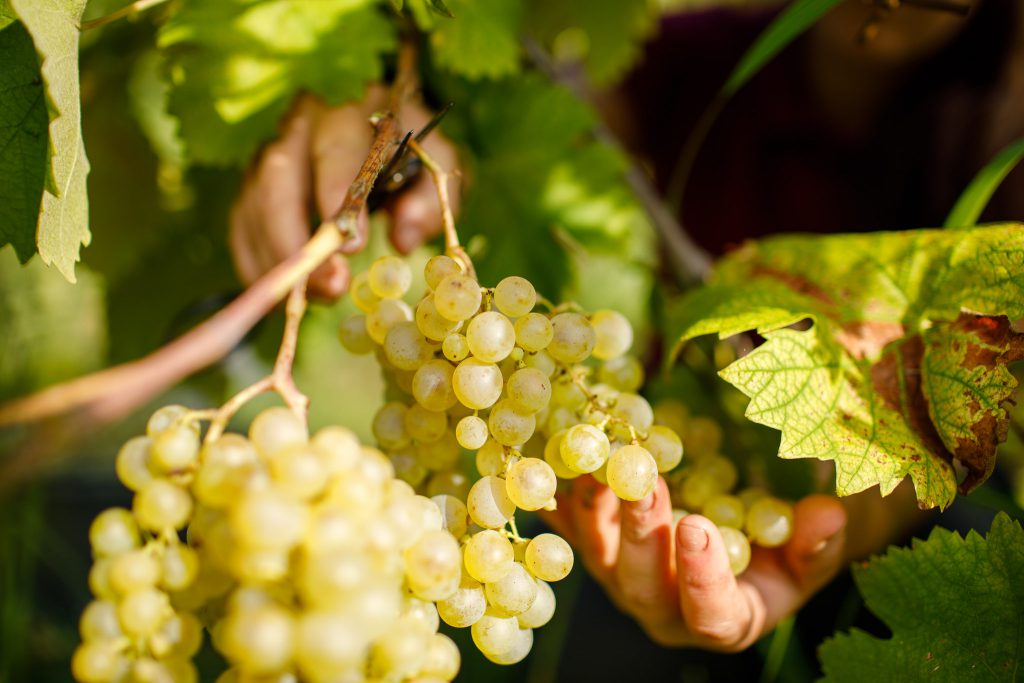 Recently, I had the opportunity to interview Alberto Ugolini, a passionate and knowledgeable brand ambassador for Santa Margherita, from his home in Italy.

With the holidays around the corner and Prosecco’s ever-increasing popularity, it was great timing to talk about this festive sparkling wine.

The sale of Prosecco has been increasing globally for the last several years. What contributes to this success?

There are several factors that fuel the success of Prosecco. The first, and most important, is its flavour profile. Prosecco is a joyful and vibrant sparkling wine.

It has delicate bubbles, scents of flowers, ripe stone fruit, crisp freshness, and an off-dry finish. These factors allow for both richness and ease of drink, and make this wine a versatile choice for different occasions, from enjoying it as aperitif with friends, to pairing it with light dishes such as fish and vegetables.

Let’s not to forget other factors for its popularity, such as the beauty of the hills between Conegliano and Valdobbiadene, a UNESCO World Heritage Site candidate, as well as the fascinating Venice lagoon.

A sizeable production of 500 million bottles helps assure availability of Prosecco in liquor stores, which in turn aids in making it convenient for purchase by most consumers.

Then there’s the technique of having a second fermentation in pressurized tanks which guarantees consistency throughout the different vintages.

Last, but not least, the affordable price of Prosecco. 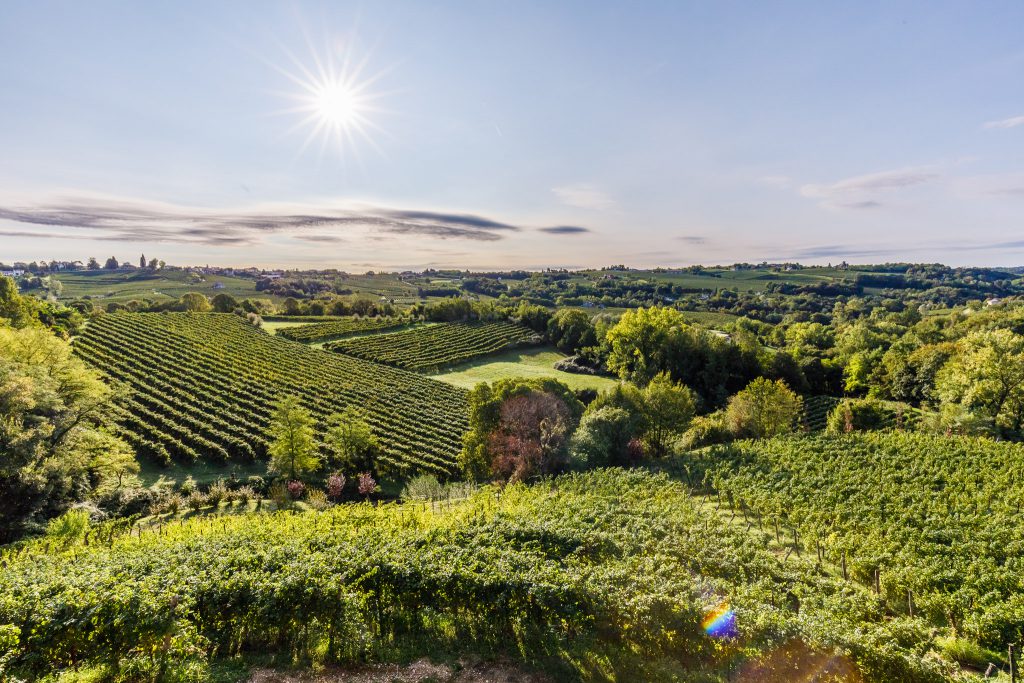 Can you tell me about the Veneto region and how it contributes to good Prosecco production?

The Veneto region is located in the north west part of Italy, surrounded by the mountainous chain of the Alps in the north, and by the Adriatic sea in the south east. This shapes an ideal climate for the cultivation of some grape varieties, especially the semi-aromatic Glera grape used in Prosecco.

A mild spring, a warm, but ventilated summer, and constant breezes from the mountains and from the sea, along with a mix of fertile flatland and steep hillsides, are the natural elements that shape the landscape and the climate of this part of Italy.

Nature is only part of the success. No Prosecco would exist without the creativity and ingenuity of the people who make it.

These are the same people who are heir to the industrious Venetians who traded in all the world many years ago. They are the ones who put all their passion and personality into this sparkling wine. 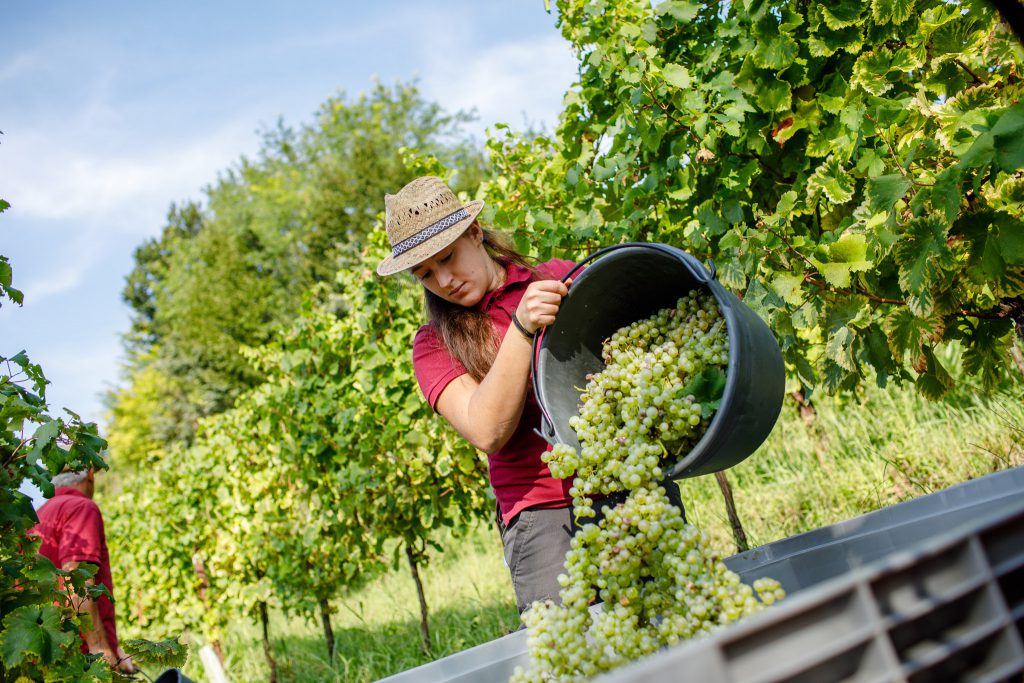 What unique flavours and aromas does the Glera grape bring to Prosecco?

When properly cultivated and processed, Glera, a semi-aromatic grape, has the potential to give the wine aromas of white flowers, fresh fruit (citrus), stone fruit (peach), and sometimes balsamic nuances (elderflower and mint).

This is all supported by a crisp freshness that is never sharp, but rather gentle and vibrant.

The hills between Conegliano and Valdobbiadene, where Procecco Superiore DOCG is made, is the birthplace of this grape.

With a higher altitude and a soil that is less fertile than in the flatland, the Glera grape is more concentrated, more refined, and brings more depth of flavours to the final Prosecco.

Question: What other grape varieties can be added to Prosecco and what flavours and aromas do they bring?

The varieties that can be added to the production of Prosecco, to a maximum of 15% in total, are local ancient varieties such as Verdiso, Bianchetta Trevigiana, and Pererae Glera Lunga.

Verdiso and Bianchetta, for example, can add acidity to the blend, but are not particularly rich and are low in alcohol.

Some of these varieties produce a limited yield, and some are susceptible to certain pests or diseases. These factors have lead to a reduction in cultivation which means less presence of them in the blend. Consequently, most Prosecco DOC and DOCG are 100% Glera.

Question: What are some of the different styles of making Prosecco?

Alberto:
Even if all Prosecco share a common sensory profile that includes fruitiness, freshness, vibrancy, and drinkability, there are differences in styles that are dependent on various factors.

These include the vineyards and their location, the selection of grapes, the first and second fermentation process, and the residual sugar.

The most important distinction is between Prosecco Superiore DOCG, produced in the hillside slopes from Valdobbiadene to Conegliano, and Prosecco DOC which is produced in the flatland of Veneto.

The style difference linked to levels of residual sugar varies from the nearly bone-dry taste of a brut, to the off-dry sensation in an extra dry, to the slightly sweet approach of a dry and demi-sec.

The place of origin has an impact on the style. Prosecco from Valdobbiadene, for example, has a fine expression. 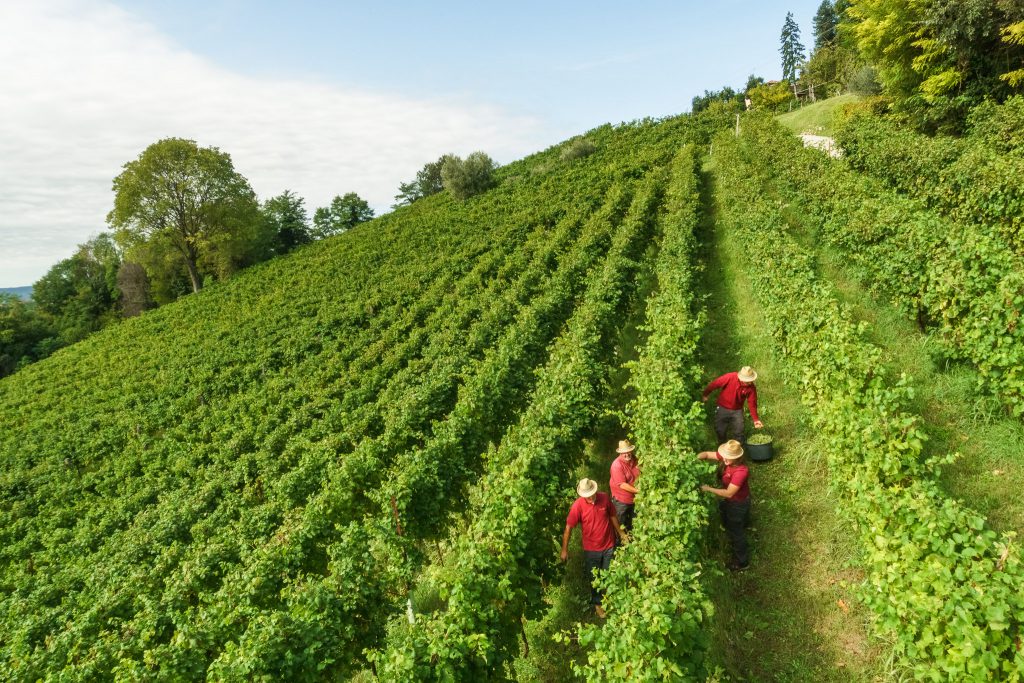 Question: What are some of the styles made at Santa Margherita?

Our Prosecco comes from the Superiore DOCG area. We have slightly different styles according to the specific sub-region of production and the level of dryness in the taste.

In the steep hills near the town of Valdobbiadene, we produce three Prosecco Superiore: Brut, Extra Dry and Dry. All are shaped by delicate floral aromas and crunchy fruit flavours.

The dry version comes from the famous Cartizze cru, has a higher intensity of flavours and a longer finish.

Our Prosecco Superiore Rive di Refrontolo is a bone-dry brut that comes from around the Refrontolo village.

Its grapes grow in the peculiar soils of our lofty vineyards (“rive” meaning “steep land” in local dialect). It is a sparkling wine that offers a more profound and mineral profile.

Each slightly different style is wrapped by elegance and finesse. 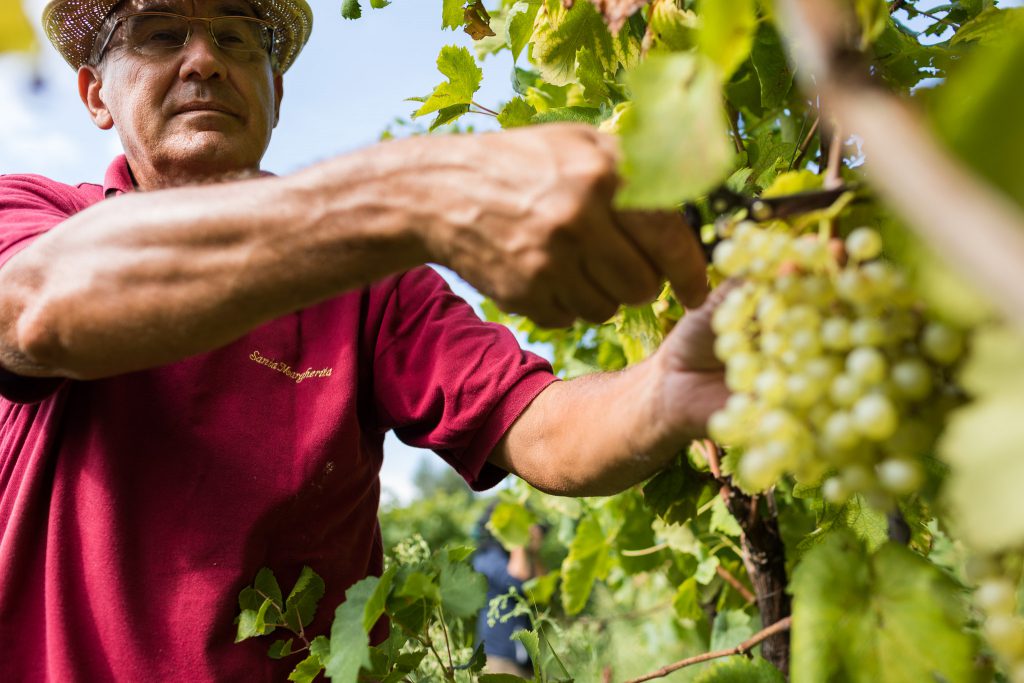 Question: Are there any particular styles that are gaining popularity?

For fans of Prosecco as well as for trend-watching sommeliers, three key factors are worthy of their focus:

1) The increasing attention to “terroir” in Prosecco Superiore, especially in the “Rive” classifications.

2) The shift towards a drier Prosecco, moving from Extra Dry to Brut and in the Brut category, to the ones with the lowest residual sugar.

3) A shift in choosing higher quality brands that deal with both quality and quantity, and that can assure consistency and richness over time.

Question: Could you explain the Charmat method of making Prosecco and how it impacts the wine and its bubbles? How does it differ from the other styles of making sparkling wines?

Bubbles (carbon dioxide) are a natural product of fermentation. During the first fermentation, from must to wine, the bubbles tend to escape from the tanks.

There are two main methods of trapping them inside a closed environment during an induced second fermentation.

The first is through the traditional method where the fermentation takes place in single bottles.

The second is through the Charmat method, where the fermentation is managed in a pressurized tank.

With the traditional method, as used in the production of Champagne and Franciacorta, non-aromatic grape varieties such as Chardonnay or Pinot Noir are used.

With these grape varieties, the sparkling wine within the bottle needs to be in contact with the lees for a long time to gain richness and complexity. This process can take one or two years, or sometimes even longer.

To produce a fruitier and more fragrant sparkling wine such as Prosecco and Asti, semi-aromatic or aromatic grape varieties are used.

These varieties allow for a shorter and less invasive method of obtaining bubbles, while at the same time preserving the aromas coming from the grapes.

The aim of the Charmat method is to have a briefer second fermentation period from one to four months in the more controlled environment of pressure tanks in order to exalt the floral and fruity character of the original grapes.

Question: With the holiday parties around the corner, what Prosecco would be fun to bring as a host or hostess gift.

Both Prosecco DOC and Prosecco Superiore di Valdobbiadene DOCG make wonderful gifts. Bring your preferred style as all styles have the same purpose of bringing happiness to the people who drink them.

Make sure the label is from the Prosecco area in the North East part of Italy. This is where we find the ideal climate and environment for the Glera grape variety, as well as the best technical expertise.

The other kinds of fruity sparkling wines that some people nickname Prosecco, are only fake imitations and can’t reach the personality and delicacy of the Italian originals.

Question: At your holiday party, what food would pair well with Prosecco?

Appetizers and tapas, or cicheti as we call them in Veneto, pair wonderfully with Prosecco. Fatty

and oily appetizers appear tastier and more delicious by means of the bubbles and the freshness of this wine.

Spicy appetizers are balanced by the residual sugar and the fruitiness. Vegetables and fish also pair wonderfully with our sparkling wine which is able to penetrate the fibers of texture and give zest to the food.

Question: What type of Prosecco would be your choice for ringing in the New Year?

To begin a New Year the right way, I’ll open a Valdobbiadene Prosecco Superiore Brut of Santa Margherita, an example of elegance and richness, versatility and depth.

It is a sparkling wine that has lots of terroir exalted by technical expertise and savoir-faire. It is a joyful and thrilling Prosecco Superiore, as I hope my next year will be. 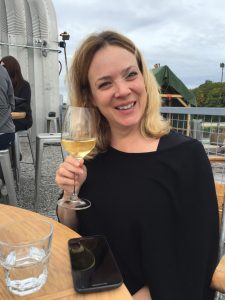 Melanie Lloyd recently completed the Certified Sommelier Certification program through the Ottawa based college La Cité and now considers wine making an art. As an art critic typically uses their eyes to interpret a painting or sculpture, Melanie uses her nose and palate to interpret wine.

She looks forward to sampling many wines, continuing to learn about this vast subject, and writing lots of wine blogs and reviews to share her passion with fellow wine enthusiasts.