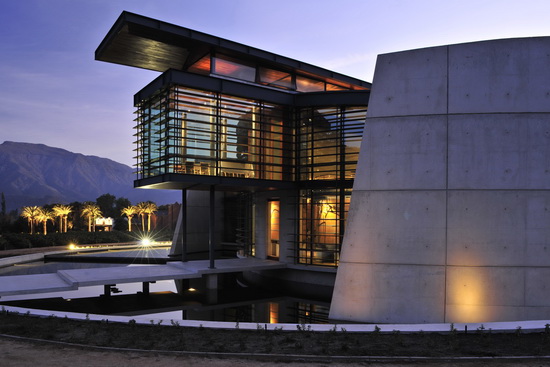 On October 31, I had the pleasure of joining Eduardo Chadwick and fellow industry professionals for lunch at the Shangri-La Hotel in Toronto. Bosk restaurant catered the intimate meal and Eduardo spoke about the wines that we tasted from Errázuriz Vineyards. 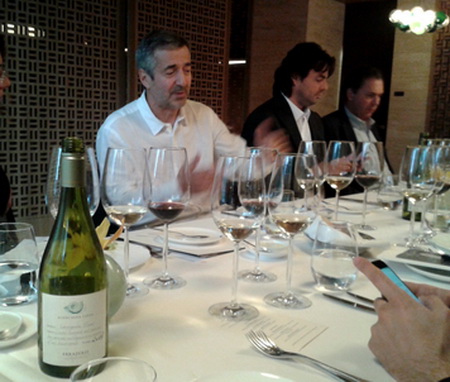 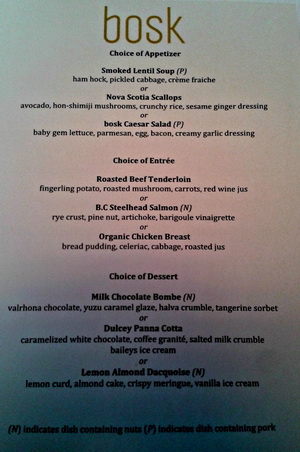 The majority of the wines tasted at the luncheon were from a relatively new wine region –Aconcagua Costa. About 12 km from the cool Pacific Ocean, Chile is able to successfully grow and harvest in a cool-climate zone that is very well suited to white varieties, as well as Syrah and Pinot Noir.

Soils are predominately schist in metamorphic decomposition derived from the Coastal Mountain Range. As a result of Viña Errázuriz’s research and vineyards planted in the region, in September 2012, Aconcagua Costa was officially introduced as a new D.O. appellation for the Chilean wine map.

This wine really challenged my knowledge and understanding of Chilean wine.

Done in a delicate, Sancerre style, this Sauvignon Blanc was crisp, refreshing and overall, quite pleasant. The fruit was not jammy or over-ripe and showcased the coastal terroir and regional minerality.

Pairing: Fresh oysters on the half shell with lemon and horseradish.

I am a big fan of Chardonnay, but mostly from an acclaimed cool-climate region. This was a pleasant surprise.

Made with natural, wild yeast, this wine maintained the delicate characteristics of the Chardonnay grape varietal. Faint expressions of new oak and a pleasant complexity. The creamy, buttery finish was exactly what I was hoping for. 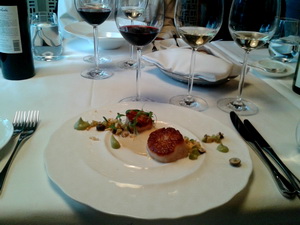 Arboleda, meaning “a glove of trees” revolves around the concept of protection. Eduardo explained that the first vineyard planted in this region had a lot of native trees, which supported sustainability.

A more feminine expression of Cabernet Sauvignon, elegant tannins, apparent fruit on the palate and structured acidity. 2012 was a great red wine vintage in Chile and it shows through with this wine.

Don Maximiano was an important figure in the Errazuriz history as he set out in search of remarkable terroir and chose to plant in the Valle de Aconcagua, where  in 1870 he founded his winery.

The herbs used on the salmon complimented the earth and spice in the wine. 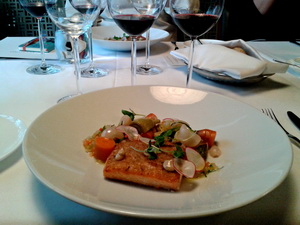 This red wine blend is the result of a partnership between Eduardo Chadwick and Robert Mondavi. The goal was to reach the full potential of Chile’s wine country and to create a truly world-class wine.

An honouring tribute to the late, Don Alfonso. In 1992 Eduardo convinced his father to convert land into vineyards at their home in the Alto Maipo Valley. Ten years later, the first vintage of Veñedo Chadwick (1999) was released to great success.

The 2004 Berlin Tasting was created by Eduardo Chadwick out of frustration for the lack of global recognition of Chile’s tremendous climate and terroir to produce premium wines.

The blind tasting was designed to have some of the world’s most highly accredited wine critics taste the best of the 2000 vintage from Bordeaux and Tuscany alongside Chadwick’s premium wines.

Chadwick explains that he never intended to beat the industry leaders, but rather be compared positively alongside the stars.

“It was never meant as a contest. We never expected to take first place, but everything we knew about the quality of our wines was confirmed by the results.” – Eduardo Chadwick

Pursuing wine as a discipline through the Wine & Spirit Education Trust (WSET), she has fully immersed herself in the industry by working as a tasting and sales associate for The Foreign Affair and by taking on several projects in the discipline of wine, including, but not limited to, acting as founder and coordinator of The Vino Enthusiasts Wine Club, as well as head researcher of a wine buyers and wine agencies project. Melissa is an active writer for Natalie MacLean and for her own personal wine and culinary blog and intends to continue on a forever pursuit of wine knowledge.