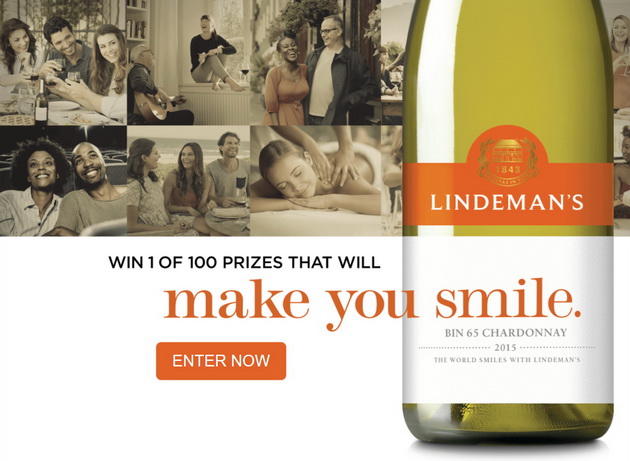 What makes you smile?
Time with family, getting together with friends, moments of real connection.

Enter this Lindeman’s Wines Contest, and you could win one of 100 prizes that will make you smile. 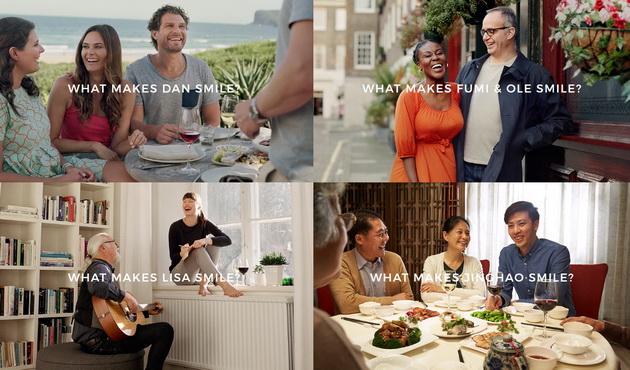 You can also watch videos of smile moments.

Lindeman’s Wines are part of those smiles in 100 countries around the world, 80 million times a year. 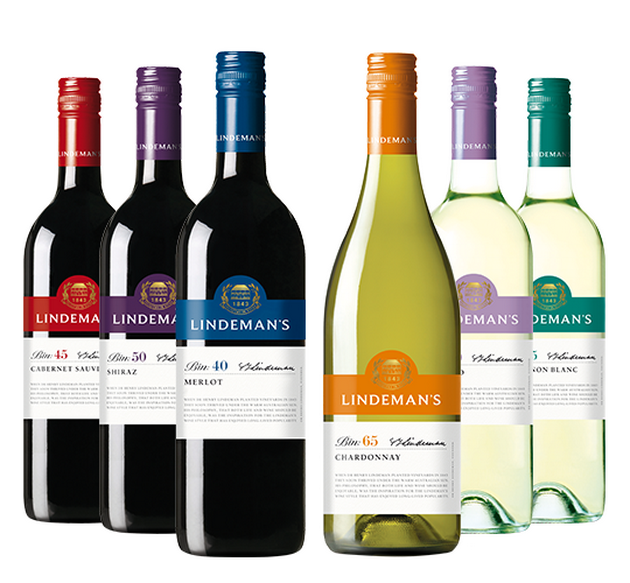 It was in the 1980s that Lindeman’s most well-known wine was created. Lindeman’s iconic Bin 65 Chardonnay was launched in Canada in 1985 in response to the popularity of Lindeman’s approachable and fruit-driven style of wines in the northern hemisphere. Following its success in Canada and the United States, Lindeman’s Bin 65 was then ‘brought home’ to Australia in 1991.

Bin 65 Chardonnay captured the world’s adoration of Australian wine and propelled the popularity of Lindeman’s on an international scale. The Bin Series has since grown to incorporate 18 popular varieties.

Today, Lindeman’s is enjoyed in over 100 countries around the world. We are proud to draw on 170+ years of continued winemaking and entrepreneurship to craft popular wine styles that people simply love to drink 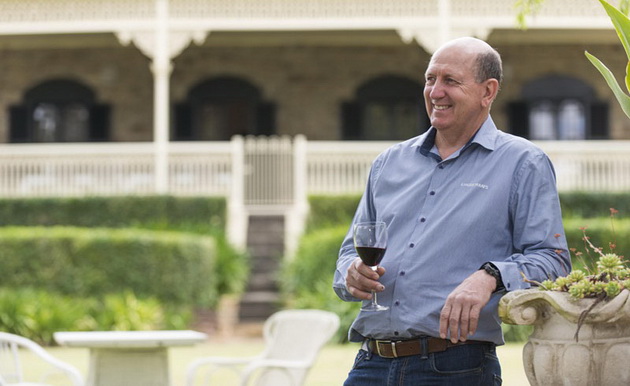 Few winemakers could claim to know their wines better than Wayne Falkenberg. He joined Lindeman’s as an Assistant Winemaker in 1976 and in the past 40 years has witnessed Lindeman’s development into one of the largest selling Australian wine brands in the world.

Today, Wayne heads up Lindeman’s winemaking team at Lindeman’s Karadoc winery in north western Victoria. He has seen the birth and phenomenal success of Lindeman’s Bin 65 Chardonnay and today, oversees the majority of the Lindeman’s wine range including the Cawarra, Bin Series and Early Harvest wines.

For Wayne, it was an early interest in biochemistry and his connections in the winemaking fraternity that saw him try his hand at winemaking. He was born and raised in the Barossa Valley, South Australia, where his parents grew grapes for a number of wineries in the region. At the encouragement of his uncle, a winemaker, Wayne spent holiday breaks working with some of Australia’s greatest winemakers such as Wolfgang Blass, John Glaetzer and Jeff Grosset.

In 1974, Wayne enrolled at Roseworthy Agricultural College in South Australia and completed his Diploma in Oenology. Two years later he embarked on his career with one of the founders of Australian winemaking, Lindeman’s.

As the winemaker of Lindeman’s most popular wine range, Wayne has an enormous responsibility and a great challenge to make consistently great tasting wines for everyday enjoyment. He says; “The wines I make are the ones you drink at the end of a satisfying day – at a picnic, a BBQ or accompanying dinner at home. They’re probably harder to make than most wines because you’ve got to be able to reliably produce a wine that is instantly recognisable year in, year out. There’s no way Mother Nature can give me the same ingredients – even two years in a row – so every vintage is a new challenge and a new learning opportunity.”

“Over the years I’ve trained a lot of young winemakers. They are invariably keen to make their name producing the best and most expensive wine the world has seen. But I say to them, the most rewarding experience for me is to produce great wine that millions of people will enjoy around the world, every day.”

With Lindeman’s remarkable global popularity, Wayne has travelled the world to meet our consumers, trade and business partners, including the United Kingdom, Japan and China.

Having led Lindeman’s winemaking efforts for four decades, Wayne shares a deep knowledge of Lindeman’s winemaking history and heritage, a perspective of longevity and consistency and knack for ensuring that Lindeman’s stays true to its wine style, while remaining innovative and responding to the changing tastes of our consumers world-wide.

Lindeman’s is enjoyed 80 million times a year in over 100 countries around the world – allowing family and friends to reconnect and enjoy time together.

Lindeman’s global popularity has been driven by the positive philosophy of Dr Henry Lindeman, who established Lindeman’s in the Hunter Valley in 1843.

Perfect for everyday moments, yet equally worthy of an occasion, Lindeman’s immensely popular wines are approachable and accessible, with an unfailing record of consistent quality and timeless appeal.

What makes us smile? Friends and family around the table, sharing stories over a bottle of wine, hearty conversation and great food, any day of the week and any time of year.

The World Smiles with Lindeman’s

In every bottle of Lindeman’s wine you will find the spirit of our founder, Dr Henry Lindeman. From humble beginnings in the Hunter Valley in 1843, Dr Lindeman laid a strong foundation for what has become one of the world’s most popular wines.

This contest and post is sponsored by Lindeman’s Wines.