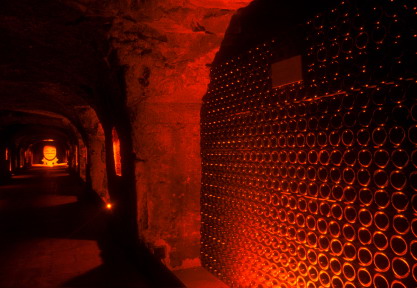 On the edge of being GPCi worthy (a bit too expensive for the years it can be cellared). Trapiche is an outstanding and a consistent producer. Their single vineyard is especially good. If you want to treat yourself and see the difference between a $15 and a $40 Malbec, this is a good opportunity. You don’t need to be an expert to taste the difference.

I really like D’Arenberg Dead Arm Shiraz, but the reviews were not as good as in previous vintages. 2007, as well as 2008 and 2009, were ‘ok’ vintages relatively to the 6 previous ones that were outstanding in that Australia region. It’s a ‘Skip’ for me this time. With $55 I’d buy some other wine from this release. Keep reading… J

According to my notes, this wine was available back in Feb 2nd 2008 release (cost $2 less). It’s a blend of Merlot and Cabernet Franc (about 75% and 25% respectively), expect medium-full-bodied. Notes of raspberry, licorice, and hints of mocha. Finding a 13/14 year good Pomerol for $50 is rare especially when it’s a good wine.

I’ve been collecting this CdP since 2001. I remember standing in line for the 2003 vintage (was worth it!). Consistently a great CdP performer. Their 2009 version seems to be as good as the 2008, but not as good as their 2007. Still expect nothing short then outstanding. With no doubt I’d buy this wine and not the Dead Arm (although different in style, similar in price)

One of the best Gigondas producers. This is definitely a GPCi worthy (less than 2.5 GPCi is a great bargain). From the sought-after 2007 vntage, don’t even think twice if you like the style (which I do…). Buy 2-12 bottles. If you decide to open a bottle today, decant in for 30-60 minutes. The other bottles can be probably cellared for 10-15 years. Great buy!

And now for the savings and real treats (if you like Spanish wines like I do). An 11 years old Gran Reserva from the beautiful region of Cariñena (near Saragossa, north east to Madrid) for less than $20. Do I need to say more? If you like old-world Tempranillo with black fruits, leather and black olive notes, this one is for you. Don’t look for power here… it’s all about the lay-back feeling and the integrated array of flavors.

Here we go again (in a good way…). 100% Monastrell (aka Mourvèdre), 48 months in large American barrels and ALL of this packaged in $20 bottle. I have three things to say – Buy, buy, Love… Will be perfectly matched with lamb marinated with extra virgin olive oil and salted rosemary.

His great passion for wine revolves around old-world wines such as Spain, France and Italy while experimenting the new world exciting regions of Chile, Argentina, Australia, Canada, the US and others.