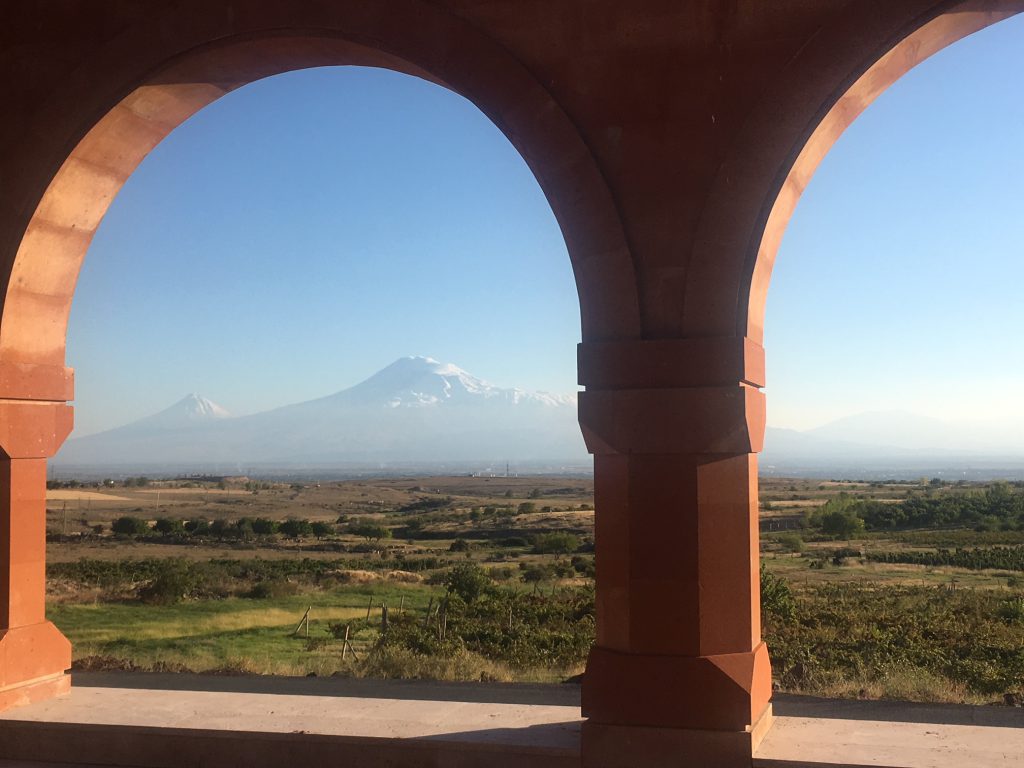 A View of Ararat from Armenia Wine Company

I’ve tasted thousands of wines – perhaps even hundreds of thousands – from all over the globe yet, until now, none had been Armenian. So when I was invited by the Vine and Wine Foundation of Armenia (VWFA) to explore Armenian wine culture, I was thrilled to say yes!

There is a great energy here, with new wineries, wine bars, and wine shops popping up everywhere, many of them owned by Armenians who, returning from abroad, are investing heavily in this renaissance.

Chances are many of us might not be able to point to Armenia on a map of the world, so here’s a little background. In the mountainous Caucasus region between Asia and Europe, Armenia is bordered by Turkey to the west, Azerbaijan to the east, Georgia to the north and Iran to the south. 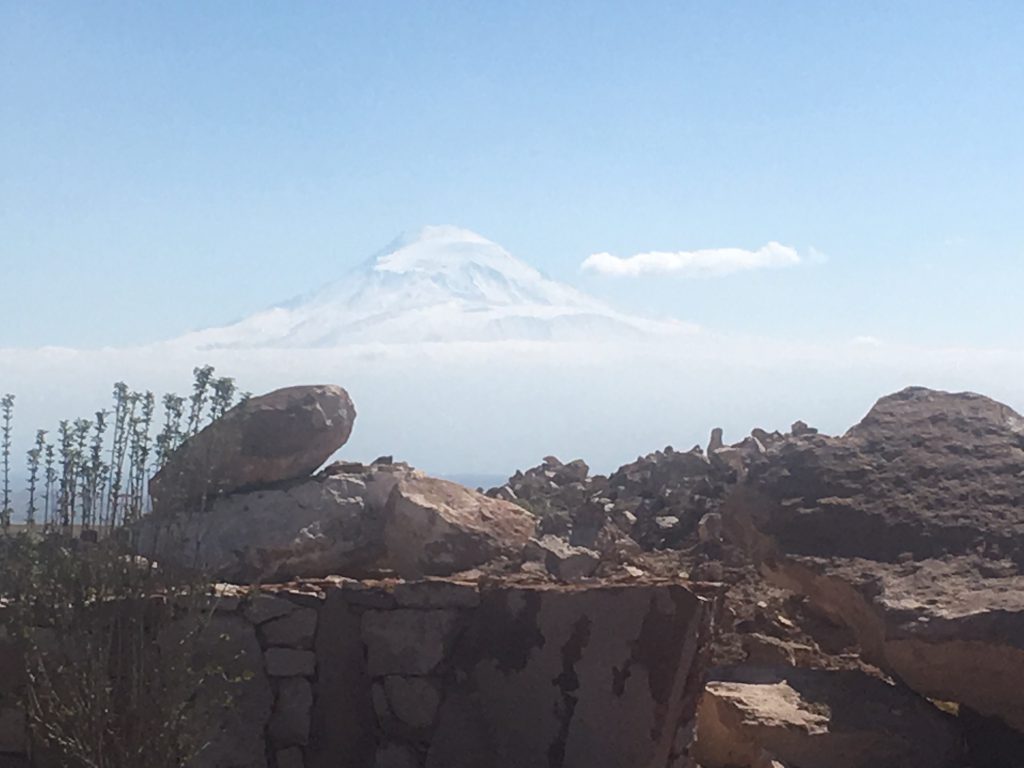 Its climate is continental, with dry and sunny summers – average temperature ranges between 72°F and 97°F – and is blessed with cooling alpine air at night. The winters are cold – 14°F to 23°F – with plenty of snow cover. The average altitude of this mountainous land is 5,900 feet (1,800 meters) above sea level, with much of its 15 types of soil having been formed by ancient volcanic activity.

On the wine making map of the world, Armenia is even harder to find, but it’s one of the oldest winemaking regions in the world. Sadly, due to Soviet-imposed rules (1930-1990), dictating wineries mass produce brandy and fortified wines, it lost touch with its tradition of winemaking and fell into obscurity.

However, I intend to show you that Armenian wines are unique and Armenia is one of the world’s most fascinating wine regions. I believe the Armenian wine industry is about to make a big splash; here’s why … 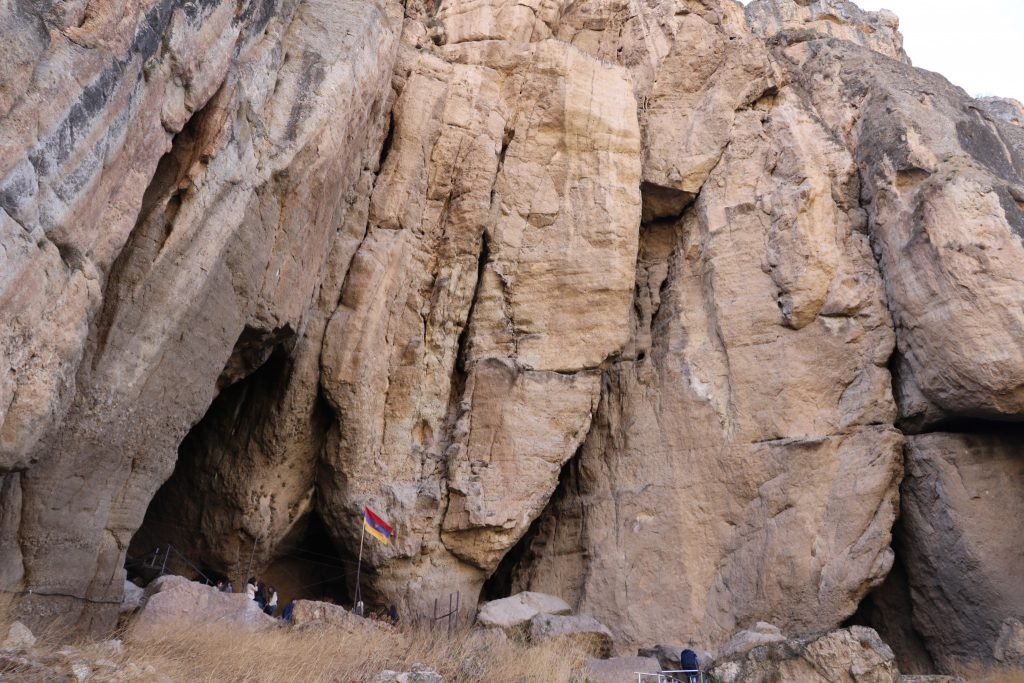 Legend has it, Noah – yes, that Noah – planted his first vineyard on Mount Ararat, and in the 8th century BC, the King of Urartu described the Ararat Valley as “the land of the vineyards”. It’s in Armenia that we find the oldest known wine cave dating back 6200 years. This cave, named Areni- 1, is located in the Vayots Dzor Region of southern Armenia.

Discovered in 2007 and excavated until 2013, archeologists discovered well-preserved vats, long clay basins, grape seeds, wine presses, and drinking cups. But they found more than the remains of wine production; they also uncovered the oldest known leather shoe, a human skull, and ancient graves, all which suggested to the experts that the wine was possibly linked to spiritual rites and rituals, especially considering the science of fermentation was still perceived as magic. 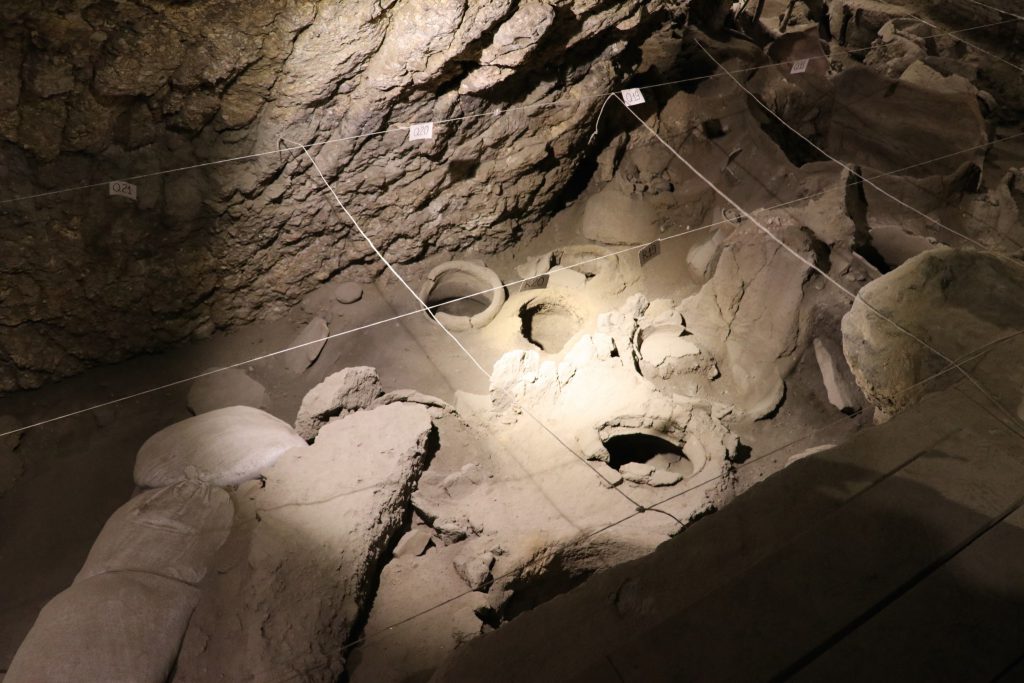 And there’s one more thing those archaeologists may have unearthed in their digging. Following the discovery of that ancient wine cave in 2007, a new generation of vintners and winemakers began to awaken to their own potential. They started investing in their wine industry, creating quality wines from indigenous grapes that reflect the essence of Armenian terroir and tradition. 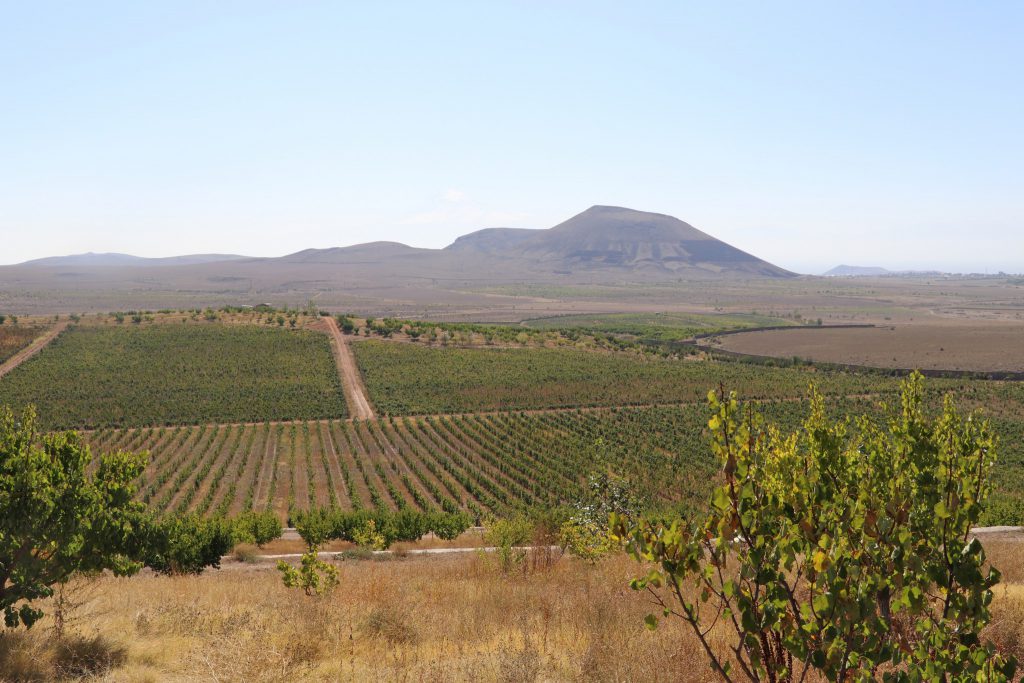 The most famous grapes are:

Areni Noir – is an old red grape variety originated in the village of Areni, in the Vayots Dzor Region of southern Armenia. One of the challenges of the Armenian climate is its temperature variations, but the Areni grape has adapted well to it, and is also extremely disease-resistant.

I fell in love with many of the Areni wines I tasted on my trip; they often have a velvety texture, fresh nose, cherry notes, black tea flavours, and black pepper on the finish. 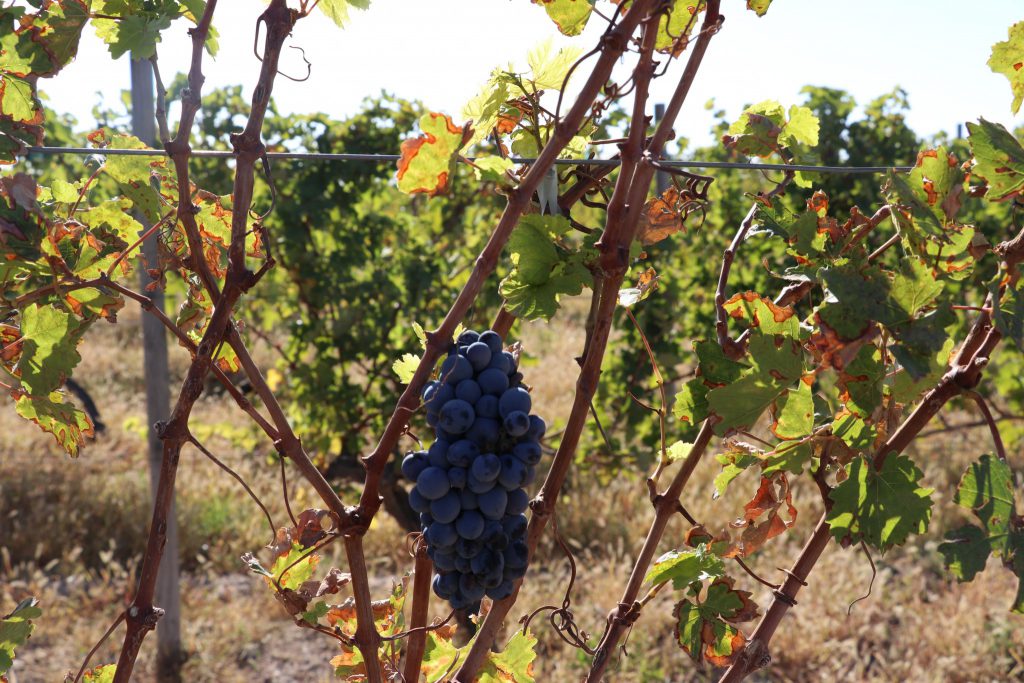 Kangun – means ‘stable’ in Armenian, and this dependable white grape is aptly named, as it is very resistant to rot and pests. It was – and still is – used a lot for brandy production, but it also makes an elegant, dry, and fresh wine with white flowers, gooseberries, and quince notes. Its characteristics remind me of the better-known, Viognier.

Voskehat – this white grape has rightfully been crowned by the locals I met as “the queen of Armenian grapes”, as it produces one of their more exquisite white wines. Voskevat literally means “golden seed” and some vineyards, especially in the Aragatsotn, Armavir, and Vayots Dzor regions have vines that are more than 150 years old. It’s an aromatic grape, light in colour, with elegant, appealing floral notes. 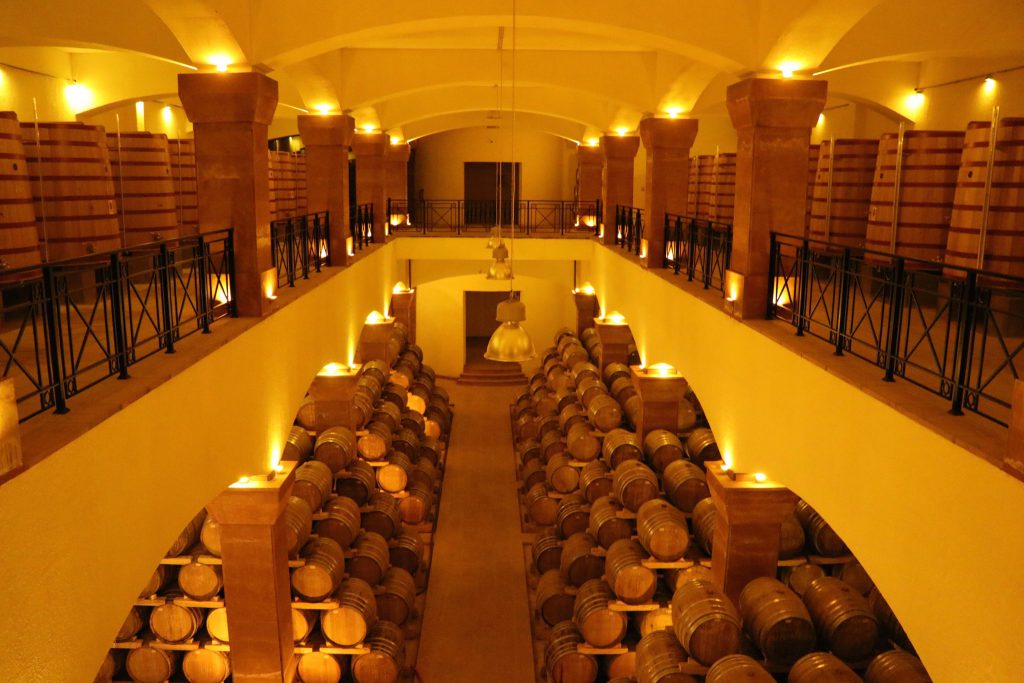 The Cellars of Armenia Wine Company

Karas are large clay pots that were used to ferment and age wines in Armenia more than 6000 years ago; they were discovered in an ancient wine cave, Areni-1. A few wineries, such as Zorah Winery and Voskevas Winery, have embraced this ancient tradition, in pursuit of creating wines that are true to their origins.

The practice of using these clay vessels had been lost through the ages, but a dedicated handful of winemakers are putting in the time, investment, and experimentation needed to resurrect this ancient winemaking technique.

Zorah Winery – Winemaker, Zorik Gharibian, was about to buy a vineyard in Tuscany, when he changed his mind and decided to return to his ancestral roots in Armenia. For Zorik using karas is about so much more than bringing back tradition; by aging the wine in a vessel made from the same earth the vines grow in, he feels he is keeping the juice vibrant and alive. 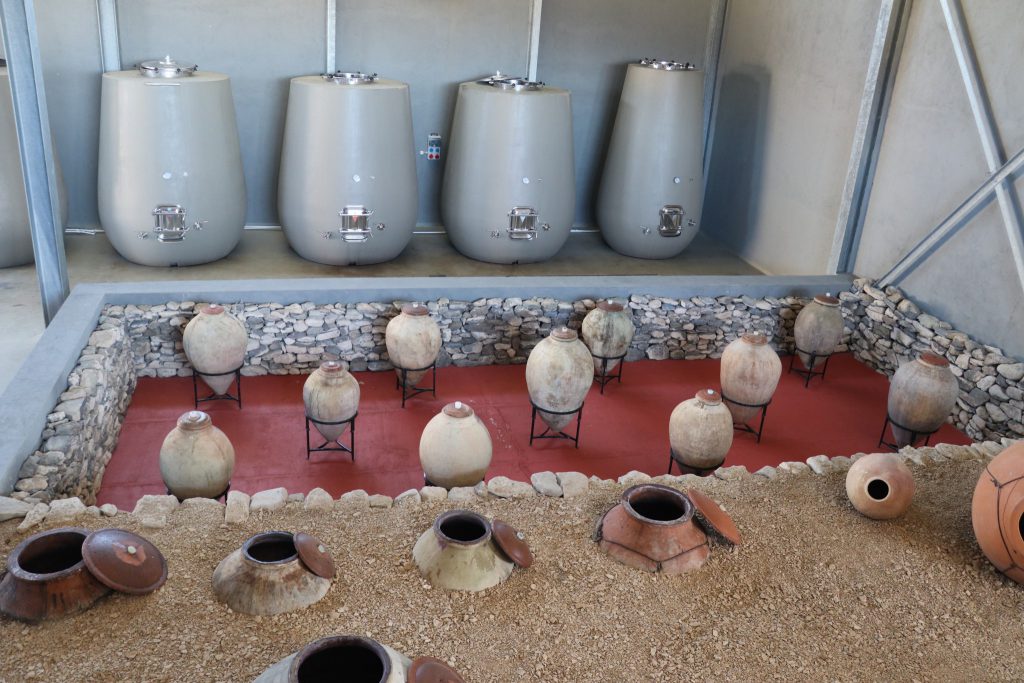 “Amphorae doesn’t bring or take anything from the wine, it creates a space for the wine to keep it alive,” says Mr. Gharibian. The trouble is, Zorah Winery can’t find enough karas in which to age their wines, so, a pottery works and school onsite where karas will be crafted is in the planning stage.

Voskevas Winery – is located in the village of Voskevas – Armenian for “golden grape” – in the Aragatsotn region of Armenia. Unlike Zorah winery, which ages its wines in karas, Voskevas uses them to ferment the wines for at least 20 days with Armenian yeasts. Their karas are coated with beeswax to avoid bacterial penetration and the top is covered with plastic to stop dust from falling in. 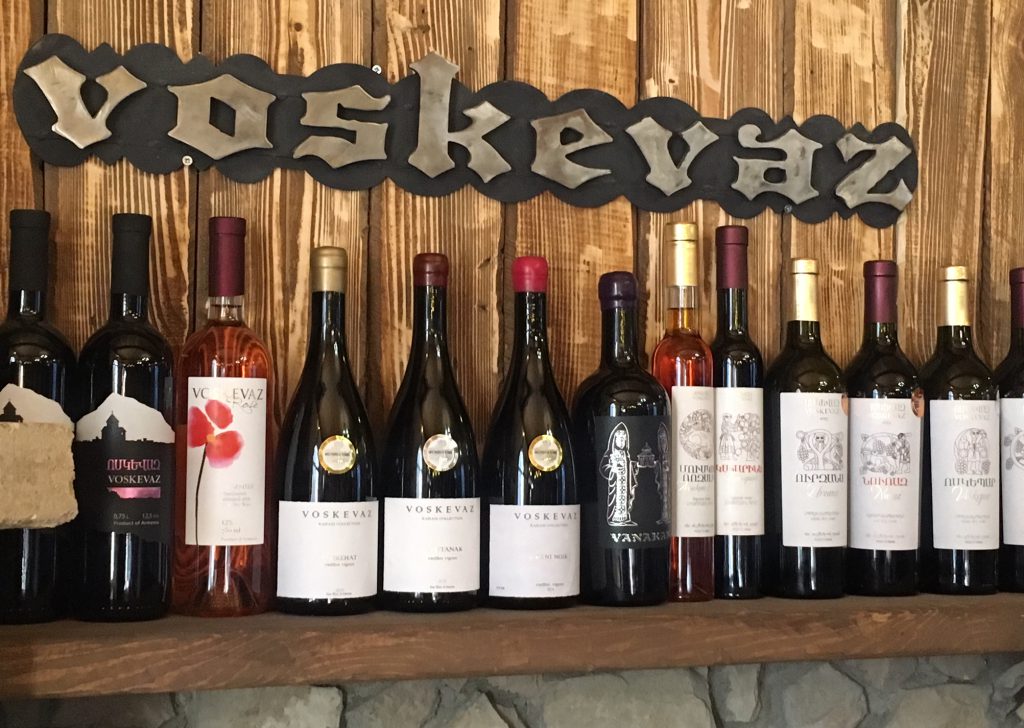 Most wineries here use barrels made from Armenian oak; the winemakers are proud of their quality and find them to be best for bringing out the terroir expression of the wines. Armenian oak is a unique species of Caucasian oak, characterized by modern or softer tannins and aromatic notes which allow winemakers to keep the wine’s naturally fresh and mineral nature. It is a great oak choice for white wines and delicate red grape varieties, such as Pinot Noir.

4. You Support the Rebuilding of a Nation While Enjoying Great Wines 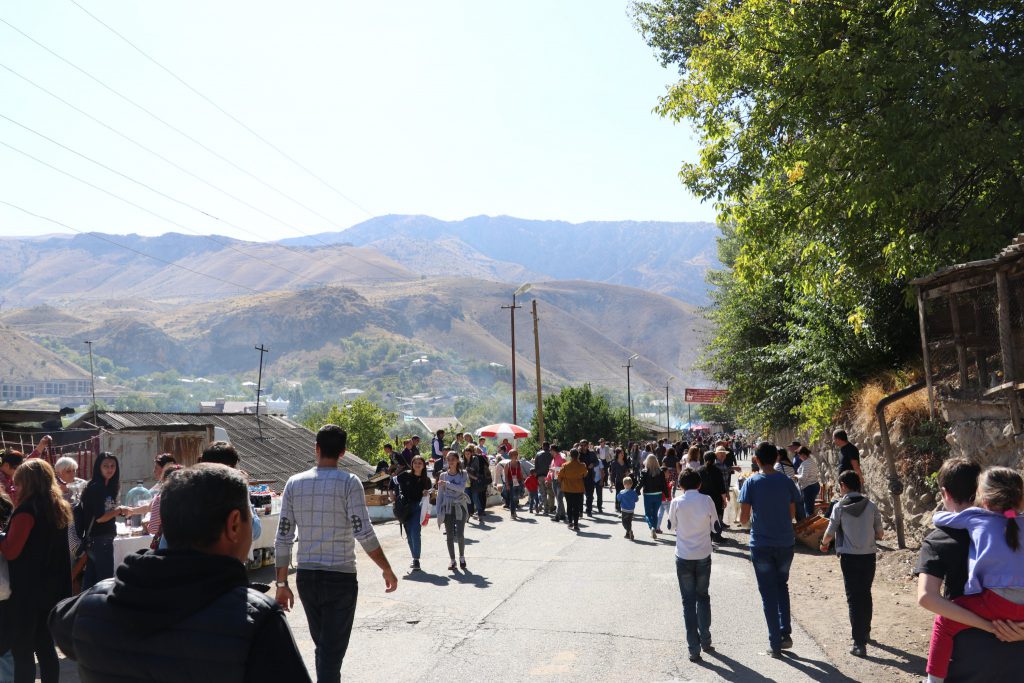 It takes decades for a country to heal from this degree of devastation, both economic and cultural, and Armenian ex-pat winemakers and investors have taken up the cause, by returning home to rebuild their wine industry. The Armenian Wine Company (AWC) is helping to develop the wine industry, while creating employment and tourism opportunities.

Armenia currently exports its wines to 15 countries, including Russia, Israel, USA, Canada, and Japan, with the odd Armenian bottle turning up on good, extensive wine lists across the USA, however, the main destination for Armenian wines is Russia. Armenian wines are sold in Montreal and hopefully we will soon see them in my home terroir of Ontario.

5. Quality at a Fraction of the Price 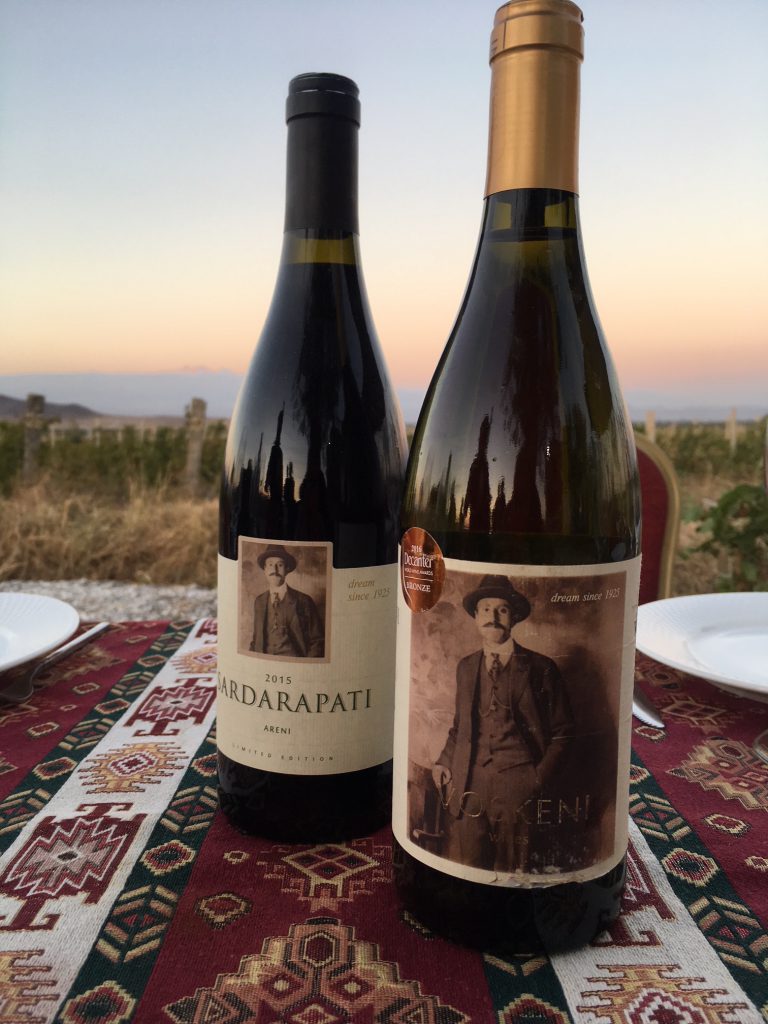 Unlike regions such as California or Burgundy that have established a great reputation around the world and can therefore demand top dollar for their products, Armenia still has a way to go. The good news is, Armenian wines are an excellent value for money, offering great quality at wallet-friendly prices.

While in Armenia I tasted good wines for as little as $4 a bottle! That’s a price that would never be associated with anything but plonk from Bordeaux or Napa. The time to try Armenian wines is now, while the quality is on the rise but the prices are still low … for now.

The time to visit Armenia is also now. Thinking about your next wine adventure? Think beyond Piedmont, Burgundy, or Napa, Armenia is the oldest new wine region you’ve never heard of, and it’s waiting to be discovered!